The evolution of NFL cheerleader uniforms over the decades 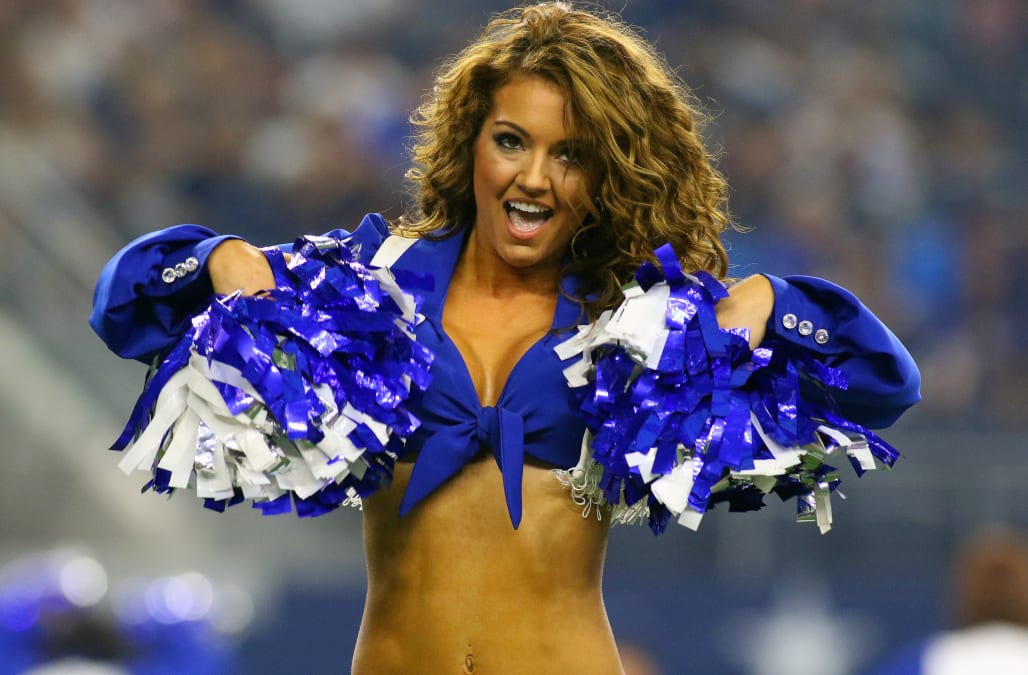 When the New England Patriots take on the Atlanta Falcons in Super Bowl 51 on Sunday night, you can bet football fans will be pitting the two teams against each other to determine this season's NFL champion. For those who don't pride themselves as football fanatics, the Super Bowl remains an annual must-watch experience. The commercials, the prop bets and a group of spirited women on the sidelines make the game a crucial event.

Ah, the cheerleaders -- a component that has remained one of the league's most cherished mainstays. These spirited women have been cheering since the sport's beginning - just not their uniforms. The past years have seen an evolution of cheerleader uniforms.

Take the NFL's first cheerleading squad for instance. In 1954, the Baltimore Colts were the first team in the league to ever have cheerleaders, and their uniforms pictured below started out innocently enough, right? 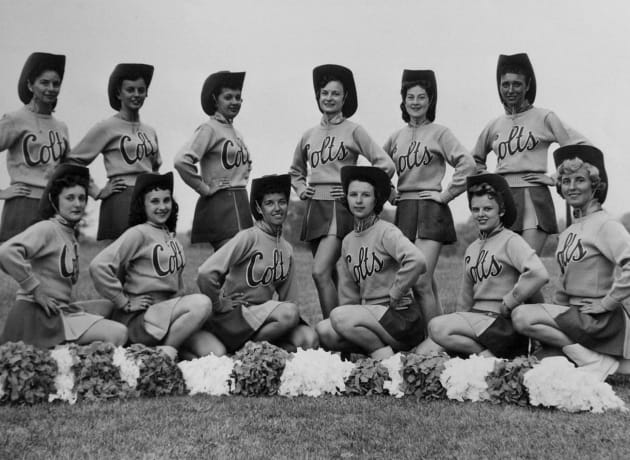 Mid-thigh grazing skirts, western hats, barely any make up and actual knitted sweaters. They look homemade! The perfect costume for a wholesome game of American football.

Take a look at the Indianapolis Colts cheerleaders now. 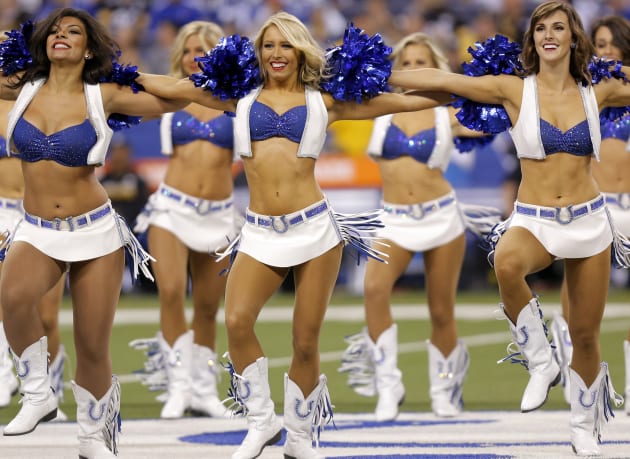 These costumes have come along way from the heavy sweaters and mid-thigh grazing skirts, like those from the first NFL cheerleading squad.

Fast forward a few years, and you can begin to notice more personality in the costumes. The women's attire began to liken the themes of their team mascots.

Take a look at this Oakland Raiders cheerleader on the sidelines during Super Bowl XI in 1977. 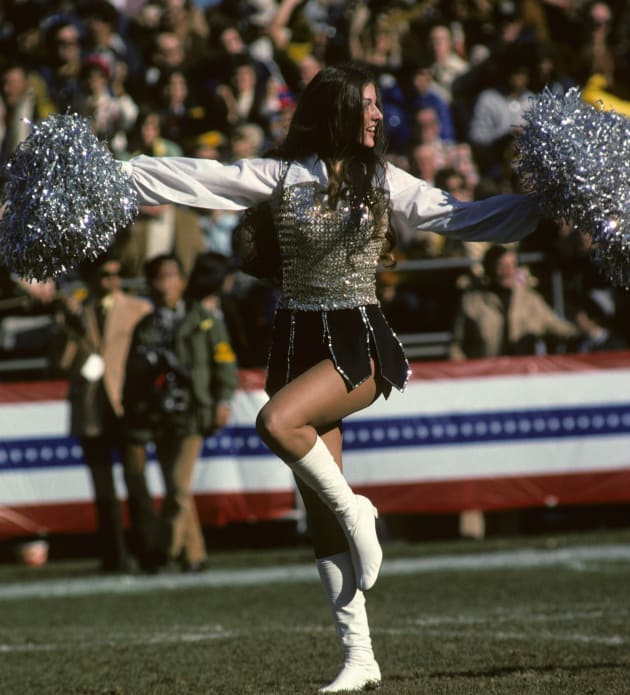 One noticeable difference, however, is that the skirts began to get considerably short. Perhaps for higher kicks? 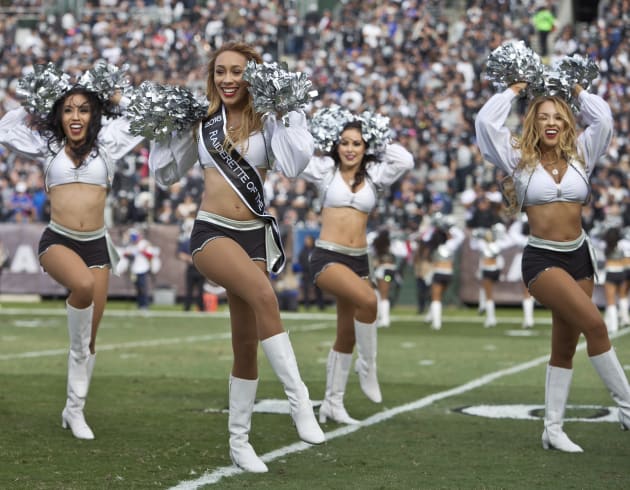 However, one squads uniforms appear to have stood the test of time: the Dallas Cowboy cheerleaders.

Widely regarded as one of the NFL's best cheerleading squads, the squad was originally founded in 1960 under the name, "CowBelles & Beaux." 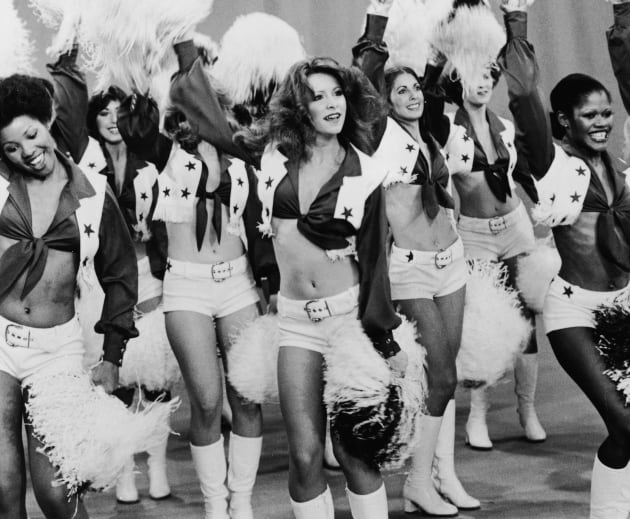 The team didn't become the "Dallas Cowboys Cheerleaders" until 1967 after a well-endowed stripper caused a stir during a game after walking down a staircase stand on the 50-yard line, carrying cotton candy in each hand, to which she was met with roaring cheers.

Aware of the role the entertainment industry could play to the Cowboys' profitability, Cowboys General Manager Tex Schramm was inspired to form a cheerleading squad dressed in similar fashion to that of the stripper, at least according to an excerpt in Mike Shropshire's "The Ice Bowl."

Here are the Dallas Cowboy cheerleaders now. It's probably the least drastic change in our list. 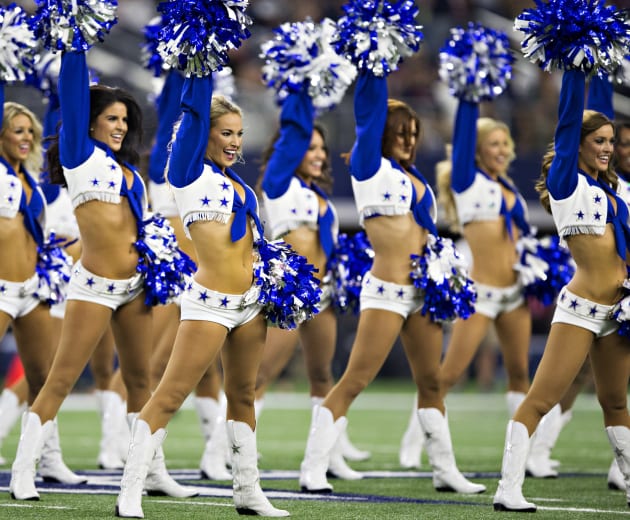 See more great photos of cheerleader outfits through the years:

The evolution of NFL cheerleader uniforms
Up Next

More from AOL.com:
50 years of elation and heartbreak: Looking back at the history of the Super Bowl
The Falcons took an enormous gamble by ignoring Bill Belichick's advice on trading for Julio Jones, and it paid off big time
A history of every New England Patriots Super Bowl game