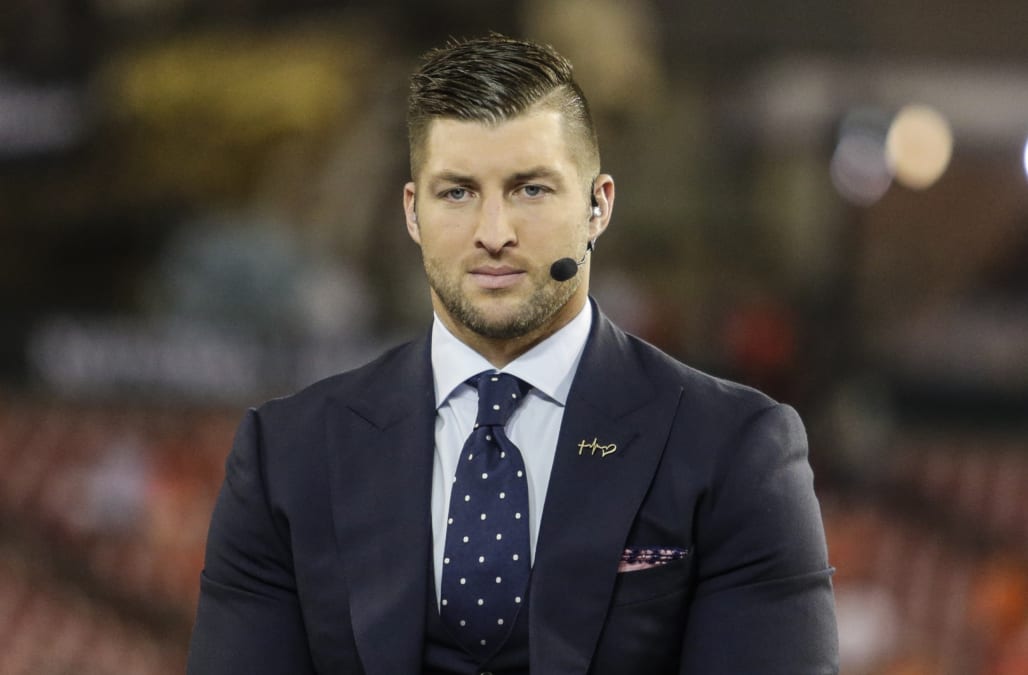 In 2013, former Heisman Trophy winner Tim Tebow signed a two-year deal with the New England Patriots with the hope of learning from Tom Brady and Bill Belichick and revitalizing his unimpressive NFL career.

He was cut before the start of the regular season.

In his new book, "Shaken," Tebow reveals one particularly devastating detail from his brief stint in New England. Over the summer, Tebow was offered $1 million to appear in a one-day commercial shoot. Before accepting the check, he decided to ask for Belichick's permission.

The 16 best books of 2016
When Breath Becomes Air by Paul Kalanithi
BUY IT
Lab Girl by Hope Jahren
BUY IT
The Girl on the Train by Paula Hawkins
BUY IT
End of Watch by Stephan King
BUY IT
Our Revolution by Bernie Sanders
BUY IT
Two by Two by Nicholas Sparks
BUY IT
Cravings by Chrissy Teigen
BUY IT
Eleven Hours by Pamela Erens
BUY IT
The Princess Saves Herself In This One by Amanda Lovelace
BUY IT
The Unseen World by Liz Moore
BUY IT
Harry Potter and the Cursed Child by J.K. Rowling
BUY IT
The Underground Railroad by Colson Whitehead
BUY IT
It Ends with Us by Colleen Hoover
BUY IT
The Girl With The Lower Back Tattoo by Amy Schumer
BUY IT
Morning Star by Pierce Brown
BUY IT
The Gene: An Intimate History by Siddhartha Mukherjee
BUY IT
Up Next

Belichick said no, so Tebow didn't do it.

"I remembered when I had signed with the team in June. Then I'd had an offer on the table to make a one-day appearance endorsing a product for a million-dollar paycheck. I'm sure you'd agree that a million bucks is a lot to make in just twenty-four hours. But I wasn't quick to say yes."

Tebow said that if he'd been on any other team, he wouldn't have even thought to ask permission. But because Tebow did not want to be a distraction in the locker room, he said, and because he wanted to impress his coach, he thought it wise to first run it by Belichick.

"So when the offer for the one-day commercial turned up, I was sure to discuss the opportunity with him. 'I want to know what you think, Coach,' I said. 'I respect you and I want to fit in. I want to be one of the guys. Should I do it?'

"He thought for a moment and then shook his head. 'Timmy, I would really appreciate it if you didn't.'

"Highly respecting the man, I turned down the deal. I didn't even think twice about it. I wanted the chance to impress Coach Belichick more than I wanted the money. I'll say that if I were on any other team, I would have probably said yes to the offer. But the thoughts he offered in our initial conversation mattered to me — even more than a million dollars."

In an interview on "Fox and Friends," Tebow offered more insight into why he asked for Belichick's approval:

"I didn't want to be a distraction on the team. I wanted to be just another guy in the locker room, someone that could work, someone that could be a backup to Tom, and I didn't want to be a distraction, having stuff all over the headlines, so that's why I called Coach Belichick to say, 'Hey, what do you think about this? This is a great opportunity that I would say yes to, but I want to do what's right for the team first.'"

Tebow was cut in August 2013, and he failed to land on another NFL team until the Eagles took a chance on him in 2015. Still, he says he doesn't regret his decision to pass up making $1 million in 24 hours.

From "Fox and Friends":

"And that's not something that I look back and regret at all. It was me trying to honor the team, and if I could do it again, I would've done the same thing."

More from AOL.com:
Bill Belichick had a very typical response to a video showing the Steelers calling the Patriots 'a--holes'
24-year-old star Ravens linebacker is retiring after suffering a serious neck injury
Putin owns a Super Bowl ring thanks to a misunderstanding with Patriots owner Robert Kraft