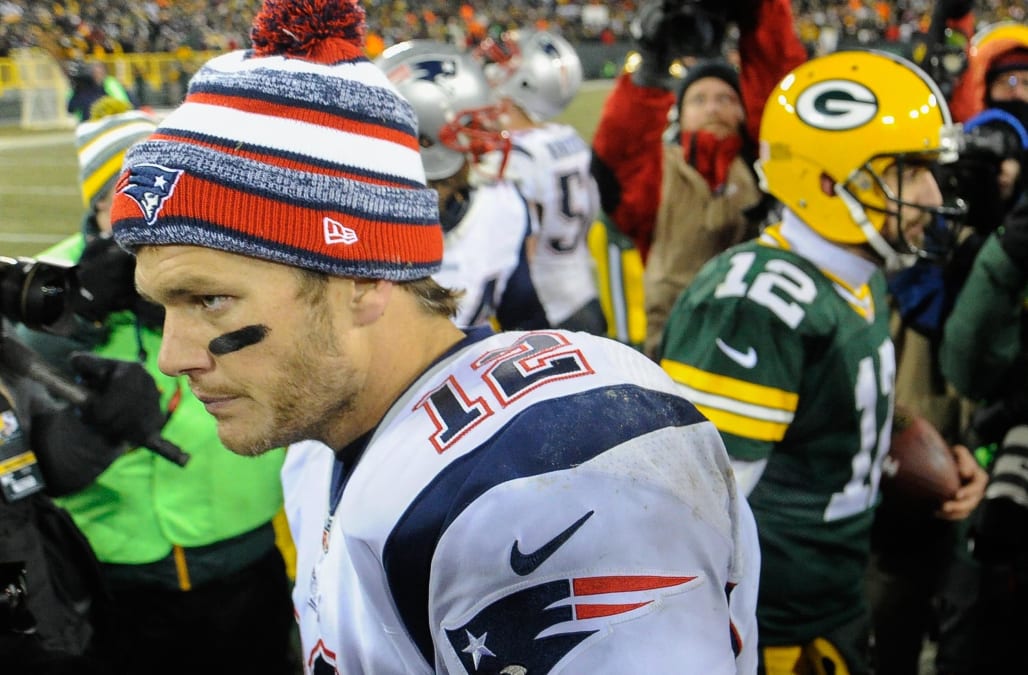 The football gods deserve our praise. Even though only one of the NFL's eight postseason games thus far has qualified as a bonafide thriller (sorry, Cowboys fans), we're going to be blessed with a compelling Super Bowl matchup no matter which teams win the conference championships this weekend.

The New England Patriots, Pittsburgh Steelers and Green Bay Packers all rank among the top four NFL franchises in wins since 2000, and qualify as some of the most popular teams in the nation. The Atlanta Falcons, meanwhile, are led by the MVP frontrunner in Matt Ryan, scored the most points in the league this season and by some metrics rank as one of the best offenses in NFL history.

In fact, each remaining squad has the ability to unleash explosive touchdowns at any second. Perhaps even more importantly, there's no defense out there that'd be favored to contain any of these offenses for an extended period. The NFC championship features the highest over/under in playoff history at some sportsbooks, and Super Bowl LI could very well top the championship record for most total points (75, Super Bowl XXIX). That's a winning proposition for everyone glued to their TVs.

Choosing the most exciting potential matchup between these teams is splitting hairs. But there is a clear favorite most non-partisan fans would like to watch in Houston.

Before previewing that juicy clash, let's run down the other scenarios.

It'd be a treat to see Antonio Brown and Julio Jones try to out-do each other in a matchup of the league's best all-around wideouts.

The two future Hall of Famers have somehow battled only once before, a 26-21 victory by Green Bay at Lambeau Field in 2014 that would have been a Super Bowl preview if it weren't for Brandon Bostick. It's time for the real thing. This needs to happen before Brady, 39, succumbs to Father Time.

It's also worth noting that Rodgers and Brady are probably the NFL's two most famous quarterbacks in the post-Peyton era. That's a nice plus for casual Super Bowl observers who know these two better for their famous wives than their on-field accomplishments.

Plus, Pack v. Pats just has such a nice ring to it, doesn't it?