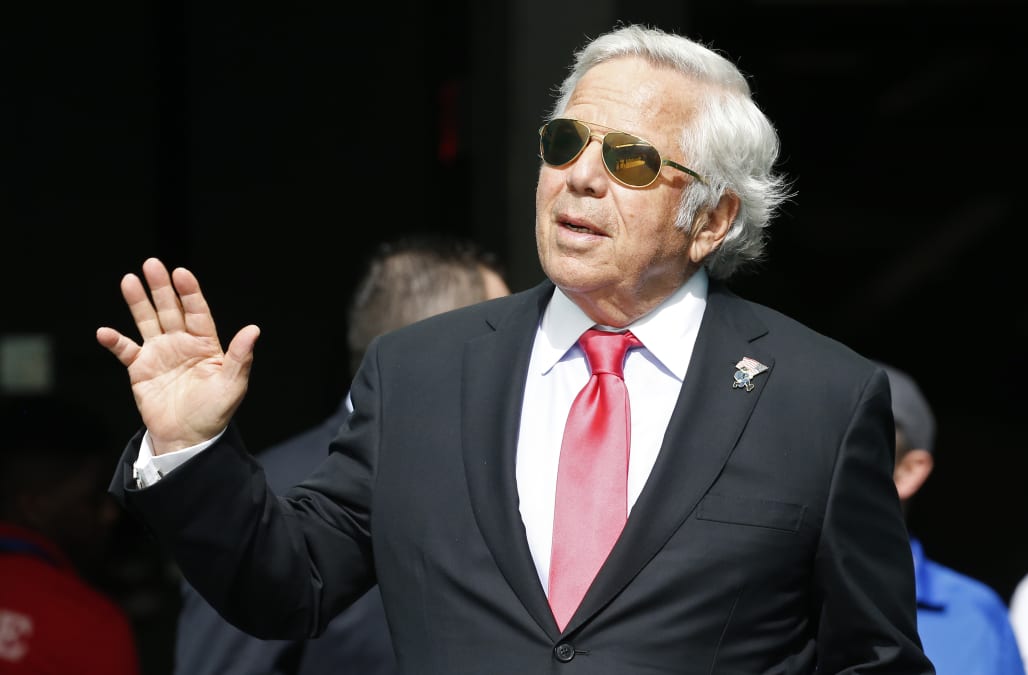 ​​​​​​The New England Patriots are two wins away from what would be their fifth Super Bowl title in 16 years.

For Patriots owner Robert Kraft, however, winning another championship would bring his Super Bowl ring collection only to four, thanks to one of the strangest mishaps in NFL history.

In 2005, Kraft was on a business trip to Russia and visited Russian President Vladimir Putin. Kraft, carrying his 2004 Super Bowl ring, showed it to Putin, who apparently tried it on and then took it without giving it back.

From the sounds of it, Kraft still hasn't gotten his original ring back. In a video the NFL released on Thursday, Kraft relayed the story, saying:

"[The Super Bowl rings] are all in a drawer except for my third one. The original is in Russia with the president of the country. I happened to be there on a business mission with my friend Sandy Weill. We had just given out our rings. I showed Sandy my ring, and he said, 'Why don't you show it to the president?' And I showed it to him and he put it on, and he sort of just enjoyed it, so he kept it on." Robert Kraft, New England Patriots owner

Kraft's story, however, reportedly changed over the years. According to a New York Post report from 2013, Kraft told the crowd at Carnegie Hall's Medal of Excellence gala, "I took out the ring and showed it to [Putin], and he put it on and he goes, 'I can kill someone with this ring.' I put my hand out and he put it in his pocket, and three KGB guys got around him and walked out."

Kraft said then-President Bush asked him, for the sake of US-Russia relations, to say he gave the ring to Putin as a gift. Later, Putin denied stealing the ring or having any memory of meeting Kraft, but he said he would have a replacement ring made for Kraft.

A decade later, it appears Kraft never got his ring back.