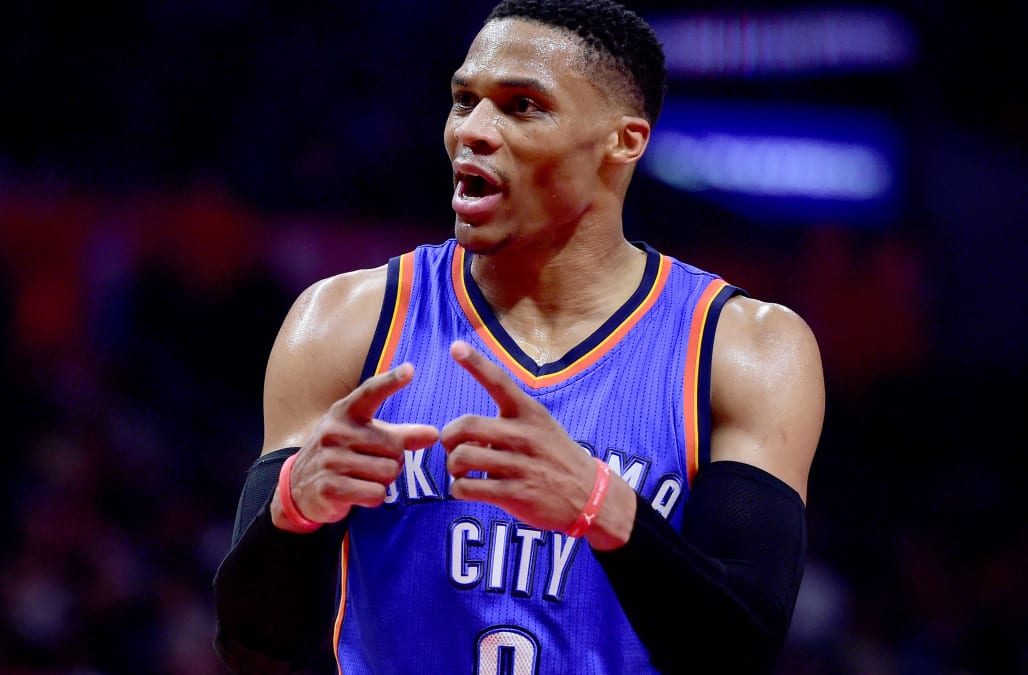 The Oklahoma City Thunder faced the Golden State Warriors on Wednesday night in a much-anticipated matchup between Russell Westbrook and his former teammate, Kevin Durant. But despite all the talent on the floor, even the great ones sometimes forget the most basic rules.

In the third quarter, Westbrook was mysteriously called for traveling. We say "mysteriously" because it was on an inbounds and even the camera was looking elsewhere.

But then we got the replay. It turns out that Westbrook just forgot the rules of basketball. Specifically, he forgot you are supposed to dribble. Oh my.

NOW WATCH: A regular guy tries the trendy barre class that women are obsessed with