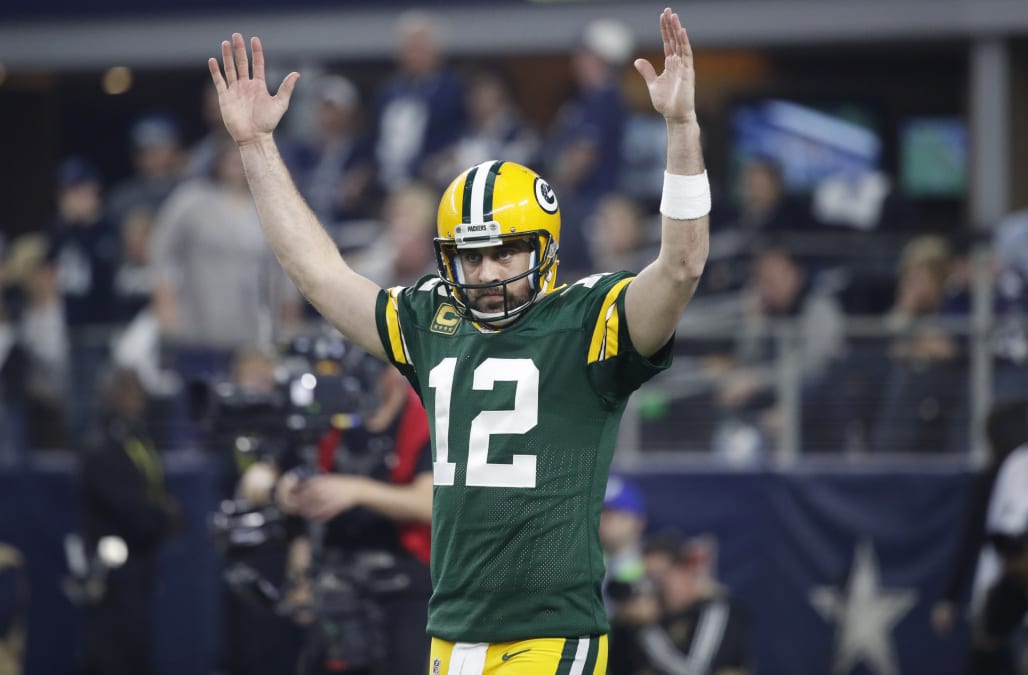 The legend of Aaron Rodgers grew in the divisional round of the NFL playoffs when he converted a long pass in the closing seconds of the win over the Cowboys by simply making up a play, on the fly in the huddle, as if the Packers were just playing in the backyard.

On Wednesday, Rodgers was a guest on ESPN Radio's "The Dan Le Batard Show" and he explained what went on both prior to the big play and as it was unfolding.

When Rodgers was asked about reports that he had just made up the final play, he explained that what he told his players was even more basic than anybody realized.

"I said everybody kinda run over to the left and get open," Rodgers told Le Batard. "Not exactly in those words, but that was basically the gist of it."

Prior to this, there was a general assumption that Rodgers had at least given his receivers specific routes to run.

Rodgers went on to explain that head coach Mike McCarthy gives him the freedom to call his own plays in certain situations. However, when Rodgers was asked how often he just makes up a play — as opposed to picking from a group of plays he and McCarthy had picked out — his answer was eye-opening.

Le Batard: But how often do you do that? How often, "everyone just go to the left."?

Rodgers: That would be a first.

Rodgers also noted that he decided to go rogue during such a huge moment because, "the best plays are often the simplest plays and the simplest way of explaining them."

Well, it worked. Jared Cook ran across the field to the left and made a spectacular catch, gaining 36 yards on the third down, and setting up the game-winning field goal.

And now the Packers are one step closer to the Super Bowl.

SEE ALSO: Aaron Rodgers made up the incredible last-minute sideline pass as if the Packers were just playing in the backyard