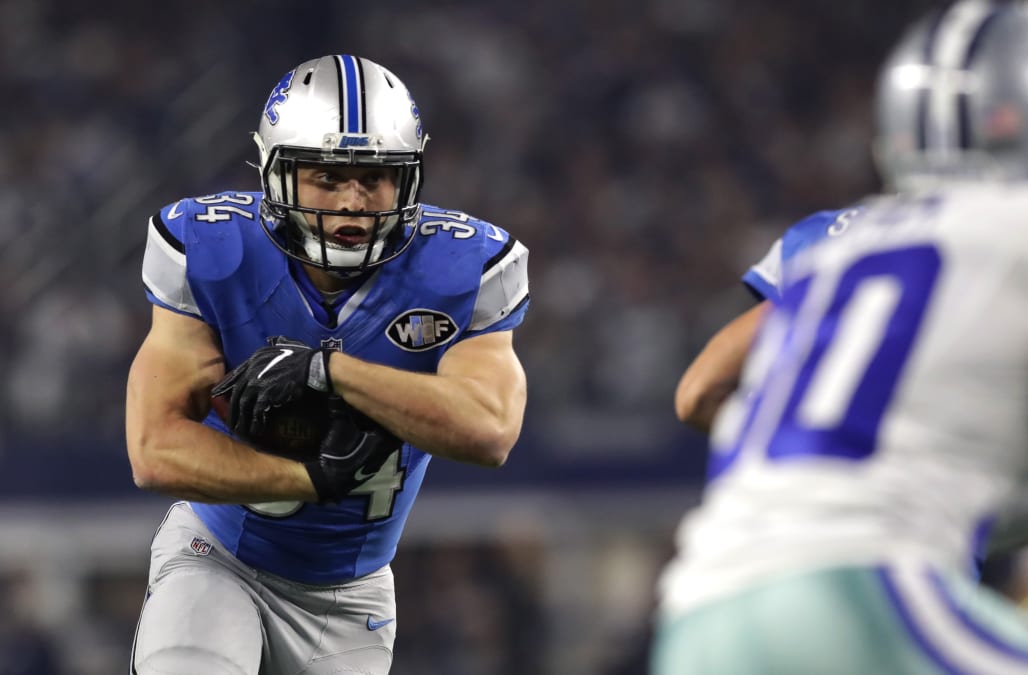 ​​​​​​Detroit Lions running back Zach Zenner had a strong finish to the 2016 season, totaling 311 yards and three touchdowns in the final four games.

So while it looks like he has a future in the NFL ahead of him, he's going to continue to pursue a career after football by spending his offseason doing medical research.

According to Dave Birkett of the Detroit Free Press, Zenner will again spend his offseason at a hospital in Detroit, this time doing a study that involves ultrasounds on rats. Last year, according to Birkett, Zenner studied "how fructose and salt impact hypertension levels in lab rats."

Zenner, who was a biology major at South Dakota State University, put off enrolling in medical school to pursue a career in the NFL. He believes his summer studies benefit him as a whole.

"I think it's important to (do these kind of projects), not only for the career aspect of it — kind of building the resume — but also, mentally, for the brain. It's a totally different type of mental exercise than preparing for a defense. You can make similarities between the two in just the fact that football isn't just a running straight, ramming your head against brick wall over and over. (There are) a lot of mental aspects to football, as well, but it's just totally different from that."

Zenner added to Birkett, "Put it this way: There's no way I would be able to do this in-season."

Zenner's work last offseason will reportedly also be published in a medical journal in the coming months.

While Zenner's breakout came, in part, because the Lions' top running backs got injured during the season, the Lions may not be in a hurry to ship him off after his strong finish to the season. However, Zenner said he knows nothing is guaranteed in the NFL, meaning he will continue to keep working on his game while also keeping his eye on his future after football.