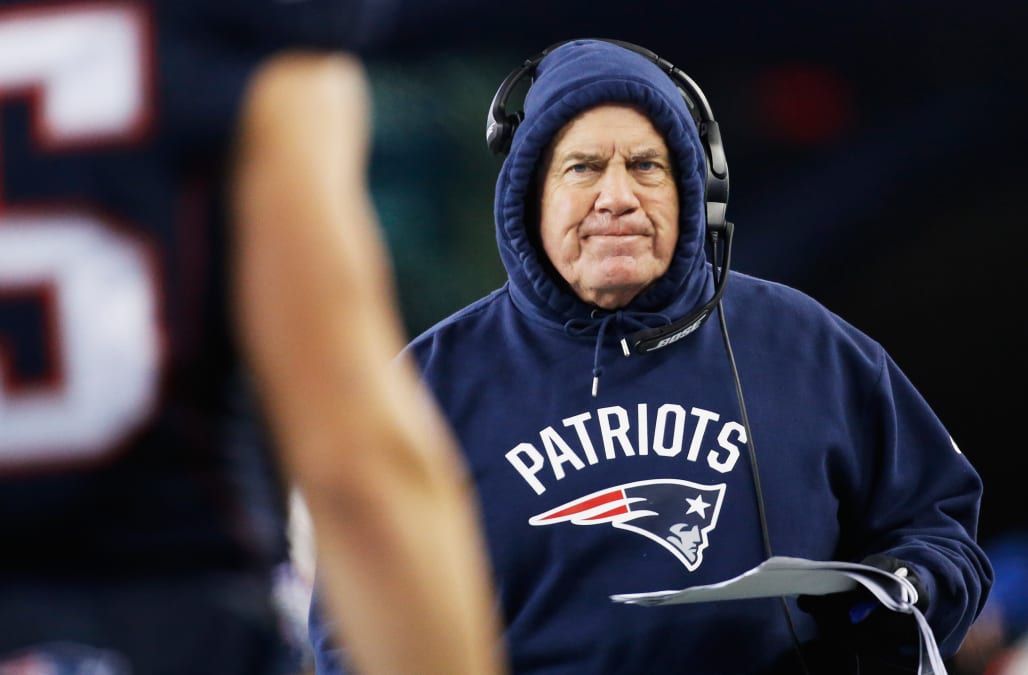 Bill Belichick, as one would expect, was not too concerned with some lively trash talk by the Pittsburgh Steelers.

After the Steelers beat the Kansas City Chiefs on Sunday to advance to the AFC Championship, Steelers wide receiver Antonio Brown posted a video via Facebook Live from the Steelers locker room as head coach Mike Tomlin made a speech.

Tomlin said to his team, unaware of the filming, "We spotted those a--holes a day and a half... so be it. We'll be ready for their a--."

Brown later deleted the video and could face a fine for violating the NFL's social media policy, but none of it matters to Belichick. When asked about the video, Belichick told WEEI:

"As you know I'm not on SnapFace and all that, so I don't really get those. I'm really just worried about getting our team ready to go. I'm not really too worried about what they put on InstantChat, or whatever it is."

12 PHOTOS
Each team's odds of winning the Super Bowl, via FiveThirtyEight
See Gallery

Each team's odds of winning the Super Bowl, via FiveThirtyEight

Of course, Belichick might care if it were his own team. As Tom Brady said of the video on an interview on WEEI, "That's against our team policy. I don't think that would go over well with our coach."

Now, whether or not Belichick is aware that the social media platforms he refers to are not actually called "SnapFace" or "InstaChat" is arguable. But Belichick, as masterful a planner as there is in the NFL, will likely find some way to use this against the Steelers on Sunday.

SEE ALSO: Aaron Rodgers made up the incredible last-minute sideline pass as if the Packers were just playing in the backyard