Tickets for NCAA football championship are highest in CFP history 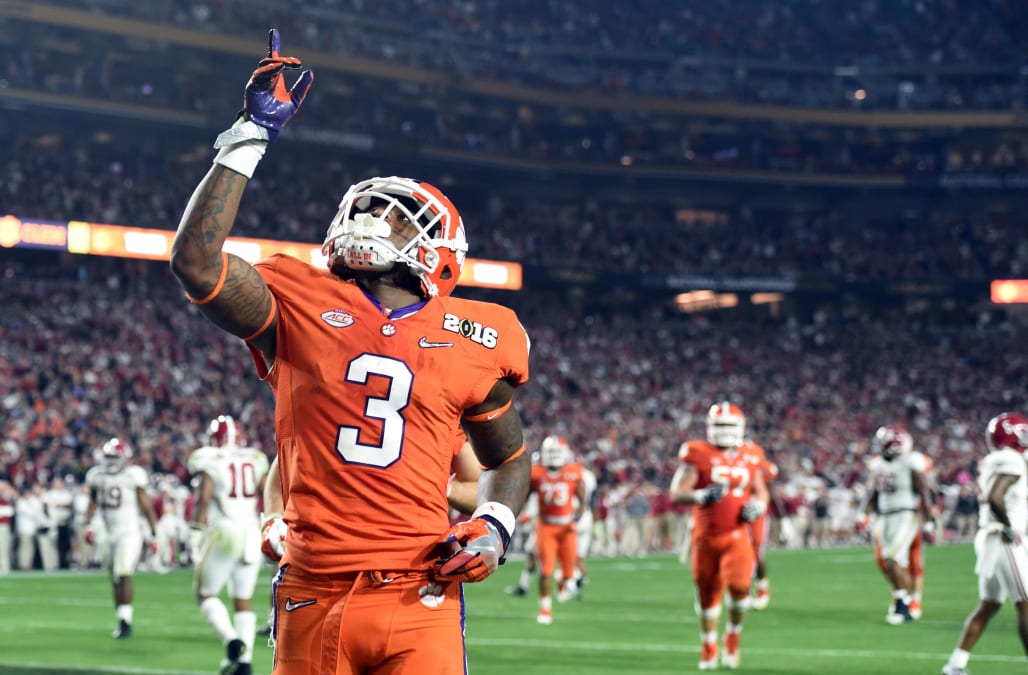 What a difference a year makes.

When Clemson and Alabama played for the college football championship a year ago in Glendale, Arizona, fans could purchase tickets on the secondary market for as low as $202, according to data provided by ticketiQ. With the two teams set to face off in a rematch on Monday in Tampa, Florida, the cheapest tickets are now at $1,799.

This year, the prices are also rising, unlike a year ago. On the day of the semifinal games each year (December 31) tickets to the championship games could have been purchased for $600. However, last year, ticket prices then slowly fell in the days leading up to the game. This year, prices rose slowly to about $1,000 per ticket three days before the big game and then spiked on the day before the game, making it the most expensive championship game in the last seven years. Hotty Toddy, Gosh Almighty! Like many schools around the country, Ole Miss claims to have the best tailgating scene around, and 1 trip to Oxford may leave you convinced. The reason? The Grove. This 10-acre quad/park at the heart of campus transforms into downtown tailgate town on Rebel’s game days. A sea of blue and red cover this grassy area as fans dressed in their Saturday’s best parade from tent to tent, sampling delicious food and drink. It is a true taste of southern hospitality that can’t be missed.

No one, and I mean no one, may like their football as much as the natives of West Texas. For many of them, that means heading to College Station every Saturday to tailgate for the Aggies of Texas A&M. If you plan on joining the party, make sure to get there the night before for the Midnight Yell. Students and A&M supporters pack Kyle Field (sometimes up to 40 or 50,000!) to practice cheering for the game in one of the more unique college football traditions.

For real estate, it’s all about location, location, location. For tailgating, it’s all about the food, food, food. Perhaps no school demonstrates this better than LSU. It seems that every tailgate in Baton Rouge is well planned and well seasoned with everything from jambalaya and ponce to crawfish. And make sure to come hungry, because there is always enough for seconds, thirds and fourths.

This tradition is one that hits the road with its fans. Starting in 1977 after Georgia Tech refused to play Clemson, Tiger fans now stock up on $2 bills, freshly stamped with an orange tiger paw, to spend in opposing cities in an attempt to note all the money that tiger fans bring in to their market. The result is a lasting and clever way to leave a Clemson footprint on rival teams and economies.

Both of these fine institutions feature what we so humbly call boatgating. Their waterside stadiums offer the perfect opportunity for fans to bring their pre-game festivities dockside. In Tennessee, they call it The Vol Navy, and in Washington, it’s Husky Harbor. But no matter what you call it, tailgating plus boating equal greatness.

The scene in Happy Valley on a fall Saturday morning is something to see for yourself. Thousands of fans, dressed in white from head to toe, camp out in tents, campers and RVs to prepare for the Nittany Lions next game. The pop-up community of Penn Staters is affectionately called Nittanyville and boasts some of the most passionate tailgaters you’ll find in the country.

Better known to the Golden Bears faithful as Tightwad Hill, this popular tailgating and viewing venue is unique to the University of California. Just over the east side from California Memorial Stadium is the small foothill, providing an amazing – and FREE – view of Cal games each Saturday. For 90 years, students, alumni and faculty have climbed Charter Hill to enjoy this amazing game-day tradition.

One of the most anticipated matchups of the college football season takes place in Jacksonville, FL, between border rivals Florida and Georgia. This game always has one of the largest tailgate parties with nearly as many fans staying in the parking lot to keep the party going as actually going inside for the game – hence the unofficial title, "The World's Largest Outdoor Cocktail Party."

One of the biggest games every year is the heated rivalry between Ohio State and Michigan. Each year, thousands of THE Ohio State students meet the week before the game for a midnight party and tailgate on Mirror Lake, a shallow pond on campus. If you dare (and many do), take the frigid plunge into the lake with the other co-eds. Mind you, the game usually takes place in mid-to-late November every year; so don’t forget a warm winter coat for when you exit the lake. You don’t want to miss the game because of frostbite.