Revenge of the Hail Mary propels Packers over Giants 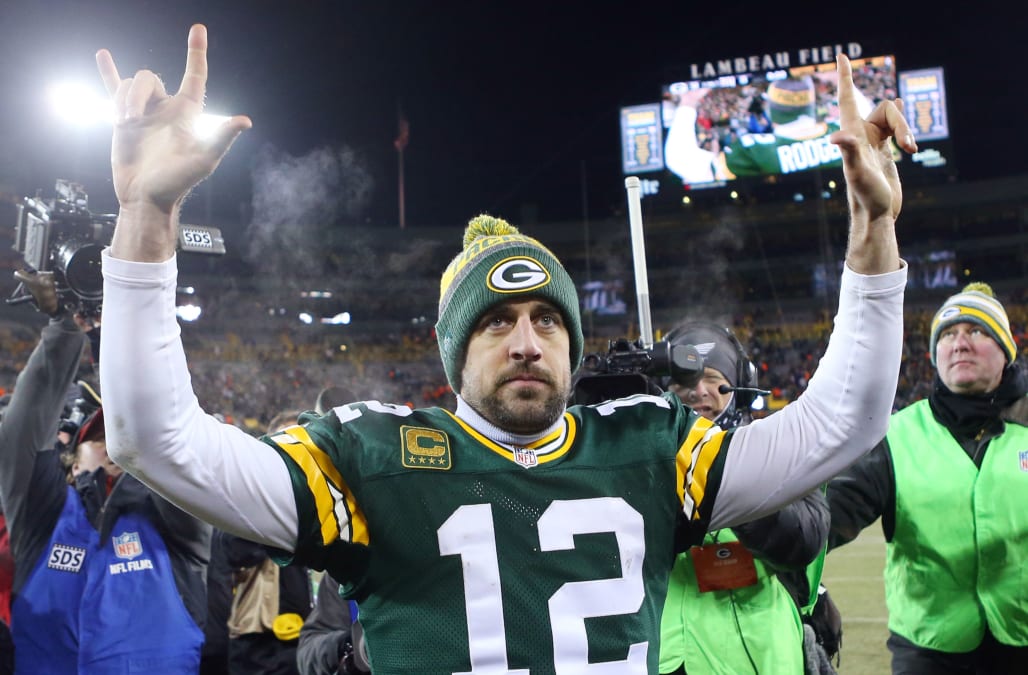 Jan 8 (The Sports Xchange) - The Green Bay Packers beat the New York Giants 38-13 on Sunday thanks in no small measure to a Hail Mary touchdown that provided sweet revenge.

Quarterback Aaron Rodgers, who shocked the Detroit Lions and Arizona Cardinals with end-of-game Hail Mary touchdowns last season, stunned the Giants with a 42-yard Hail Mary touchdown to Randall Cobb on the final play of the first half of Sunday's NFC wild card playoff game at frigid Lambeau Field in Green Bay.

That play gave the Packers a 14-6 half-time lead en route to a date at top-seeded Dallas in the divisional round next Sunday.

In 2011, the Packers went 15-1 in the regular season but were routed 37-20 by the Giants in a divisional game at Lambeau. On the final play of the first half of that game, Eli Manning connected with Hakeem Nicks for a 37-yard Hail Mary touchdown to give the Giants a 20-10 lead.

This time, Rodgers rolled out to his right and uncorked a high pass into the end zone. Cobb was behind four Giants defenders and the ball dropped over their hands and into the waiting mitts of Cobb.

Cobb, who had missed the past two games with an injured ankle, added two touchdowns in the second half -- tying an NFL playoff record with three touchdown receptions -- and Rodgers destroyed a Giants defense with three All-Pros in the secondary for 362 yards and four touchdowns.

Rodgers led the Packers to their seventh consecutive win. During that span, he has thrown 19 touchdown passes and zero interceptions.

The Giants were down, but they weren't out after the Hail Mary, thanks in part to a controversial decision by Packers coach Mike McCarthy early in the third quarter.

Facing a fourth-and-1 from its 42, McCarthy kept the offense on the field and the Giants stuffed running back Ty Montgomery. One play later, the Giants were in the end zone when Manning found Tavarres King for a 41-yard touchdown.

The Packers, however, answered. Having moved the ball to midfield, Rodgers went after slot cornerback Trevin Wade, who was in the game for injured veteran standout Dominique Rodgers-Cromartie.

First, it was a 20-yard gain over the middle to Davante Adams. Then it was a 30-yard catch-and-run touchdown by Cobb to put Green Bay in front 21-13.

On the ensuing kickoff, New York's Bobby Rainey fielded the ball at the sideline but couldn't keep his balance, stepping out of bounds at the 3. The Packers forced a punt and took advantage of great field position to tack on a 32-yard field goal by Mason Crosby.

The Giants needed an answer but couldn't get it, with Odell Beckham unable to hold onto a third-down pass in which he was wide open for a big gain.

Manning threw for 299 yards, but Beckham, just like the Week 5 loss to the Packers at Lambeau, was a nonfactor. In a playoff debut, Beckham caught four passes for 28 yards while being targeted 11 times.