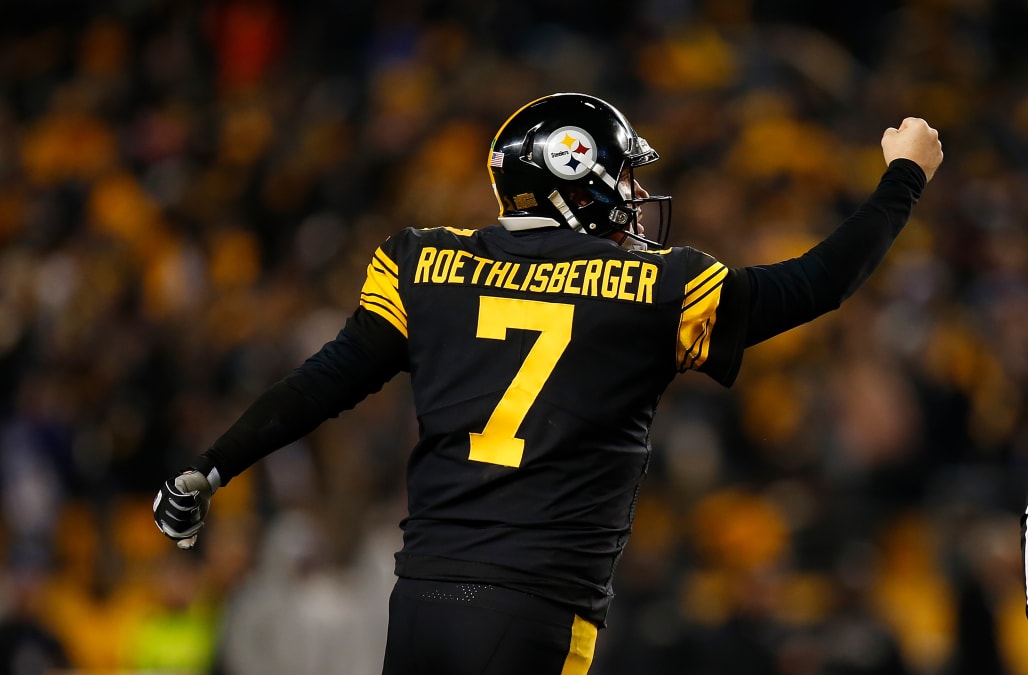 Ben Roethlisberger threw a 4-yard touchdown pass to Antonio Brown with nine seconds remaining to finish off a frantic 21-point Pittsburgh fourth quarter and the Steelers rallied to beat the Baltimore Ravens 31-27 on Sunday and win the AFC North.

The Steelers (10-5) overcame a 10-point deficit in the fourth quarter and a 10-yard, go-ahead touchdown run by Kyle Juszcyk with 1:25 remaining to beat the Ravens (8-7) for the first time in five games, and win their NFL-best 22nd division title since 1970.

The result eliminated the Ravens from playoff contention.

The Steelers looked to be in position to win their seventh AFC North title since 2002 when two Le'Veon Bell touchdowns of 7 yards each about four minutes apart, aided by a key pass interference penalty, helped them overcome a 20-10 Baltimore lead and take a 24-20 lead. Bell ran for 122 yards.

But Baltimore surged back as Joe Flacco mounted a 75-yard, go-ahead touchdown drive ended by Juszcyk's run up the middle -- the third time in the drive he gained key yardage.

However, the Ravens gave Roethlisberger (24 of 33, 279 yards) just a little too much time to put together a game-saving, 75-yard drive.

The Steelers won their sixth in a row after dropping four straight and now will finish the regular season next Sunday against the Cleveland Browns (1-14) in a meaningless game.

The Ravens, only minutes after they looked to be in position to claim the division, were eliminated from playoff contention.