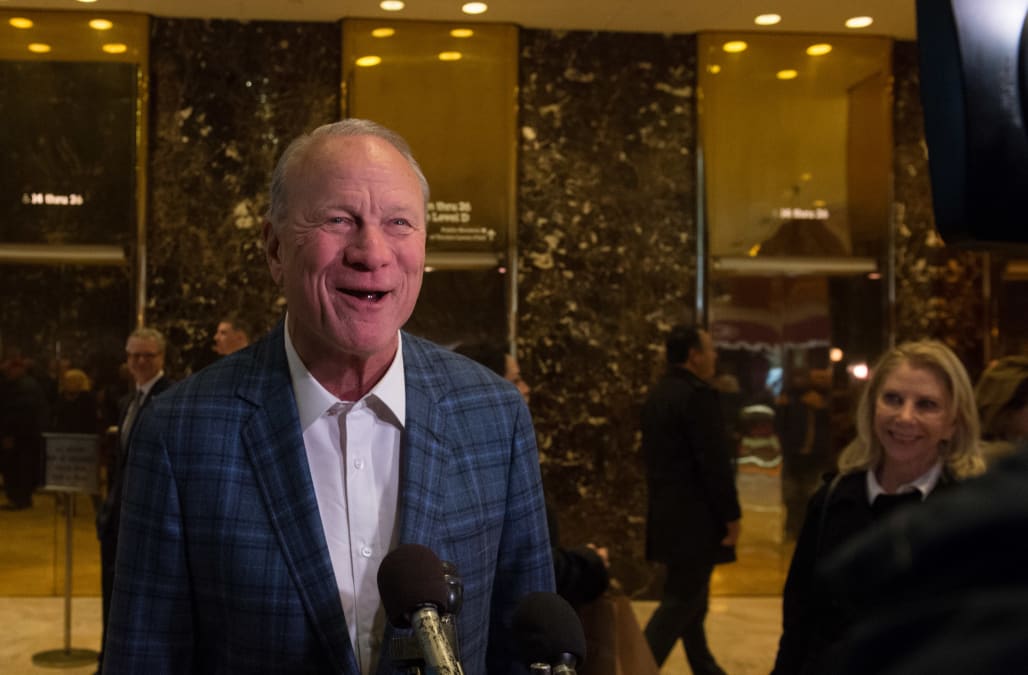 President-elect Donald Trump has ties throughout the sports world, but that does not necessarily mean he's taking meetings with all of his sports friends.

According to Politico's Josh Dawsey, Trump's meetings have been so extensive that some people, like former Dallas Cowboys and University of Oklahoma coach Barry Switzer, have been able to fool assembled press at Trump Tower into thinking they're meeting with the president-elect.

On December 7, a pool report said Switzer arrived at Trump Tower. Switzer told media he was meeting with Trump, went up the elevators and came back down later. He said the meeting went well and joked that he could become "Secretary of Offense."

Apparently, none of this actually happened. Switzer told Dawsey that he was simply shopping in New York and, on a whim, decided to visit Trump Tower. He went up the elevators and got coffee instead of meeting with the president elect.

"All the media people said, 'Coach what are you doing here,'" Switzer said in an interview. "I told them I was here to see the president like everyone else."

Switzer said he instead went upstairs in Trump Tower, bought a coffee at Starbucks and came back downstairs.

"I told the reporters I had a great visit, and that we were going to make the wishbone great again," he said. "I told them I was going to be Secretary of Offense and that Trump knew how to run the ball down the field."

"Then I went back to my hotel and laughed my ass off," he said, still laughing this week. "It went everywhere. Everyone believed it. I had all these calls, but I was just jerking people around."

While Switzer has reportedly known Trump for years, apparently, he did not get a meeting with Trump that day.

Now, if Bill Belichick arrives at Trump Tower, it may be more than a coffee run.