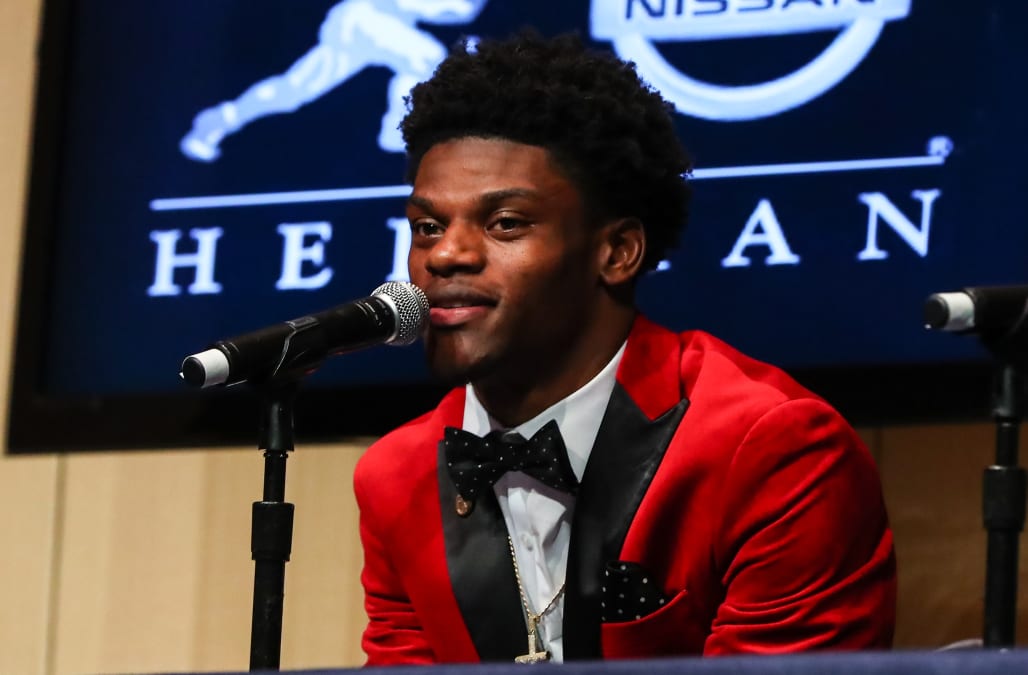 Lamar Jackson has been named the 2016 Heisman Trophy winner, it was announced on Saturday.

The quarterback from University of Louisville was among the five finalists attending the star-filled ceremony held in New York and airing live in ESPN.

Louisville quarterback Lamar Jackson was a clear front-runner in the days leading up the the 82nd annual Heisman Trophy Presentation, with Vegas bookies giving the quarterback 1/25 odds of winning.

The award was founded by the Downtown Athletic Club in 1935 to recognize "the most valuable college football player east of the Mississippi." After the club's creative director, John Heisman, died the following year, it was renamed after him and expanded to the remaining country.

On Thursday during the Home Depot College Football Awards, Jackson won the Maxwell Award while Clemson QB Deshaun Watson won the Davey O'Brien Award, both of which are seen as precursors to the Heisman trophy.

At 19 years old (and 337 days), Jackson is the youngest Heisman Trophy winner — and is five days younger than Jameis Winston was at the time of his win in 2013. Winston is now the starting quarterback for the Tampa Bay Buccaneers.

Currently a sophomore at Louisville, Jackson passed for 3,390 yards and 30 touchdowns with nine interceptions this season, and also accumulated 1,538 yards and 21 touchdowns on the ground.

Also Read:NFL Denies 'TNF' Is Getting Sacked: 'Someone Is Working Overtime at the Rumor Mill'

Two past winners who suffered falls from grace are O.J. Simpson, from USC, and Johnny Manziel, from Texas A&M. On Monday, the 1994 winner of the award, running Rashaan Salaam from Colorado, died at the age of 42.