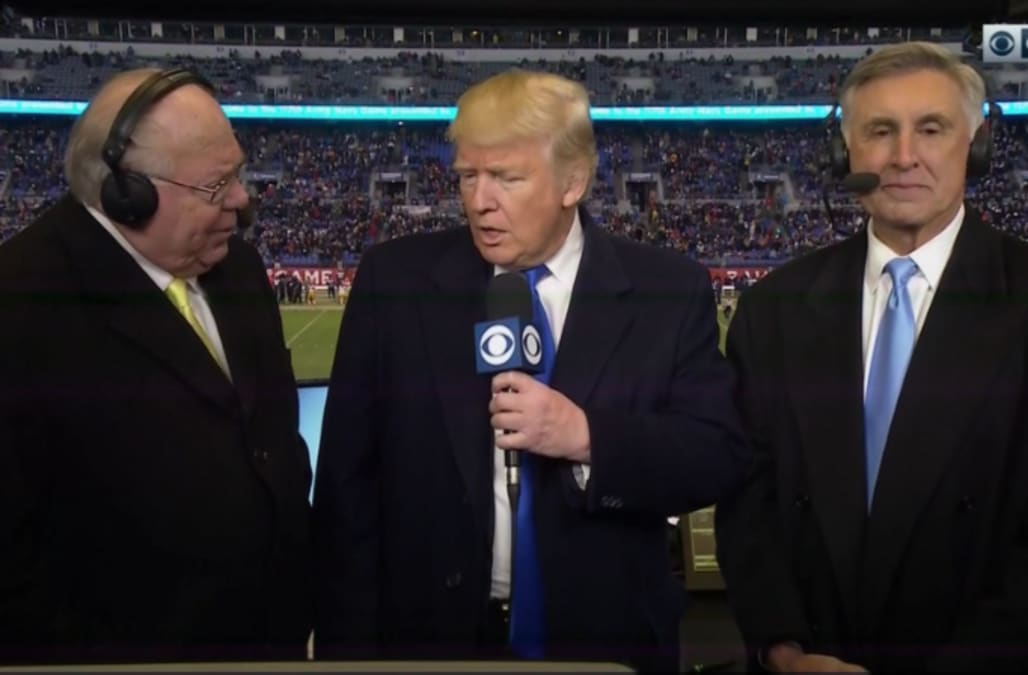 President-elect Donald Trump made an appearance at the annual Army-Navy game on Saturday and stopped by the booth to visit with CBS announcers Verne Lundquist and Gary Danielson.

When Trump was asked why he was attending the game, he noted that he "just loves the armed forces." But then he he decided to take a bit of a shot at the quality of football played by the academies.

"I mean, I don't know if it is necessarily the best football," Trump said. "But it is very good. But boy do they have spirit, more than anybody."

You can see Trump's comments here:

More from Business Insider:
Special uniforms unveiled for the annual Army-Navy game
LeBron James had an odd explanation for why he didn't stay with half of his team at a Trump hotel
The 3 plays in sports everybody will be talking about today