Gold is the best color for pants, according to any Ohio State football player.

James Laurinaitis, who starred at OSU from 2005-08, beat the Wolverines four times. So he has four gold pants charms. He showed them off on Twitter yesterday. 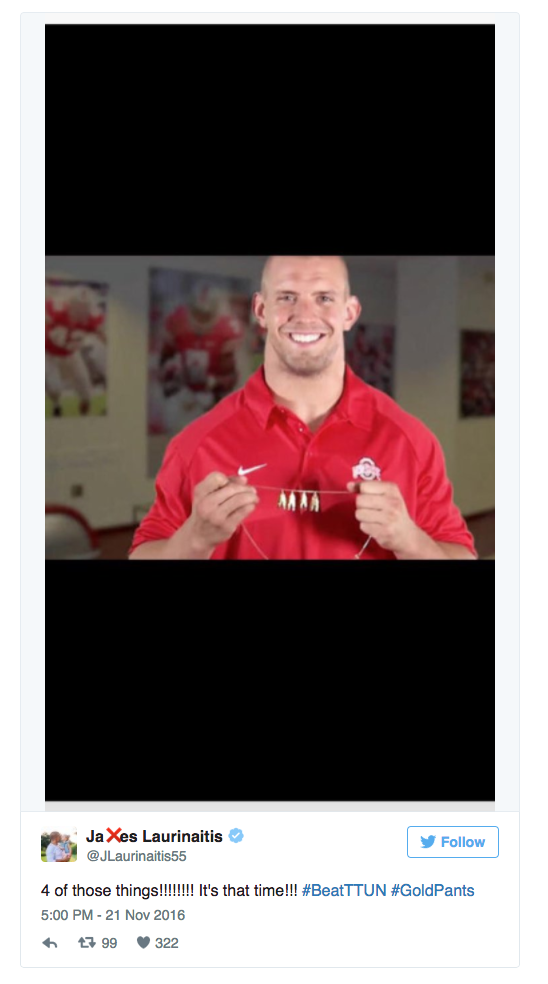 Michigan hate week tweets don't get much better than that.

The post James Laurinaitis With The Best Ohio State Tweet Of Michigan Week appeared first on The Spun.