Ohio State football has crossed out the 'Ms' around campus

It's Michigan Week in Columbus, Ohio.

A letter of the alphabet doesn't exist on Ohio State's campus for one week of the year – this one.

With Ohio State's football program set to host Michigan at Ohio Stadium in Columbus, the Buckeyes have temporarily pardoned with the letter "M." 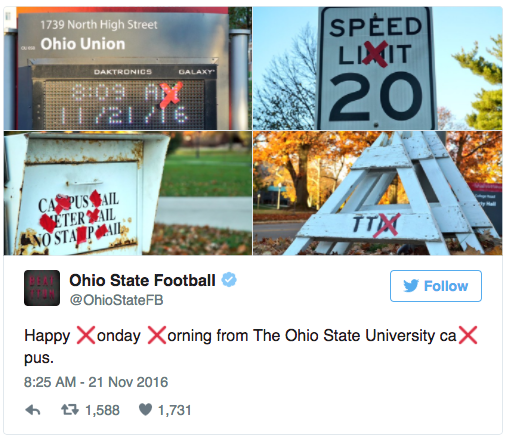 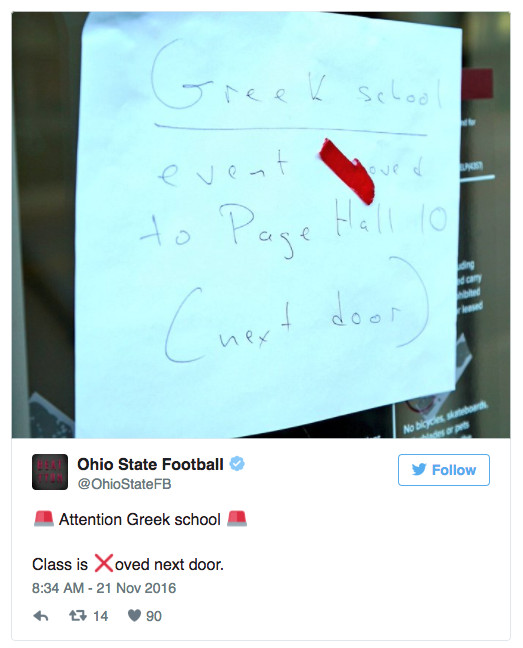 Class is ❌oved next door. pic.twitter.com/Ta8Gbfu0wL

Ohio State and Michigan are set to kick off at noon on Saturday. The game will be televised on ABC.