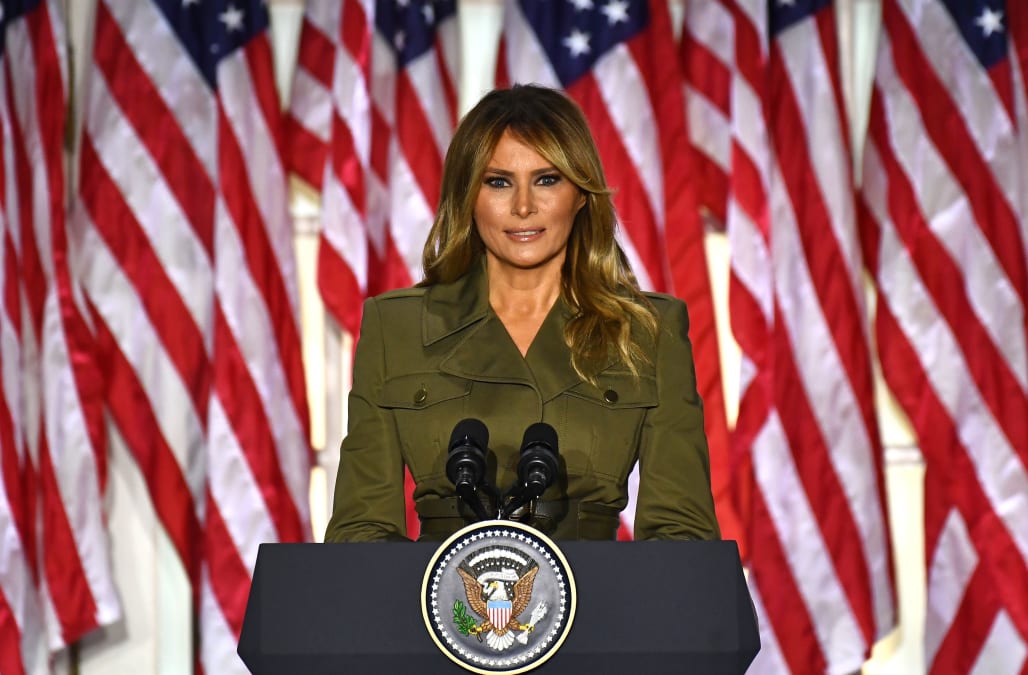 Melania Trump on Friday blasted her ex-friend Stephanie Winston Wolkoff, who wrote a tell-all book about her relationship with the first lady, saying the author "hardly knew me" and was "trying to distort my character" and should be "looking within at her own dishonest behavior."

The statement from the publicly guarded first lady comes after the Justice Department this week took the extraordinary step of filing suit against Winston Wolkoff over "Melania and Me: The Rise and Fall of My Friendship with The First Lady," a New York Times bestseller that was released six weeks ago.

Trump did not mention Winston Wolkoff by name, but the details in the statement, which was framed as promoting the first lady's Be Best initiative, left little doubt as to whom she was referring.

"BE BEST has one simple purpose — to help children," Trump wrote. "It serves to provide the tools children need to prepare them for their futures," but "more often than not, information that could be helpful to children is lost in the noise made by self-serving adults. I have most recently found this to be the case as major news outlets eagerly covered salacious claims made by a former contractor who advised my office."

The first lady described Winston Wolkoff as a "person who said she 'made me' even though she hardly knew me, and someone who clung to me after my husband won the presidency. This is a woman who secretly recorded our phone calls, releasing portions from me that were out of context, then wrote a book of idle gossip trying to distort my character."

Trump said that Winston Wolkoff blames her in the book "for bad news coverage that she brought upon herself and others. Never once looking within at her own dishonest behavior and all in an attempt to be relevant. These kinds of people only care about their personal agenda — not about helping others."

Winston Wolkoff, a longtime friend of Trump's who worked as an unpaid adviser for her in the White House, wrote the book after she felt the first lady had thrown her under the bus following questions about spending for President Donald Trump's inauguration. Winston Wolkoff was one of the organizers of the inaugural events along with billionaire Tom Barrack and deputy campaign chairman Rick Gates. Spending for the inauguration later became the subject of an investigation by federal prosecutors in Manhattan and a lawsuit by Washington, D.C.'s attorney general.

The book was filled with embarrassing episodes involving the first lady, including her mocking "princess" Ivanka Trump and downplaying the impact of child separations at the border. Winston Wolkoff taped several of her conversation with Trump, including one in which she bemoaned having to be involved in decorating the White House for Christmas. “Who gives a f--- about the Christmas stuff and decorations?” Trump said in one recorded conversation.

Winston Wolkoff told MSNBC's Rachel Maddow last month that she felt she had no choice but to record the first lady.

"Melania and the White House had accused me of criminal activity, and publicly shamed and fired me and made me their scapegoat," Wolkoff said. "At that moment of time, that's when I pressed record. She was no longer my friend."

The lawsuit filed by the Justice Department charges Winston Wolkoff signed a "gratuitous services agreement" in 2017 to serve as an adviser to Melania Trump and that publication of the book violates a confidentiality clause in the agreement. It asks the book's profits be placed into a trust and that Wolkoff cover the costs and fees of the Justice Department's attorneys.

Winston Wolkoff told NBC News earlier this week "I am defending myself against the defamatory falsehoods according to my constitutional rights to defend my reputation and set the record straight."