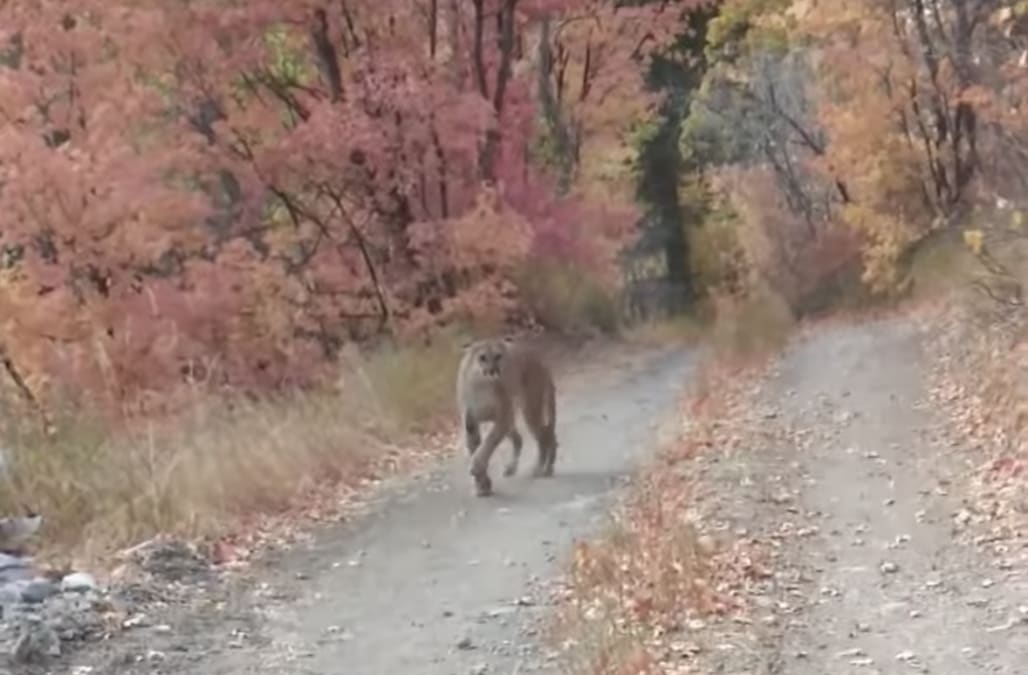 A nail-biting video shows a hiker being followed by a cougar for nearly six minutes on a trail in Utah.

“I thought I was done for,” Kyle Burgess wrote in an Instagram post about his encounter on Saturday in Slate Canyon, near Provo.

The seasoned hiker said he’d come across cougar cubs while on a trail run, and “their mother was not happy to see me.”

In the expletive-laden footage, Burgess is heard yelling and roaring in an effort to signal the cat to back off. He backs away along the track as the cat follows, charging toward him several times with teeth and claws bared.

“Go away! Go get your babies,” Burgess is heard shouting at one point.

After six minutes of pursuit, the animal finally runs back in the direction it came from.

In an interview with NBC News, Burgess said, “I definitely thought I was going to get hurt.”

“My adrenalin was pumping so much,” he said.

Watch the encounter below.