'Let me finish my question': Voter confronts Trump over efforts to undermine Obamacare 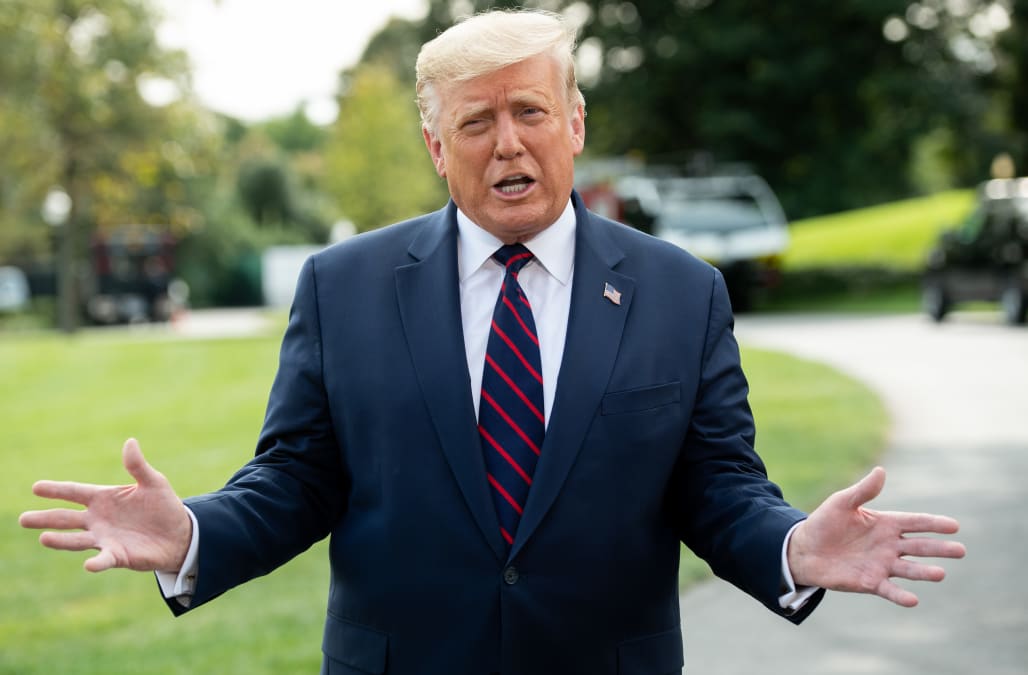 An undecided voter confronted President Donald Trump over his efforts to repeal the Affordable Care Act during a town hall event on Tuesday, asking how the White House planned to protect those with preexisting conditions while actively fighting to undermine protections already in place.

Ellesia Blaque, an assistant professor, pressed Trump during an ABC News town hall with voters in Philadelphia. During a tense moment, Blaque detailed her experience with a lifelong disease that costs her thousands of dollars annually in insurance copayments.

“Mr. President, I was born with a disease called sarcoidosis, and from the day I was born, I was considered uninsurable,” Blaque said. “That disease started in my skin, moved to my eyes, into my optic nerves, and when I went to graduate school, into my brain. … With copays, I’m still paying almost $7,000 a year in addition to the copay.”

The questioning grew tense after Trump interrupted to dispute claims that the ACA, also known as Obamacare, had already protected those with preexisting conditions.

Blaque: Should preexisting conditions ― which Obamacare brought into ― brought to fruition ― be removed…

Blaque: Please stop and let me finish my question, sir. Should that be removed, within a 36- to 72-hour period, without my medication, I will be dead.

"You've been trying to strike down pre-existing conditions."

In a @ABC2020 town hall, @GStephanopoulos presses Pres. Trump on claim he's preserving pre-existing conditions—as his administration argues in court against Obamacare, which protects them. Watch the full exchange. pic.twitter.com/GuOyqUKhen

The moment highlighted Trump’s efforts to repeal the ACA. The president has pledged for years to do so, even after Congress — then controlled by Republicans in both chambers — failed to pass replacement legislation in 2017.

The Trump administration asked the Supreme Court in June to overturn the full Affordable Care Act, which could end coverage for nearly 23 million Americans as well as protections for people like Blaque who have preexisting conditions. The president has vowed to use his executive powers to issue an order mandating insurance companies cover all preexisting conditions, falsely saying such action had “never been done before.”

He repeated those claims Tuesday.

Stephanopoulos: You’re trying to strike down the whole law.

Trump: George, we have run it really well. But we also have now other … we have other alternatives to Obamacare that are 50% less expensive, and they’re actually better.

We want to know what you’re hearing on the ground from the candidates. If you get any interesting ― or suspicious! ― campaign mailers, robocalls or hear anything else you think we should know about, email us at scoops@huffpost.com.