Bruce Arians downplays talk of rift with Tom Brady: 'Tom and I are fine' 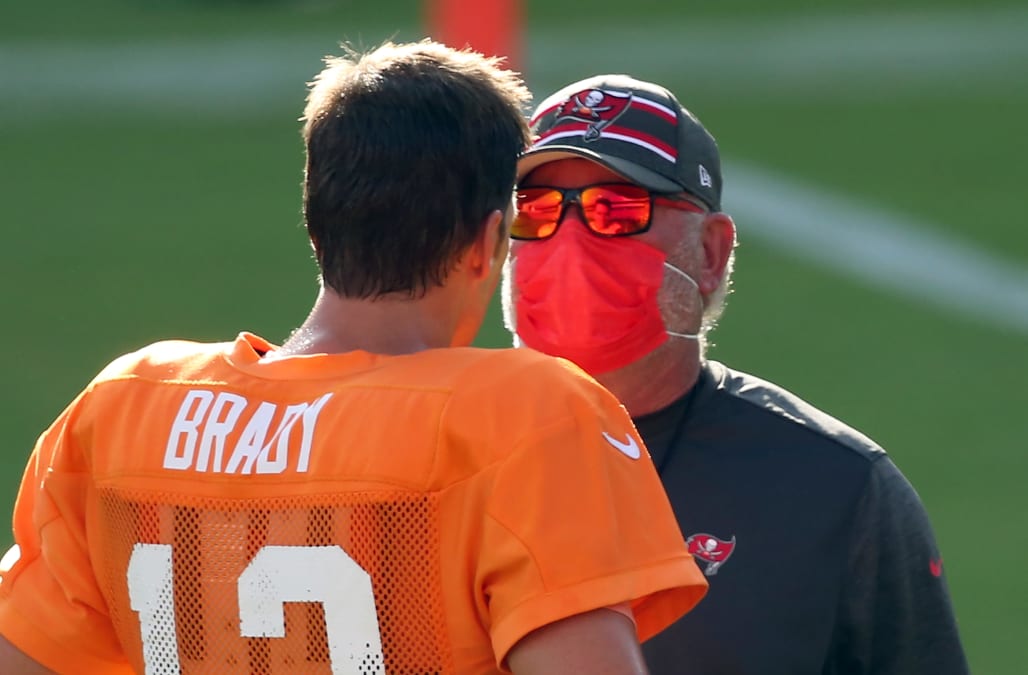 The new-look Tampa Bay Buccaneers aren’t off to a great start.

After one game, there’s already speculation of a rift between head coach Bruce Arians and quarterback Tom Brady.

Sunday’s 34-23 loss to the New Orleans Saints was punctuated by a pair of Brady interceptions, one of them a pick-six. Arians was blunt in his assessment of Brady’s performance.

“He knew he didn’t play very well,” Arians told reporters on Monday. ... “He looked like Tom Brady in practice all the time, so it’s kind of unusual to see that in a ball game because they didn’t do things that we didn’t get ready for.”

There was nothing inaccurate about Arians’ assessment. Brady’s third-quarter pass that Janoris Jenkins intercepted and returned for a touchdown was a mistake befitting a rookie playing in his first NFL game, not a 20-year veteran with six Super Bowl rings who’s submerged in “GOAT” praise.

But some questioned Arians’ public criticism of his quarterback, notably Brett Favre.

The Hall of Fame quarterback said on Tuesday that Arians was asking for problems with the critique.

“I think the last person you want to call out after the first game of the year is Tom Brady,” Favre said on SiriusXM NFL Radio on Tuesday, via NBC Sports. “Now maybe they had a mutual truce going into the game, going into the season, ‘Hey, I’m going to be hard on you. I want the guys to know we’re going to treat you the same even though technically I’m not, so are you OK with it?’ If they have that truce, great.

“If not, I think you are barking up the wrong tree. Dissension could easily enter quickly.”

Arians has heard the noise. He responded on Wednesday.

“Tom and I are fine,” Arians told reporters. “I really don't care what other people think.”

Brady has not publicly commented. But he’s a grown man and a consummate professional. He knows he didn’t play well on Sunday. And he volunteered to join the Bucs and play for Arians, a longtime NFL coach whose reputation is well-established. Brady knows what he signed up for.

And this is a guy who played two decades for Bill Belichick. He’s heard worse. Though maybe not in public. But Brady didn’t get to this point in his career by letting reasonable criticism get under his skin.

Does that mean Brady will look like his former self in Week 2 against the Seattle Seahawks? Of course not. That’s up to his 43-year-old body more than his psyche.