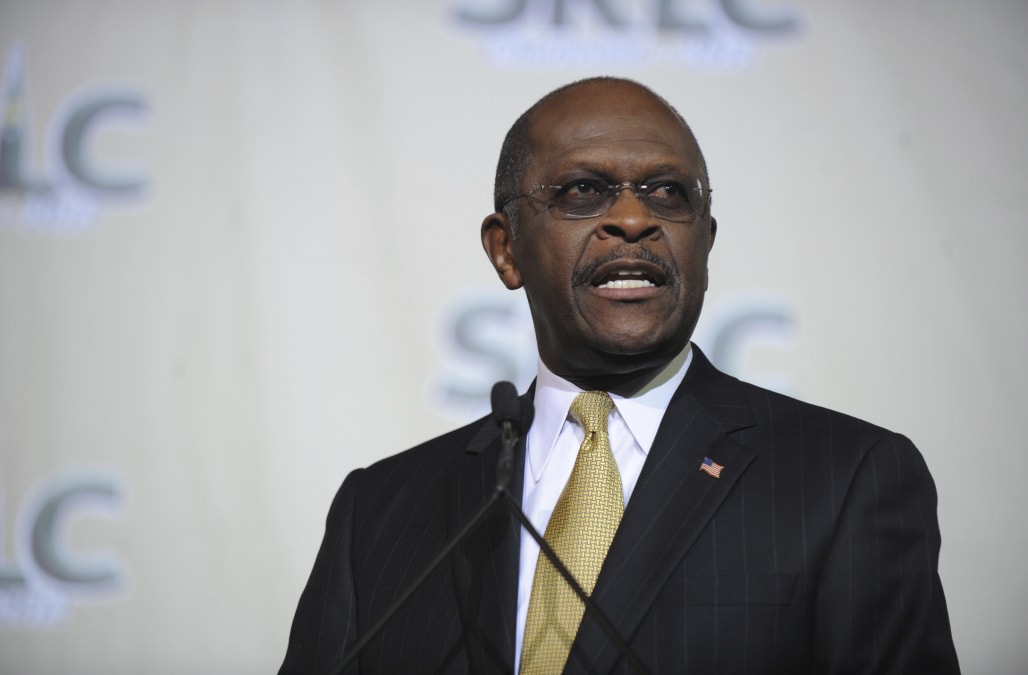 Cain, the entrepreneur, conservative commentator and 2012 presidential candidate, died on Thursday due to complications from COVID-19. The 74-year-old contracted the virus in late June, days after attending the Trump campaign rally there.

Yahoo News asked Trump on Friday if he believed that Cain was exposed to the virus at the rally. “No, I don’t think so,” Trump said.

Cain was photographed attending the June 20 rally, which drew about 6,000 attendees, sitting in the crowd close to other high-profile Trump supporters who were not wearing masks.

Corrin Rankin, an advisory board member on the president’s African-American outreach team, also posted a photo on social media showing Cain indoors prior to the event with Trump supporters including Rankin, Trump campaign adviser Katrina Pierson, Republican Party communications adviser Paris Dennard and Rev. C.L. Bryan. In one of the pictures, Cain was wearing a cloth mask around his chin. It did not cover his face. Rankin has since deleted the photo.

The event was the largest indoor event in the country since the coronavirus lockdowns began. Nevertheless, it suffered from poor attendance that was potentially due to fear of the pandemic.

Public health officials in Tulsa subsequently suggested the rally may have contributed to a spike in COVID-19 cases in the area. And on the day of the rally, the Trump campaign announced that six of their advance staffers had tested positive for the virus. The staffers did not attend the rally.

Earlier this month, Cain's team announced he tested positive for COVID-19 on June 29, nine days after the event. Experts say coronavirus symptoms often occur between one and 14 days after exposure.

White House press secretary Kayleigh McEnany also addressed Cain's death — and the possibility that he was exposed to the virus at the rally — during a briefing with reporters on Friday. McEnany stressed that no one should “politicize” Cain's death and noted how he “rose to be an extremely successful businessman” after coming from “a small farm” in Georgia.

“Herman Cain is the absolute embodiment of the American Dream,” McEnany said. “We are grieved and we are very saddened by his passing.”

McEnany then read aloud a statement from Dan Calabrese, the editor of Cain’s website, that acknowledged “people will speculate about the Tulsa rally, but Herman did a lot of traveling.”

“I don’t think there’s any way to trace this to one specific contact that caused him to be infected,” Calabrese said in the statement, adding, “We’ll never know.”