Trump can’t delay elections. So why is he suggesting it? 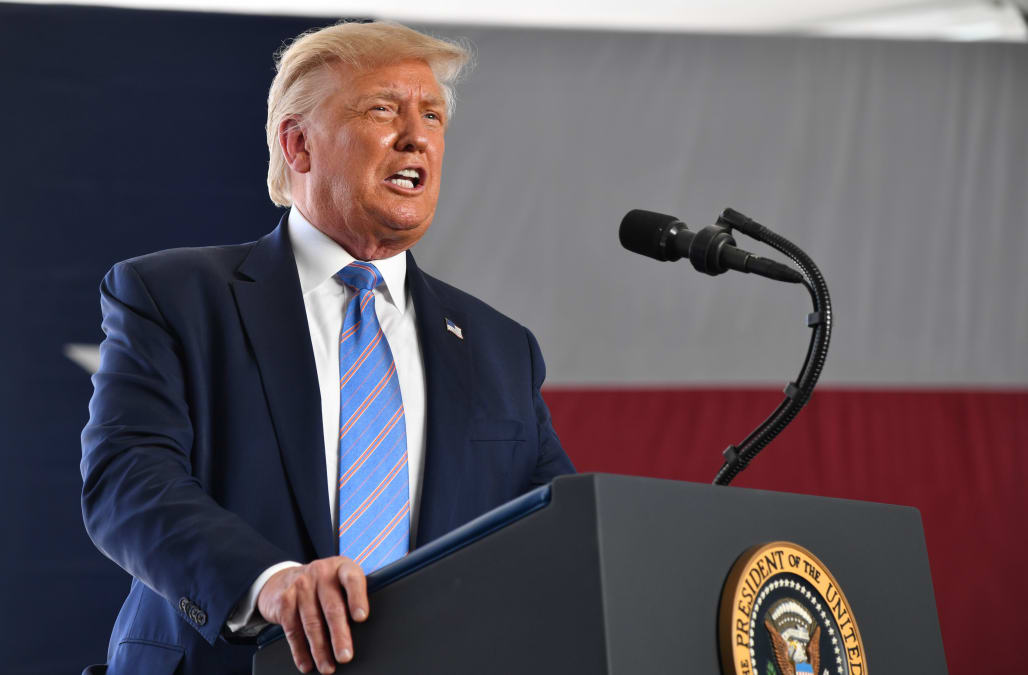 “The 360” shows you diverse perspectives on the day’s top stories and debates.

President Trump suggested Thursday that the upcoming presidential election may need to be delayed, citing unfounded claims that mail-in voting would lead to widespread voter fraud.

Simply put, the president has no power to change the date of the election. The Constitution gives Congress the right to “determine the time of choosing the electors, and the day on which they shall give their votes.” A federal law passed in 1845 established Election Day as the first Tuesday in November, unless the first Tuesday falls on Nov. 1. Under those rules, this year’s presidential election is scheduled for Nov. 3.

A sympathetic Congress could move the election to a different date. But any change would have to be approved by the Democrat-led House of Representatives, who have widely denounced the idea. Many prominent Republicans in the Senate — including Majority Leader Mitch McConnell — have reportedly said the election date is set in stone. Even in the highly unlikely scenario that Congress approves moving the election, Trump’s first presidential term would end on January 20 as ordered by the 20th Amendment.

Trump’s tweet came amid ongoing concerns from both sides of the aisle over how the coronavirus pandemic might derail the election. These fears have led to a push to increase the availability of mail-in voting. Although there are valid logistical concerns about instituting widespread vote-by-mail, there is no evidence it would make the election any less secure.

If there’s close to zero chance that the election actually gets moved, why would Trump pose the idea? The president’s campaign said his statement was “just raising a question” about the legitimate issues that mail-in voting raises.

Trump’s tweet was posted just minutes after the release of data showing that the U.S. economy had suffered its worst contraction in history during the second quarter of this year. Suggesting the election be delayed may have been a means of pushing that bad news off the front page, some argue.

Others say talk of postponing the election is part of a larger and more harmful campaign to lower the public’s confidence in the results if Trump loses to Joe Biden in November, as polls currently suggest is likely. The president’s critics say he has repeatedly sought to undermine the integrity of U.S. elections in hopes of tipping the scales in his favor. Repeatedly injecting skepticism into the voting process by attacking vote-by-mail may be an attempt to create space for him to reject a Biden victory and insist he be able to stay in office, some argue. There have also been accusations that the new head of the U.S. Postal Service, a Trump ally, is deliberately impeding mail service to create chaos on election day.

While the debate over delaying the election appears dead on arrival, the issue of vote-by-mail is likely to be key all the way to November. Some Republicans have echoed Trump’s statements about voter fraud, despite ample evidence to refute those claims. The increased use of mail-in ballots is expected to lead to delays in tallying results, to the point where the final result may not be known until several days after Election Day.

“The suggestion was an alarming indication that Trump is considering ways to prolong his stay in office as the country reels from a deadly pandemic and the resulting economic crisis.” — Chris Megerian, Los Angeles Times

“If Trump loses the election in November and wants to argue that he was cheated and the voting was not legitimate, he can’t start on November 4. He needs to lay the groundwork ahead of time — for example, by repeatedly warning that the vote will be fraudulent and rigged, and by telling his supporters that he tried to postpone it but was denied by ‘Them.’” — David A. Graham, The Atlantic

“If we have mail-in balloting the way it's scheduled now, there is absolutely no way you will get an election result on election night, or even in the first few days. That means confusion and endless challenges. That is a mess.” — Stuart Varney, Fox News

Trump was trying to distract from dire economic news

“Trump, in all likelihood, knows that he lacks the legal authority to postpone the election. But in finally saying the quiet part out loud this morning, he could be hoping to distract from the grim news that the U.S. just suffered its biggest drop in GDP on record. Might as well throw some casual voter fraud lies into the mix.” — Inae Oh, Mother Jones

“This isn’t about mail-in voting at all. This is about Trump’s struggling campaign and the poll numbers that show him losing to Biden. Truly, this is a sign of weakness. And Democrats will not hesitate to take advantage of it. Trump is playing directly into their hands.” — Kaylee McGhee, Washington Examiner

“The threat posed by Trump’s musing about illegally delaying the election must be seen not in terms of the letter of the law but of Trump’s intent, of his situation and of his history. He is contemptuous of our democracy and cares only about himself. He is aided by others with similarly very narrow self-interest as their guiding imperative.” — David Rothkopf, USA Today

Is there a topic you’d like to see covered in “The 360”? Send your suggestions to the360@yahoonews.com.