Lamar Jackson was the NFL Top 100's No. 1 player, and (sorry Mahomes) it's not that crazy 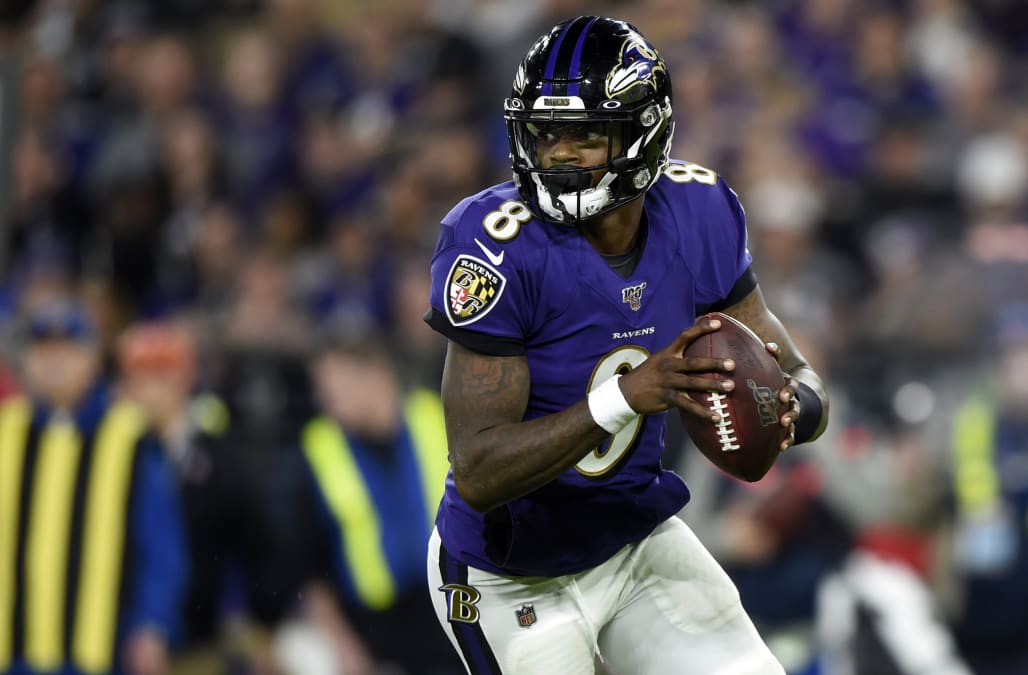 So much was made of Patrick Mahomes being No. 4 on the NFL Networks “Top 100 Players of 2020” list that not enough was made of Lamar Jackson getting the No. 1 spot.

Mahomes being at No. 4 was egregiously bad. But Jackson at No. 1 wasn’t a mistake.

But it’s not wrong to have Jackson ahead of Mahomes.

If you were choosing a quarterback to build a franchise around, Mahomes would top the list. Presumably, Jackson’s career will be shorter because he’s used so heavily as a runner. But if we’re picking a top 100 list based on what we saw last season, Jackson is a fine pick.

We forget quickly, especially when playoff losses are involved. Jackson’s Baltimore Ravens lost their first playoff game, even though Jackson threw for 365 yards and ran for 143 more. Mahomes led the Kansas City Chiefs to their first championship in 50 years, and won Super Bowl MVP. Mahomes owned the offseason as a result.

Mahomes’ playoff magic sticks in our minds but Jackson was phenomenal in the regular season. He was the unanimous NFL MVP and it was well deserved. The Ravens’ loss in the playoffs doesn’t change that Jackson had a historic season. Yet, in the rush to laugh at the NFL Network’s list for putting Mahomes fourth, the common theme on social media was that Jackson had no business being ahead of Mahomes. Stop it.

It would have been fine to vote Mahomes first. He’s undeniably great. But let’s not act like there should be any problem with Jackson taking the top spot. He was the best player in football throughout last season. That’s why he was the unanimous MVP selection.

Jackson is still a bit under-appreciated

It’s still hard for some people to fully appreciate Jackson because he’s different than the norm.

For decades, quarterbacks were measured only by their ability to throw from the pocket. Running was considered a weakness. Then the game changed. The NFL has finally embraced the fact that an elite dual-threat quarterback is just about impossible to stop in the right scheme. Mahomes is a better thrower than Jackson; he might be one of the greatest pure passers ever. But Jackson is the best running quarterback ever (yes, already), and he just led the NFL in touchdown passes. That combination is as unbelievable as any no-look throw from Mahomes.

In the rush to anoint Mahomes — again, he’s great, nobody would argue otherwise aside from whichever haters had him No. 4 or lower on their top 100 ballot — it needs to be said that Jackson is great too. They’re just much different players, and superb in their own ways. And Jackson deserved the No. 1 spot on that list.

Mahomes vs. Jackson should be a fantastic rivalry in the AFC for a while. Hopefully they can settle it in the playoffs this season.