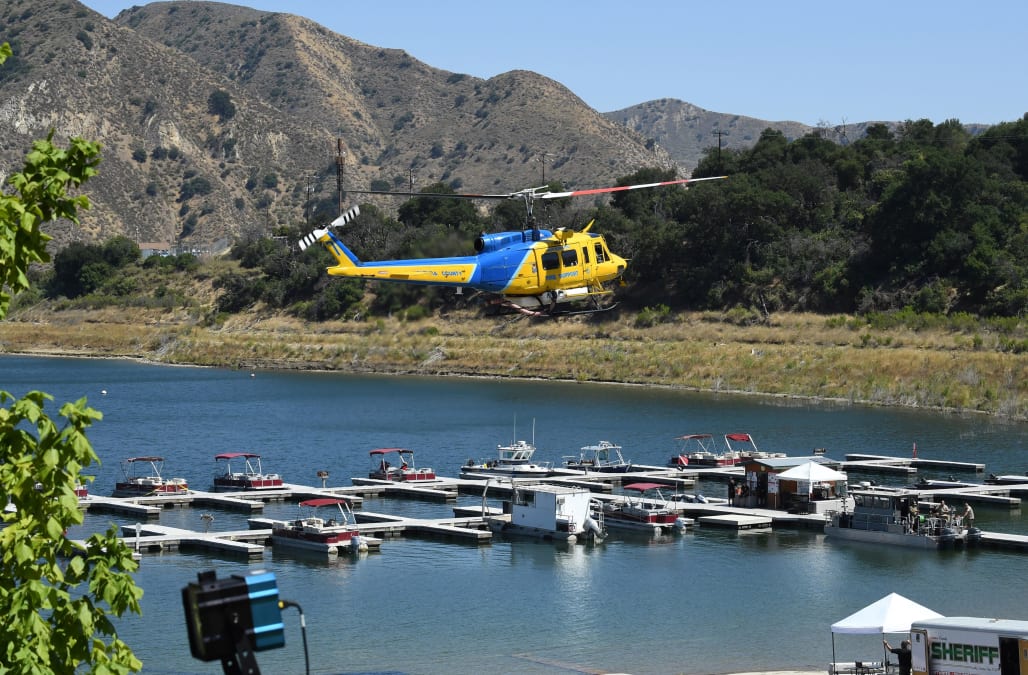 Authorities are confident they have found the body of actress Naya Rivera at Lake Piru in California, five days after she went missing during a boating trip with her son, the Ventura County Sheriff's Office said Monday.

A body recovered in the lake Monday morning was matches the description of Rivera, the sheriff’s office confirmed during an afternoon press conference. An autopsy has not been conducted, but authorities have previously said they presume Rivera drowned in the lake.

Rivera, 33, was boating with her 4-year-old son Wednesday afternoon when she went missing. The boy was found asleep and wearing a life vest late Wednesday afternoon and told investigators that he and his mother went swimming and he got back on the boat, but Rivera did not.

The sheriff's office has said Rivera and her son were the only people on the boat she had rented when it went out on the water.

In the area where the boat was found, the water was about 30 feet deep, authorities said. Visibility in the water during the day was about eight to 10 inches and there was lots of debris and full-size trees under the water and "varying depths."

On Thursday, the sheriff's office said it was presuming that Rivera drowned in the lake. Deputy Chris Dyer said there were no signs of foul play or anything that went wrong "besides a tragic accident."

Several agencies have assisted in the search on Lake Piru, about 50 miles northwest of Los Angeles, the sheriff's office said.

Rivera married actor Ryan Dorsey in 2014. She gave birth to their son, Josey Hollis, in 2015. The couple finalized their divorce n 2018.

Rivera starred in six seasons of the Fox series “Glee” as cheerleader Santana Lopez. If her death is confirmed, Rivera would become the third major cast member from "Glee" to die in their 30s.

Cory Monteith, who played Finn Hudson, died at 31 in 2013 from a toxic mix of alcohol and heroin.

Mark Salling, who played Noah Puckerman, died in what appeared to be a suicide in 2018 at 35 after pleading guilty to child pornography charges. Rivera and Salling had dated at one point.

More from NBC News:
Sailors injured after fire erupts on military ship in San Diego
Grand Canyon hiker falls to her death trying to take photos
Woman gored by bison at Yellowstone after getting too close for photos