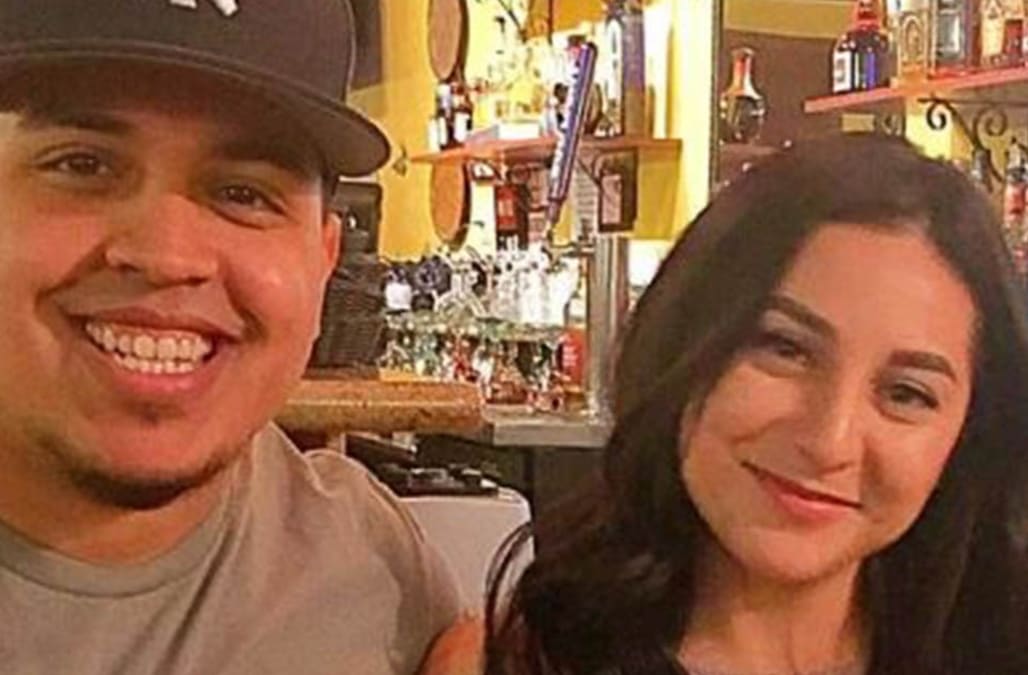 Three men have been arrested for murder in the case of Audrey Moran and Jonathan Reynoso, a California couple who has been missing for more than three years, the Riverside County Sheriff's Department announced Saturday.

The men were identified by authorities as Manuel Rios, 28, of Coachella, Abraham Fregoso, 32 of Indio, and Jesus Ruiz Jr., 41, of Stockton. All three suspects are charged with murder and have been booked into the Riverside County Jail.

According to a news release, investigators said “information obtained during this lengthy missing person/homicide investigation has led to the arrest of three suspects in connection with the murders of Audrey Moran and Jonathon Reynoso.” No further information was released on the details of the case or possible connection between the missing couple and the suspects.

Audrey Moran and Jonathon Reynoso, who have been missing since May 10, 2017, were featured in Dateline NBC’s “Missing in America” shortly after they disappeared.

Several of Audrey’s family members grew concerned and phoned police the next day when calls to her went unanswered. Authorities used OnStar to track down Audrey’s 2010 GMC Terrain SUV. Around 9 a.m. on May 12, the car was found parked and abandoned alongside the westbound lanes of Interstate 10 in Beaumont, about an hour northwest of Coachella and Palm Desert. The SUV had nearly a full tank of gas and had no obvious signs of damage, according to police reports. Forensic analysts did not find any signs of foul play inside the vehicle.

Later in the day, around 12 p.m. on May, 12, 2017, officers from the Palm Desert Police Department received a missing persons report for 28-year-old Jonathan Reynoso. Jonathan was last seen on May 10, 2017, at his home in Palm Desert. Palm Desert Police began working alongside Indio Police to find the couple.

Since then, the Riverside County Sheriff’s Department Central Homicide Unit has taken over the investigation and stated in the news release that they are “encouraging the public with any helpful information in regards to the whereabouts of Audrey Moran and Jonathan Reynoso to call the missing persons tipline.”

The families of Audrey and Jonathan have stayed in contact throughout the ordeal, doing whatever they can to find the couple.

They passed out fliers and bracelets with the couple's names throughout the southwest United States. They held candlelight vigils and fundraisers. A GoFundMe account collected more than $10,000 for a reward for information on the couple's whereabouts. The account was shut down after meeting its monetary goal.

Jonathan and Audrey’s bodies have not been found.

Audrey was described as being five feet tall and weighing 121 pounds, with brown hair and brown eyes. She had a small, red tattoo on her collarbone.

Jonathan was described as being five feet, ten inches tall and weighing 185 pounds, with black hair and brown eyes. He had several tattoos on both of his upper arms.

Anyone with information about what happened to Jonathan and Audrey is urged to call the Riverside County Sheriff’s Office at (760)-393-3544.