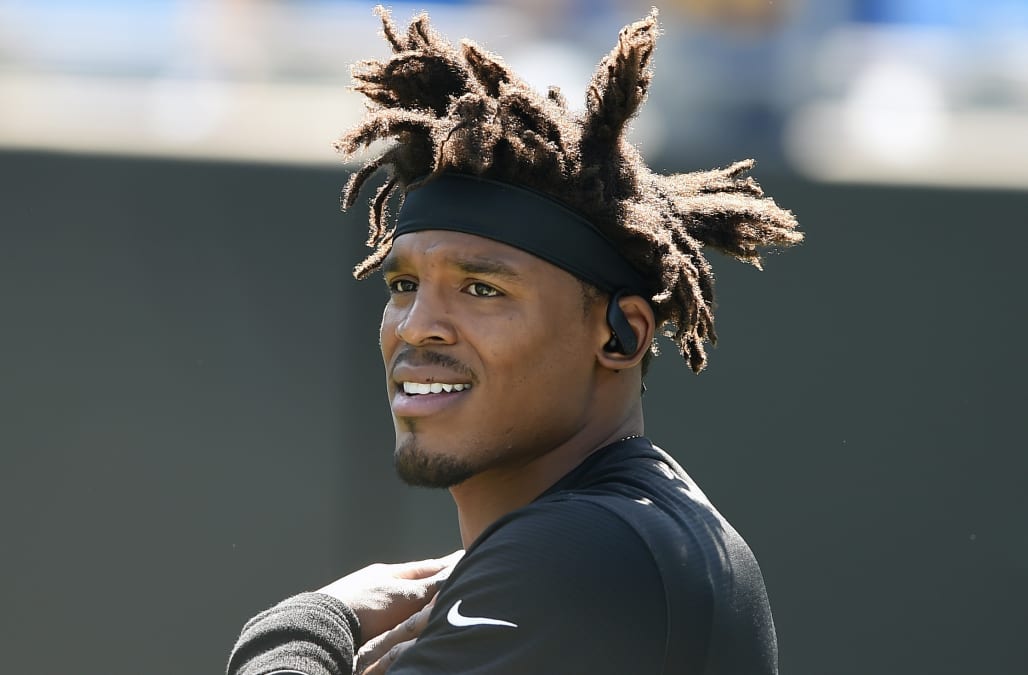 Quarterback Cam Newton finally found a new home Sunday night, reportedly signing an incentive-laden one-year deal with the New England Patriots. With incentives, the league minimum deal ($1.05 million) could be worth up to $7.5 million, but San Francisco 49ers cornerback Richard Sherman has a problem with it.

How many former League MVPs have had to sign for the min? (Asking for a friend.) just ridiculous. A transcendent talent and less talented QBs are getting 15/16m a year. Disgusting https://t.co/eZycGL8qkZ

Newton was named NFL MVP in 2015, but has struggled with injuries the past few years. That certainly made him a risk, but his talent can’t be denied. Even in 2018, when he struggled with a shoulder injury that required season-ending surgery, Newton completed 67.9 percent of his passes, by far a career high and ninth-best in the NFL.

Even though Newton was the most talented quarterback left available on the market this offseason, and had been for quite some time, he remained unsigned for longer than he should have been. Teams forked over more money for lesser quarterbacks, making Newton’s deal seem like an even bigger steal.

Newton is being paid less than:

Looking at Newton’s “peers” in this deal just continues to prove that Newton is being underpaid. Both Ryan Fitzpatrick and Marcus Mariota are making around the same as Newton in 2020, but neither of them has the outstanding history or proven NFL success that Newton has.

So the Patriots again get lucky, signing a former MVP for less than he’s worth and even making a little history in the process.

Another ridiculous part of the Pats signing Cam Newton?

Patriots are now the first team in NFL history to both lose and add a former MVP in a single offseason, according to @EliasSports

It’s the most Patriots thing ever to lose and gain an MVP in the same offseason. And the MVP they’ve gained has something to prove: that he’s still an elite talent who can compete with the best of the NFL. Signing an under-market deal could give Newton even more drive to do that.