Missouri couple points guns at protesters marching past their home 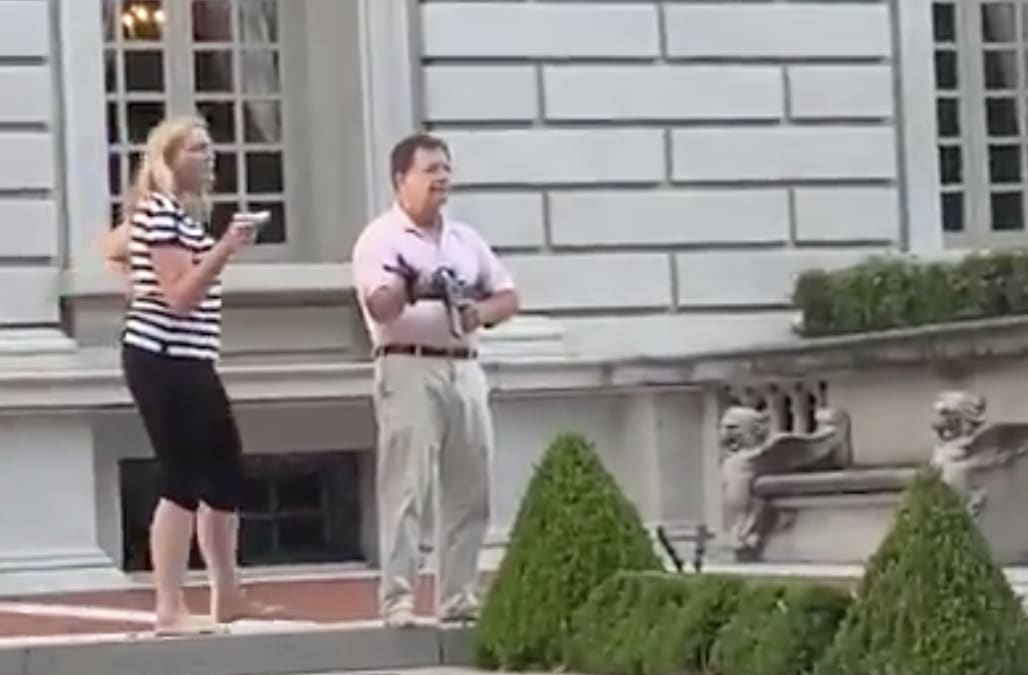 A couple in St. Louis is coming under fire on social media after images and videos showed them aiming guns at protesters who were marching past their home.

Footage showed the couple, one with a pistol and the other with what appeared to be a semiautomatic rifle, shouting at the protesters and waving the weapons around. At times, they appeared to be pointing the firearms toward the demonstrators.

A couple has come out of their house and is pointing guns at protesters in their neighborhood #StLouis#lydakrewsonpic.twitter.com/ZJ8a553PAU

The march was organized by Expect Us, which billed the event as “a call to action against the violence towards Black people.”

The route reportedly passed the home of Mayor Lyda Krewson (D), where protesters chanted: “Resign Lyda, take the cops with you.” Local CBS station KMOV reported that demonstrators also painted “RESIGN” in the street outside her home.

Krewson is under pressure to step down after she read aloud the names and home addresses of constituents who had called for police reform during a Facebook Live video, a move critics said equated to doxxing critics of the police.

here’s what happens when you march on Portland Place in St. Louis, MO

they’re scared of their own community pic.twitter.com/Ng8qW1Pa6C