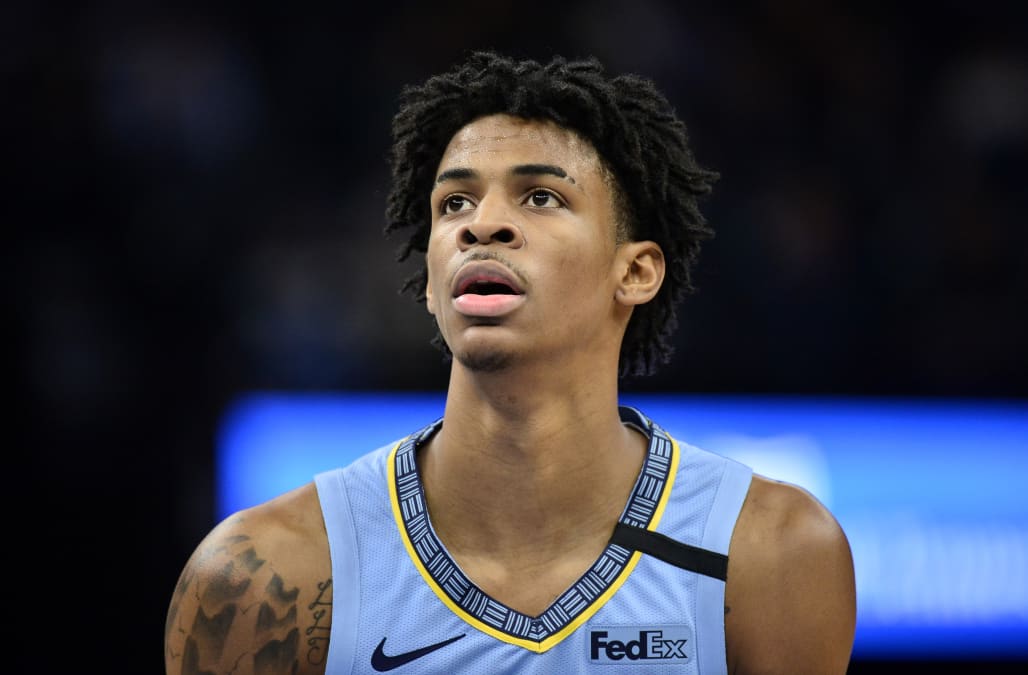 Ja Morant issued an apology late Sunday and clarified an anti-police slogan he posted hours earlier on his Instagram page that combined an expletive and his jersey number.

Morant posted an image of his No. 12 Memphis Grizzlies jersey with his name replaced by “F---.” The expletive combined with 12, used to reference drug enforcement officers, is an anti-police slogan used on social media. Morant used a laughing emoji on it and wrote “nah fr [for real] tho” alongside the “100” emoji and an annoyed face.

Per the Commercial Appeal, he also followed it up with a since-deleted tweet: “want dat on my jersey fr.”

Later in the night he apologized for the image and clarified he was referencing “bad cops who get away with the murder of unarmed Black men and women and those who continue to harass peaceful BLACK LIVES MATTER protestors.”

“I want to first apologize for reposting something that didn’t clearly and accurately convey what I wanted to share. My post was intended to focus on the bad cops who get away with the murder of unarmed Black men and women, and those who continue to harass peaceful BLACK LIVES MATTER protestors.

“I know there are good cops ‘12’ out there. I know some, and a few are family. I am thankful to the cops at Murray State who took care of me, and the cops who continue to watch over me with the Grizzlies. We NEED good cops to step up and make sue other cops are not abusing their power.

“There have been too many Black lives taken by police that could have been prevented. You may see me as just a basketball player and I may lose fans for taking a stand, but I won’t stay silent.

“BLACK LIVES MATTER!! Where’s the justice for Breonna Taylor?? And the other countless innocent Black lives that have been taken at the hands of dirty cops with no convictions?”

Morant has been active since the death of George Floyd forced a reckoning with race in the United States. Earlier this month he wrote a letter to a Kentucky judge asking for a Confederate memorial at Murray State, which retired his jersey this year, to be taken down.

NBA to allow statements on jerseys, per report

The NBA and NBA Players Association, along with Nike, are working to allow players to replace the surnames on their jersey with statements on social justice, per reports Sunday. The jerseys would be used when the league resumes play at Disney World on July 30 and were pushed by NBPA president Chris Paul.

WNBA star Angel McCoughtry first pitched the idea of social activism on league jerseys with posts on social media early last week. She created a petition to gather fan support in putting the first and last name of those who have been killed or injured by police. She has also included the names of frontline workers during the pandemic in the idea.

“The goal is also to create a relationship with the families of who’s name the athlete has chosen. This is a way to use our platform to be a helping hand during these trying times,” she wrote on Instagram.

McCoughtry, who is in her first season with the Las Vegas Aces, shared mock-ups of her No. 35 with the names of Taylor, Floyd and Black Lives Matter.