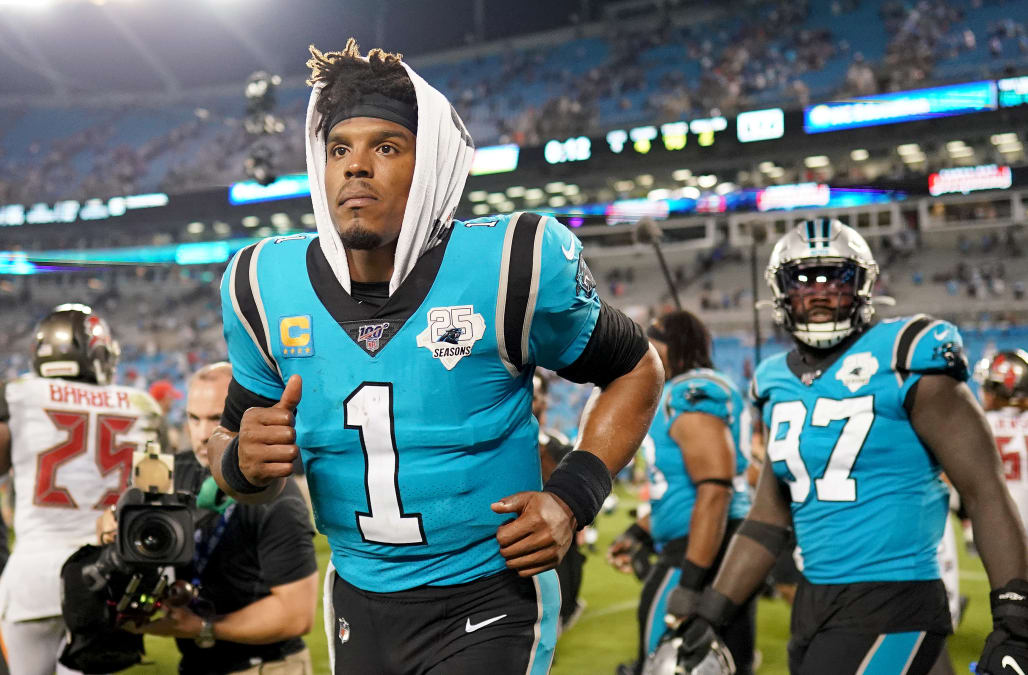 After losing one MVP quarterback in the offseason, the New England Patriots signed another.

In hindsight, the Patriots’ signing of Cam Newton seems the most Patriots thing ever. That the Cleveland Browns reportedly talked to him and passed also seems, well — very Cleveland Browns.

And that appears to be the case. ESPN’s Adam Schefter said on his podcast Monday that the Browns were the only other team to even speak with Newton during his prolonged free agency. But that conversation didn’t go very far.

“Cam Newton did not have any other offers from any other teams.” Schefter said. “There was one other team that had one other conversation with him. It was very brief. It didn’t go very far. But the Cleveland Browns did speak to Cam Newton at one point in time. But those talks didn’t go anywhere.”

The Patriots got Newton cheap — a “bare minimum” one-year deal that could hit $7.5 million with incentives, according to NFL Network. And for that almost zero-risk transaction, the Patriots have gone from rolling the dice on Jarrett Stidham to entering the season with the best quarterback in the AFC East for the 20th straight season.

That is if Newton has recovered from shoulder and foot injuries that hampered his production and availability the last two seasons. Newton suffered a shoulder injury in 2018 that hindered his ability to throw the ball accurately downfield. A foot injury last season limited him to just two games.

But those risks are more than priced into his deal with the Patriots, and the upside is a 31-year-old three-time Pro Bowler four seasons removed from an MVP and Super Bowl appearance. It all begs the question — why didn’t those talks with the Browns “go anywhere?” And why didn’t any other team even bother to pick up the phone in an offseason that saw a diminished 38-year-old Philip Rivers sign with the Indianapolis Colts for $25 million.

The Browns showed at least a semblance of interest. And they didn’t have to pay a big price to secure a significant insurance policy for a roster with playoff aspirations. But it sounds like the conversation didn’t even get to that point.

Cleveland, of course, is set at starting quarterback. Baker Mayfield regressed in a disappointing sophomore campaign last season. But the 2018 No. 1 pick would be the clear starter entering the season with or without Newton on the roster.

At the same time, having a proven winner playing at a discount as a backup who already has a relationship with Odell Beckham Jr. seems an ideal luxury for at team hoping to build on the promise of its talented roster. If Mayfield were to get injured or regress even further in 2020, looking to Newton would be an attractive backup plan.

Instead, the Browns will count on Case Keenum. And the Patriots will enter the season with renewed hope of maintaining their dominion over the AFC East.