Attorney for family of missing soldier calls on Congress to launch investigation against Fort Hood, launches "I am Vanessa" campaign 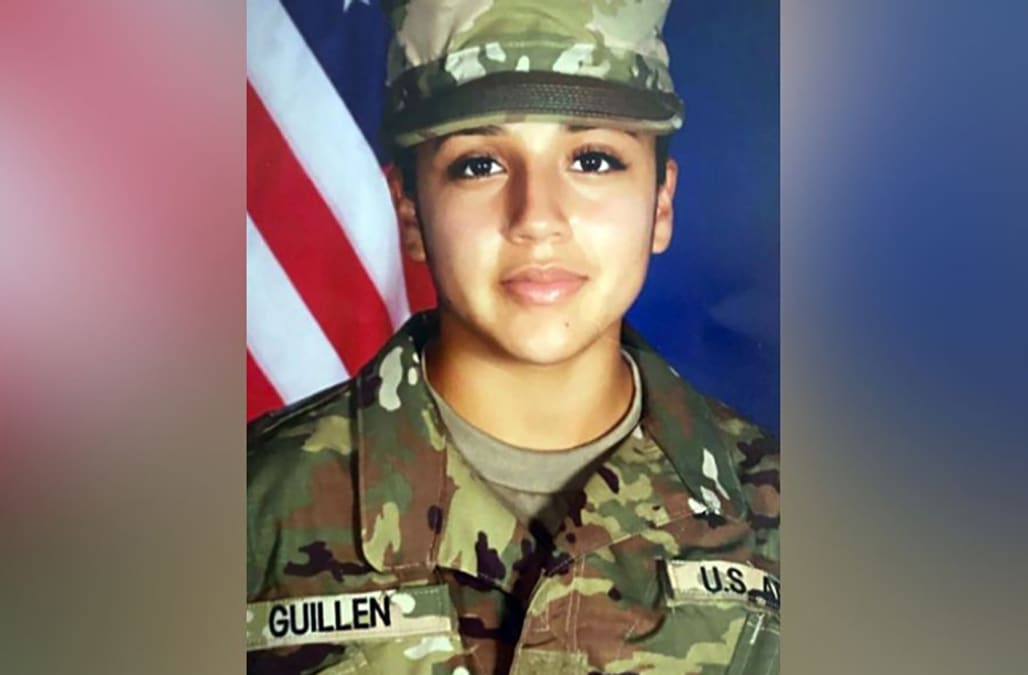 As the months-long search continues for Private First Class Vanessa Guillen, the Fort Hood soldier who has been missing since April 22, the family’s attorney has requested that U.S. Senator Ted Cruz open a congressional investigation into her disappearance. Natalie Khawam told Dateline that she spoke with Sen. Cruz staffers on Thursday to formally request a Senate inquiry after what she described as a “disconcerting” meeting on Tuesday with Fort Hood leaders.

The meeting, which also included the U.S. Congresswoman Sylvia García, was held with the hope of the Guillen family getting answers to at least some of their questions about their daughter’s disappearance.

But Khawam said they did not receive any information they were promised.

“This is why we need a congressional investigation,” Khawam told Dateline. “The base command did not provide us with the information they promised us. They were not transparent, or forthcoming. We got nothing.”

The U.S. Army, under criticism from the Guillen family, spoke out this week, according to NBC News, addressing questions about the investigation into Vanessa’s disappearance more than two months earlier.

The Army included with its list of answers to frequently asked questions about the case a message, saying: "We are very concerned for the welfare of PFC Vanessa Guillen and we fully understand the frustration felt by the family, friends and fellow Soldiers of Vanessa. We are doing everything in our power to get her back and will not stop until we do." Vanessa, a 20-year-old private first class in the 3rd Cavalry Regiment, was last seen April 22, in a Fort Hood parking lot. Her car and barracks room keys, identification card and wallet were found in the armory room where she was working the day she disappeared, Fort Hood officials said.

According to Rep. García at a press conference held Tuesday in Fort Hood, the Army is now convinced there was “foul play” involved in Vanessa’s disappearance.

“They have now used the words foul play. They are convinced now that there is foul play involved and they are following all the leads they can,” the congresswoman said at the press conference that was live streamed on social media.

Vanessa’s sister, Mayra, told Dateline that Vanessa had previously expressed to their mother, Gloria Guillen, that she felt unsafe at Fort Hood and that a sergeant had been sexually harassing her. Mayra said Vanessa never identified that person and never reported any incidents to the Army’s Sexual Harassment/Assault Response and Prevention program.

The Army said that its criminal investigation unit has "no credible information or reports that Vanessa was sexually assaulted."

"Additionally, we are not aware of any report of sexual harassment from Pfc. Guillen or any other Soldier on her behalf. However, we are looking at all possibilities and have not ruled anything in or out. Fort Hood has opened an investigation into reports of sexual harassment that the Guillen family has reported," the Army wrote.

A spokesman for the U.S. Army Criminal Investigation Command (CID) insisted to Dateline’s “Missing in America” that the agency is investigating all leads.

“We are completely committed to finding Vanessa and aggressively going after every single piece of credible information and every lead in this investigation,” Army CID Chief of Public Affairs spokesman Chris Grey said. “We will not stop until we find Vanessa.”

Khawam told Dateline that while the military provided some answers to their questions at the meeting Tuesday, she said that one of the key pieces of information they did not get was a detailed timeline of what Vanessa did the day she disappeared.

Khawam added that she hopes a congressional inquiry will uncover what the family believes is a military cover-up.

“The goal is to find out what really happened to Vanessa,” Khawam said. “Something is happening at that base and people — especially women — are too scared to talk about it.”

She explained that the family does not believe that military leaders are telling them the truth. The family said they learned about Vanessa’s disappearance after her boyfriend and one of her sisters had been unable to reach her.

Military leaders told the family they didn’t know Vanessa was missing until 8 p.m. on April 22.

“It doesn’t make sense,” Khawam said. “Where was she during the check-ins earlier in the day. How is it that she wasn’t reported as absent if she missed those check-ins?”

According to Khawam, military officers said that all soldiers were accounted for that day during the afternoon check-ins.

“How do you check somebody in who’s not there? They lied,” Khawam said. She added that officers discussed it at the Tuesday meeting and characterized it as “a mistake.”

Khawam, who is based in Florida, will remain in Washington, D.C. to do “whatever it takes” for a congressional investigation to be launched.

She also met with LULAC, the oldest Latino civil rights organization in the U.S., and together they have launched the “I am Vanessa” campaign following an outpouring from women who have come forward on social media with their own experiences with sexual harassment in the military. The hashtag #IamVanessaGuillen has been trending on social media.

“Vanessa’s story is very dear to me and I’ll do whatever I can to help the Guillen family,” Khawam said. She added that she feels connected to the family, because her own parents are immigrants. “There’s a language barrier with Vanessa’s mother, but that doesn’t mean she can’t get the same fight for her daughter. The same justice. They need to be heard and I’m going to keep pushing until I find answers.”

Vanessa's disappearance has drawn local protests, while celebrities such as Salma Hayek and Houston rapper Baby Bash, have joined in the effort to draw attention to her case.

Khawam told Dateline that a protest and national press conference is scheduled to be held in front of the Capitol in Washington, D.C. on Thursday, July 2.

“This is just the tip of the iceberg,” Khawam said. “I believe this is going to be the start of a movement. These women — these soldiers — they are the ones who keep us safe. They are our national security. We should be doing everything we can to keep them safe. And to make sure that if they don’t feel safe, they can go to someone without repercussion.”

A reward of up to $50,000 is now being offered for credible information leading to the whereabouts of Vanessa Guillen.

Vanessa is five feet, two inches tall, 126 pounds, with black hair and brown eyes. She has the tattoo of a cross with a flower on her left arm, another flower also on the left arm, and a mountain with a circle on her upper left shoulder. She has a small mole between her lower mouth, and her chin. Vanessa was last seen wearing a black t-shirt and purple fitness-type pants.

Anyone with information about her whereabouts is urged to contact Army CID Special Agents at 254-287-2722 or the Military Police Desk at 254-288-1170. They can also anonymously submit information at https://www.cid.army.mil/report-a-crime.html.