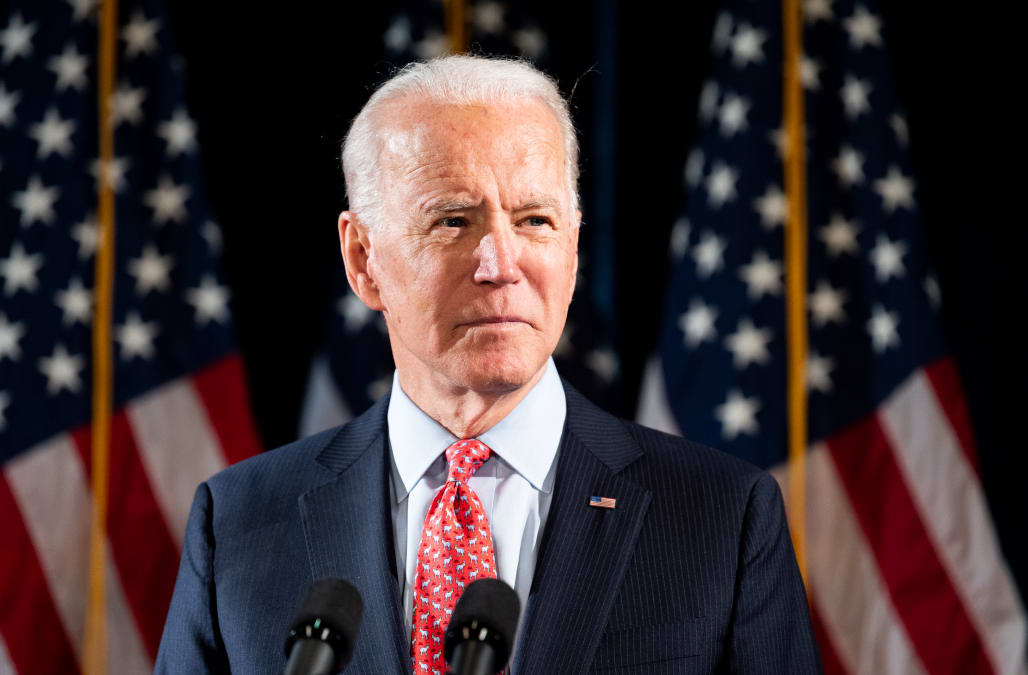 Former Vice President Joe Biden apologized for remarks he made Friday morning insinuating that a black radio host “ain’t black” if he had questions about voting for him.

During an interview hours earlier, Biden suggested that African-American radio personality Charlamagne Tha God “ain’t black” if he was questioning whether he should support the presumptive Democratic nominee over President Trump in the general election.

After an aide interrupted the interview to say that the former vice president was running short on time, the host asked that Biden pay the studio a visit the next time he’s in New York.

“It’s a long way until November,” he said. “We’ve got more questions.”

“You’ve got more questions?” Biden replied. “Well, I tell you what, if you have a problem figuring out whether you’re for me or Trump, then you ain’t black.”

Charlamagne said that asking challenging questions of the Democratic candidate has nothing to do with supporting Trump.

“It don’t have nothing to do with Trump. It has to do with the fact that I want something for my community.”

Biden empathetically interrupted, telling Charlamagne to “take a look at my record, man. ... I have a record that is second to none,” and promised that he’d join the talk show in person.

Shortly after the interview aired, #youaintblack and #JoeBidenisaracist began trending on Twitter.

Symone Sanders, a Biden campaign senior adviser, wrote on Twitter following the backlash Friday morning that Biden’s comments were made in “jest.”

“Let’s be clear about what the VP was saying: He was making the distinction that he would put his record with the African American community up against Trump’s any day. Period,” wrote Sanders.

The remark came at the end of a wide-ranging interview about black America on “The Breakfast Club,” a program popular for its candid and often contentious interviews with celebrities and politicians alike. Several Democratic candidates stopped by during the primary cycle to make their pitch, including an infamous appearance by Sen. Kamala Harris, who was mocked for an answer she gave regarding music and marijuana.

Biden has already said he wants to pick a woman as his running mate, and the campaign has been pressured for months to select a black woman, pointing to the African-American community’s overwhelming support of the former vice president during the primary process, helping push him to frontrunner status. Several prominent black female politicians, including Harris and Stacey Abrams, have received notable publicity.

Recent news that Sen. Amy Klobuchar was also being vetted for vice president sounded alarms in the black community, especially considering the heavy criticism of her record prosecuting African-Americans in Minnesota.

During the interview with Charlamagne, Biden would not acknowledge any specific people on the vice presidential shortlist, but said that “multiple black women” are being considered.