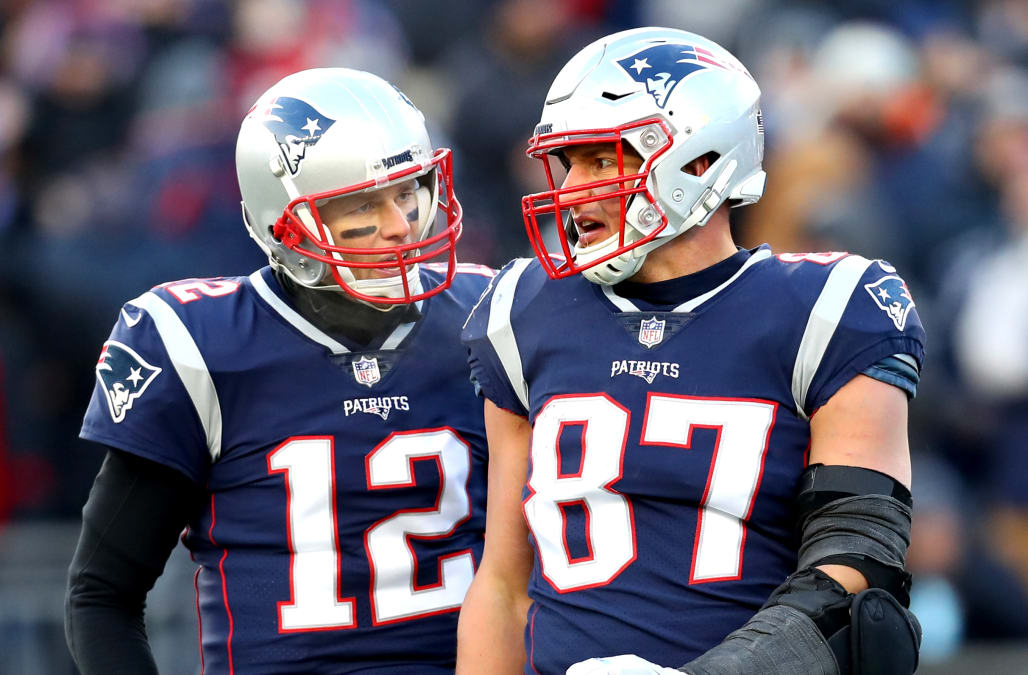 In the matter of just a few hours on Tuesday, Rob Gronkowski went from retired football player and WWE 24/7 champion to the newest member of the Tampa Bay Buccaneers. Gronk’s un-retirement happened so quickly that it seemed like it came out of the clear blue sky, but it appears to have been in Tom Brady’s plans all along.

In an interview with WEEI on Wednesday morning, NFL Network’s Ian Rapoport said that Brady was shopping himself with Gronk during free agency, essentially telling teams that they were a package deal.

“Tom Brady told interested suitors that he wanted to bring Gronk with him wherever he signed.” @RapSheet

This isn’t hard to believe, since Brady and Gronk made a great team while they were on the New England Patriots. It is interesting (and a little puzzling) that Brady was advertising them as a package deal, since Gronkowski would need to be acquired from the Patriots for that to happen. In the end that didn’t turn out to be a problem, though we don’t know if Gronkowski’s acquisition was part of Brady’s contract, or a condition of his signing, or just something he asked the Bucs to do.

As for whether Bill Belichick’s notoriously frosty and mercenary attitude had anything to do with Gronk retiring and then returning a year later to play for a different team, Rapoport didn’t think so. He still believes Gronk’s retirement was about the condition of his body and mind and not about Belichick at all.

Ian Rapoport on @TheGregHillShow was asked if Rob Gronkowski retired because of Bill Belichick: "I got the sense talking to him a length that it was more about the body and overall love (for the game) than Bill (Belichick)."

After retiring following the 2018 season, Gronkowski consistently left the door open to coming back at some point — though that would often go hand-in-hand with him saying that he didn’t quite have the drive to play anymore, and he’d need to get that back before returning. In fact, he said that very thing on live TV about 18 hours before his un-retirement news broke. Looks like the drive to play football again was inside him all along.