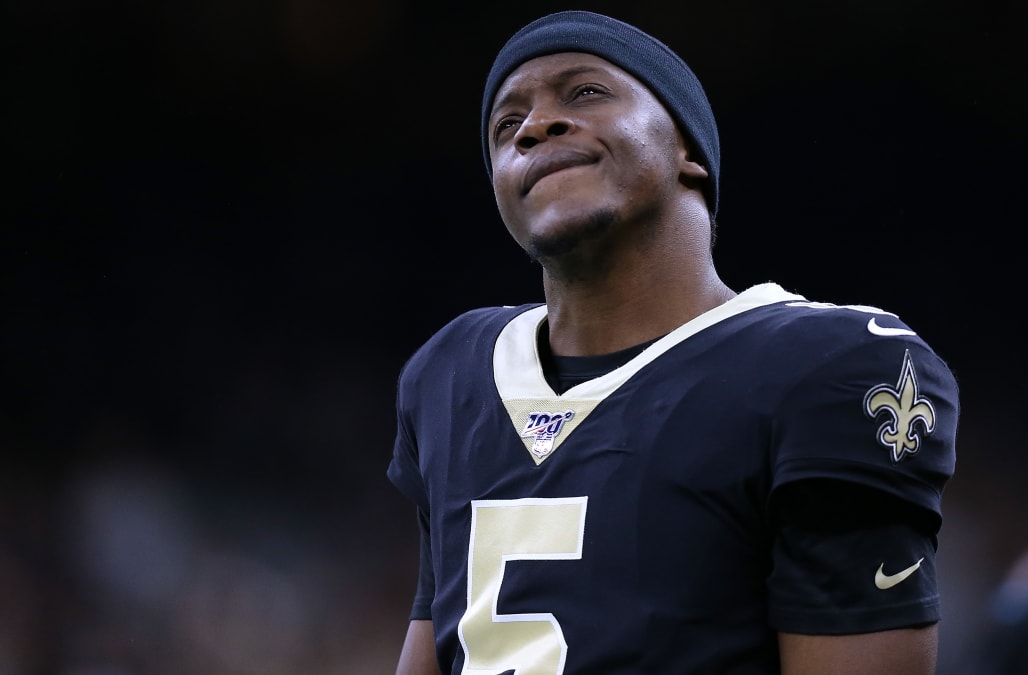 There are a few industries that must be doing OK as people stay home during the coronavirus pandemic.

Video games must be high on that list. And video games are helping the 2020 Carolina Panthers.

Quarterback Teddy Bridgewater signed with the Panthers as a free agent this week, becoming their new starting quarterback. He can’t go and work out with his new teammates and he doesn’t know when or if offseason camps will happen.

So Bridgewater is doing the next best thing. He’s learning about his new teammates by playing “Madden.”

Bridgewater had an online press conference Thursday. These are unprecedented times.

According to Jourdan Rodrigue of The Athletic, Bridgewater is staying at home, checking in with new Panthers teammates to make sure they’re safe, and going over old play sheets.

Omg - Teddy Bridgewater says playing Madden as the Panthers is actually helping him get a better feel for some of the guys on the roster from afar - “and also, the Internet helps with that” LMAO

NFL players have to get creative

“Madden,” the longtime king of NFL simulation video games, is so realistic that it’s not crazy to have some fun and figure out some things about his new teammates. Even his virtual new teammates.

The NFL is going to have to get a bit creative this offseason. It’s an offseason unlike any other the league has experienced. For players switching teams, they have to do what they can to learn what they can about their new teammates. No word on whether Bridgewater traded for new Panthers receiver Robby Anderson on the game to make it

There are worse ideas than playing “Madden” to do it. Now we just need to know Bridgewater’s handle for some online gaming.