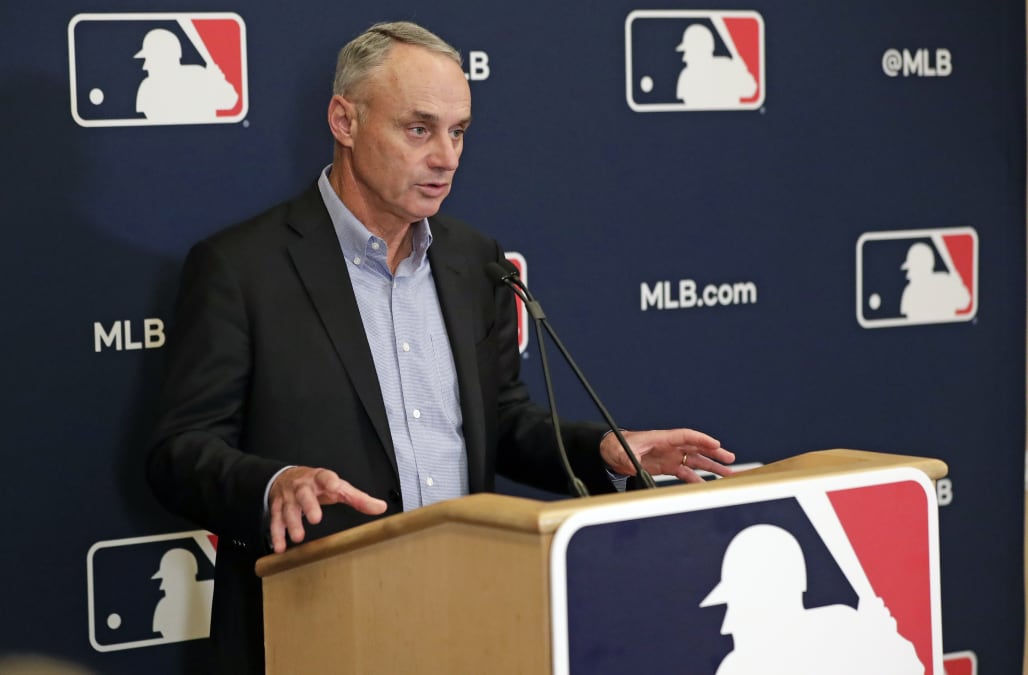 Even with the sports world on ice amid the coronavirus pandemic, MLB commissioner Rob Manfred hasn’t forgotten about the alleged cheating of the 2018 World Series champion Boston Red Sox.

He just hasn’t had enough time to do anything about it yet.

Rob Manfred: Red Sox report is coming ... at some point

In an interview with ESPN on Wednesday in which he discussed the status of the MLB season, Manfred said that MLB’s investigation into the Red Sox is complete, but he conceded that handling the coronavirus fallout has prevented him from producing a report and announcing a decision on a punishment.

Rob Manfred says he is done with the Red Sox investigation and that the league will get a Boston report out before play resumes. pic.twitter.com/txp1Efz0xH

“Boston, we are done with the investigation,” Manfred said. “There’s been a delay in terms of producing a written report just because I, frankly, have not had time to turn to it with the other issues, but we will get a Boston report out before we resume play.”

A Red Sox lawyer hinted earlier this week that the team is aware of the findings of the investigations, and that the team does not agree with them.

The Red Sox are accused of illegally using their video replay room in 2018 to steal signs and relay them to a runner on second, who would then signal the batter. The practice, thought to be widespread prior to an MLB crackdown in the 2018 postseason, is different from the 2017 Houston Astros scheme which used a different monitor and the infamous trash can banging to relay signs.

Even though the Red Sox scheme wasn’t as extensive — or likely effective — as the Astros’, the team’s prior use of an Apple Watch to steal signs in 2017 could lead to another significant punishment due to its repeat offender status. The Astros were hit with a $5 million fine, loss of four valuable draft picks and one-year suspensions for their since-fired manager and general manager.

As far as the Astros go, Manfred signaled the book is closed, at least from his office’s perspective.

“Obviously, the Houston matter is done and over from our perspective,” Manfred said. “We rendered our decision. It’s had a full airing in the public, which we fully expected.”