Cameraman who worked Jazz-Pistons game diagnosed with coronavirus, in coma 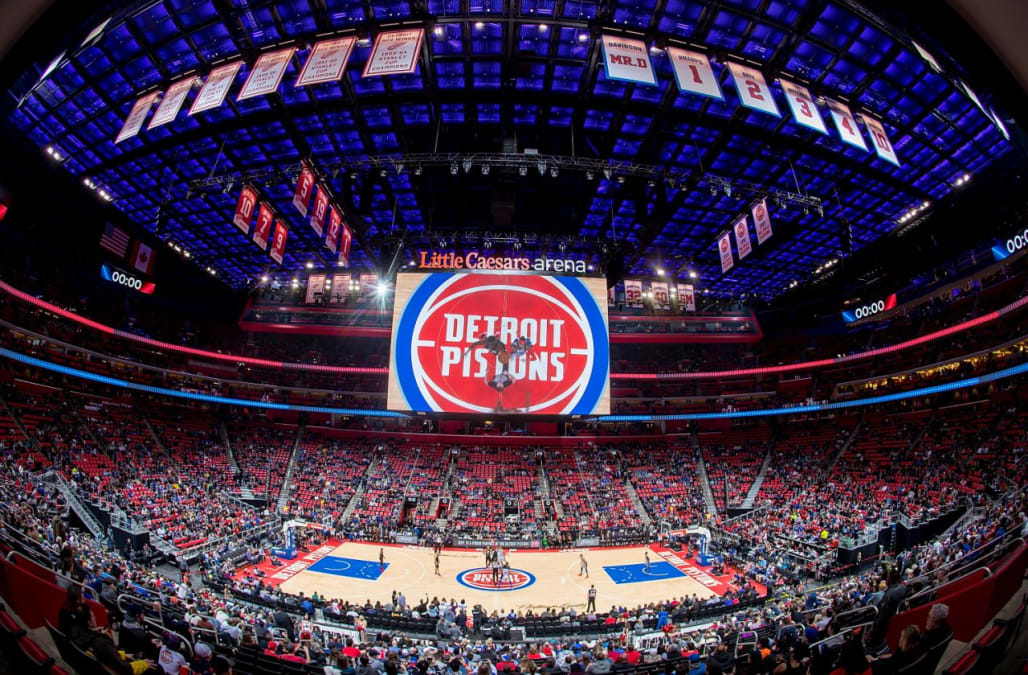 DETROIT — A camera operator who shot footage inside the Utah Jazz locker room after a March 7 game in Detroit is in a medically induced coma after being diagnosed with COVID-19, his friends said. The game was played just four days before the NBA suspended operations because of the coronavirus pandemic.

The man, who is in his 50s, has worked for years as part of broadcast crews for NBA games at Little Caesars Arena, according to friends. That included the Jazz-Pistons contest where part of his assignment, according to coworkers, was filming postgame locker-room interviews for the broadcast feed that went back to Utah.

Yahoo Sports is not naming the man due to privacy concerns. It is unknown where, when or how the man contracted the coronavirus. According to a friend, he began feeling ill about a week after the game. When home remedies didn’t work, he reported to a suburban area hospital on March 18.

“He sent me a text saying, ‘Oh [expletive], they put me in an exam room with masks,’” friend Grov Tigue told Yahoo Sports. “At 11:11, he sent another one saying, ‘They say my oxygen level is low. They want to get it to a higher level.’ But he didn’t have a diagnosis yet.

RELATED: Take a look at some notable public figures who have tested positive for COVID-19:

“Thursday I texted him about the [Darius] Slay trade [involving the Detroit Lions] and he replied at 1:18 on Thursday, ‘Still in the hospital,’” Tigue said. “Saturday I hit him at 6:47 a.m. Then he replied at 3:48 p.m. He said, ‘I’ll be out of touch for a day or so.’ Then I found out they were putting him into a coma.

“[Doctors] couldn’t get his oxygen levels right. They pulled him out of the coma yesterday but put him back in,” Tigue said.

Two members of the Utah Jazz, Rudy Gobert and Donavan Mitchell, have both announced they tested positive for the coronavirus. Additionally, Pistons forward Christian Wood confirmed he also had tested positive. Wood’s agent, Adam Pensack, said Wednesday his client is “fully recovered” from the virus.

After Gobert tested positive on March 11, NBA commissioner Adam Silver decided to suspend the season, including pulling the Jazz and Thunder off the floor just before the start of their game in Oklahoma City.

“I didn’t know he did the [Utah] game until I called him,” Tigue said. “When I called him that Wednesday, the 11th, he didn’t know anything about the games being canceled yet. While we were on the line, one of his bosses called him. Letting him know what to do next.”

The man regularly works as a camera operator on NBA broadcasts, according to coworkers who requested anonymity due to employment concerns.

Generally, non-nationally televised NBA games are filmed by crews associated with the home team. The footage is also sent back to the local or regional sports networks that carry the game for the road team. There are often additional camera responsibilities, such as filming the team play-by-play person and color analyst on the court pregame, focusing on a single player during action or getting coach and player reactions for a postgame show. Tigue’s friend often performed those tasks.

More from Yahoo Sports:
Wolves’ Towns reveals his mother is in coma with coronavirus
Robinson: Four years after winning MVP, Cam may be a backup
IOC president cites Trump in delaying postponement of Olympics