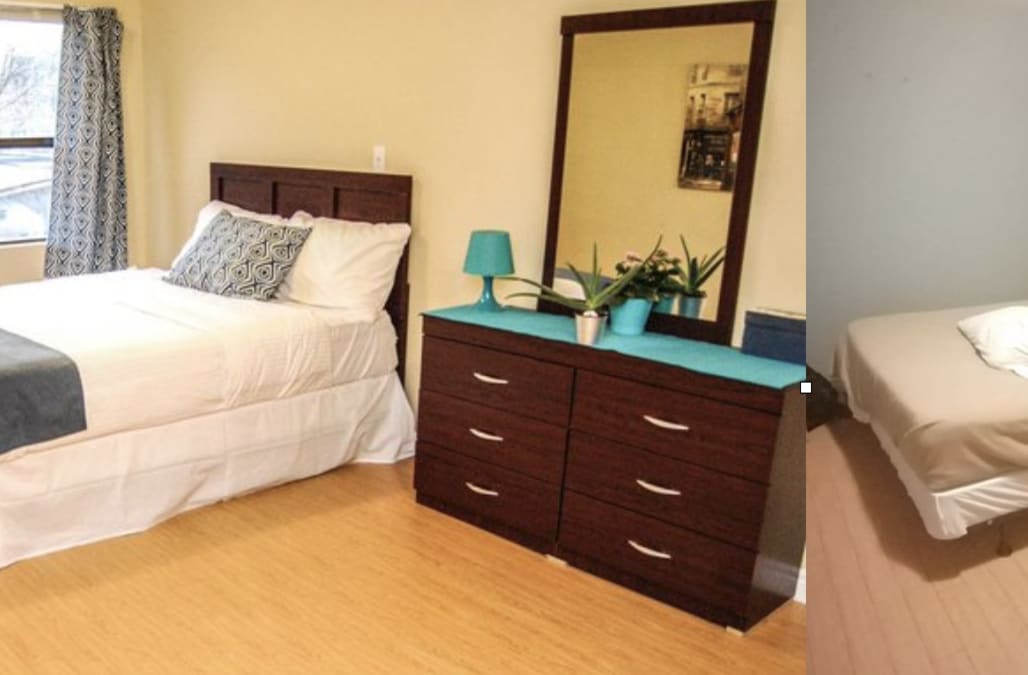 We have all fallen victim to the allure of Facetuning or photoshop, but a hotel in Toronto has pretty much entirely falsified advertised pictures of their rooms.

Twitter user Brooks Otterlake cracked open the case to his 24,000 followers when he discovered that the West Queen West Hotel had a 2.2 out of five rating with hundreds of reviews and needed to investigate further.

A lot of the reviews were user-submitted photos of the rooms — which look abysmal on their own — juxtaposed with what the hotel had been advertising.

I was up until 7am last night because I became obsessed with the West Queen West Hotel in Toronto, rated 2.2 out of 5 on google with 392 reviews. Here is a comparison between advertised photos of their rooms and user-submitted ones pic.twitter.com/sAkGWFtEAO

“Photos are completely false,” a reviewer named Morgan Kelly posted. “We stayed for 2 nights in a room with NO window or DOOR HANDLE. No toilet paper in the shared bathroom, we had to buy our own. No shower curtain, broken mirror. Dirty room with a random article of clothing under the bed from God knows when. Two homeless people broke into our room while we slept and stole our phones. How this place remains in business is beyond me.”

“The room was about what I expected from the price,” another commenter named Jesse wrote. “However, the sheets seemed as though they haven’t been washed in months and the word ‘run’ was carved into the dresser.”

The continental breakfast is also something to marvel at.

These comfy essentials are perfect for at-home workouts

Get a weighted blanket for a better night’s sleep

The post Hotel takes ‘false advertising’ to a new level appeared first on In The Know.