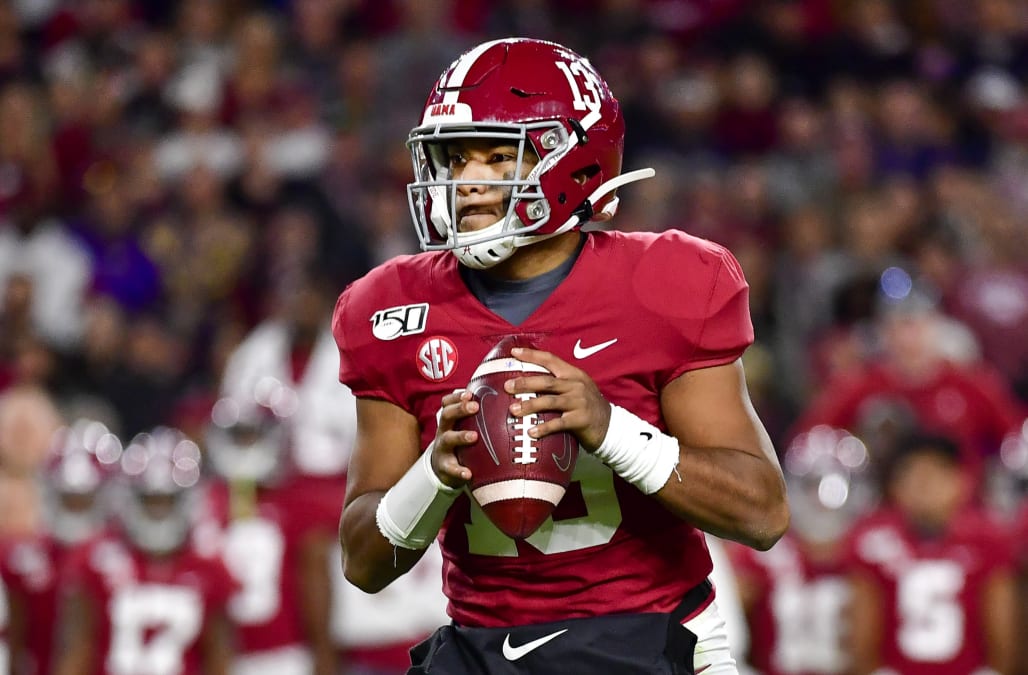 Former Alabama quarterback Tua Tagovailoa had hip surgery in November after painfully dislocating it in a game against Mississippi State, and since then his true fitness for the upcoming NFL draft has been in question. How would the surgery affect his footwork? Would it impact his throwing? Would his hip somehow be on his knee or elbow now?

Tagovailoa posted several videos on Monday night that definitely help answer those questions, the first videos of him throwing a football since his surgery four months ago.

Tagovailoa said he was “practicing social distancing with the long ball,” and whipped off some throws with the accompanying footwork. Lots of small, backwards steps with hip rotations and pivots, and he was transferring his weight from foot to foot easily. Pretty incredible for a guy who was still on crutches less than two months ago. Back in January, he wasn’t even sure that his hip was going to heal correctly.

Of course, Tagovailoa could have collapsed in pain after every single one of those videos and we’d never know. But that seems highly, highly unlikely. He doesn’t look like a guy who dislocated his hip four months ago. He looks like a guy who is on his way to being an early pick in the draft.