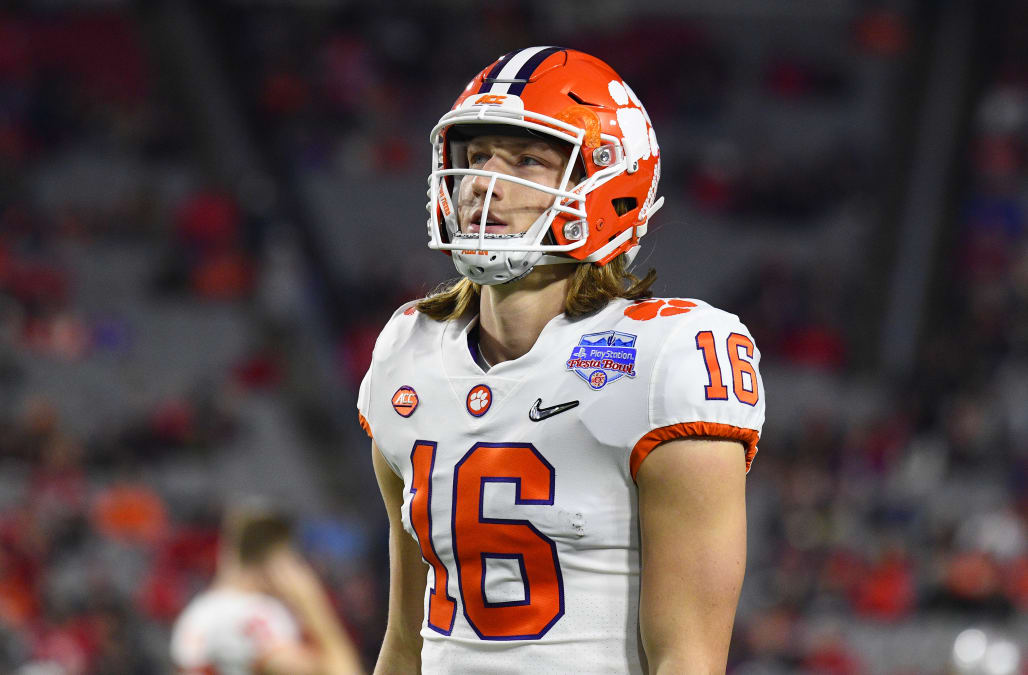 Clemson quarterback Trevor Lawrence and his girlfriend launched a GoFundMe page on Monday in an effort to help those impacted by the COVID-19 pandemic.

Hours later, however, they were forced to shut it down. Their GoFundMe page was a violation of NCAA rules.

Lawrence and his girlfriend, Anderson University soccer player Marissa Mowry, started their “COVID-19 Family relief and support” fundraiser on Monday afternoon and raised nearly $2,700. According to The State, a Clemson official confirmed that the two were not allowed to use the popular crowd-sourcing fundraising page due to NCAA rules that prohibit using name, image and likeness for fundraising purposes.

So, the page was shut down.

“Unfortunately, though, Trevor can not be a part of this anymore due to compliance and some rules, so he can’t help out any more and also we had to take down the GoFundMe page,” Mowry said in a video on her Instagram on Monday.

The pair are instead going to donate that money to No Kid Hungry and Meals on Wheels.

Lawrence threw for 3,665 yards and 36 touchdowns last season while leading the Tigers to a second-straight national championship game. He and Mowry are still planning to write letters to those impacted by the virus in an effort to help raise their spirits.

“Despite all of the craziness and drama with that we were able to raise a little over $2,500. So all of that’s going to go to Meals on Wheels and No Kid Hungry, which is super awesome,” Lawrence said in a video on Mowry’s Instagram story. “Thank you guys, all of y’all that donated. It’s really much appreciated. It’s going to help some kids and some elderly [people] somewhere, so it’s going to be very helpful. So we really appreciate y’all. Sorry for all of the drama and all of the confusion but we got it worked out.”

There were nearly 50,000 confirmed cases of the coronavirus and 615 deaths in the United States as of Tuesday afternoon, according to The New York Times. Only Italy and China have had more confirmed cases, with the global total at nearly 400,000.