Spanish police entertain residents in quarantine: 'They are doing their best' 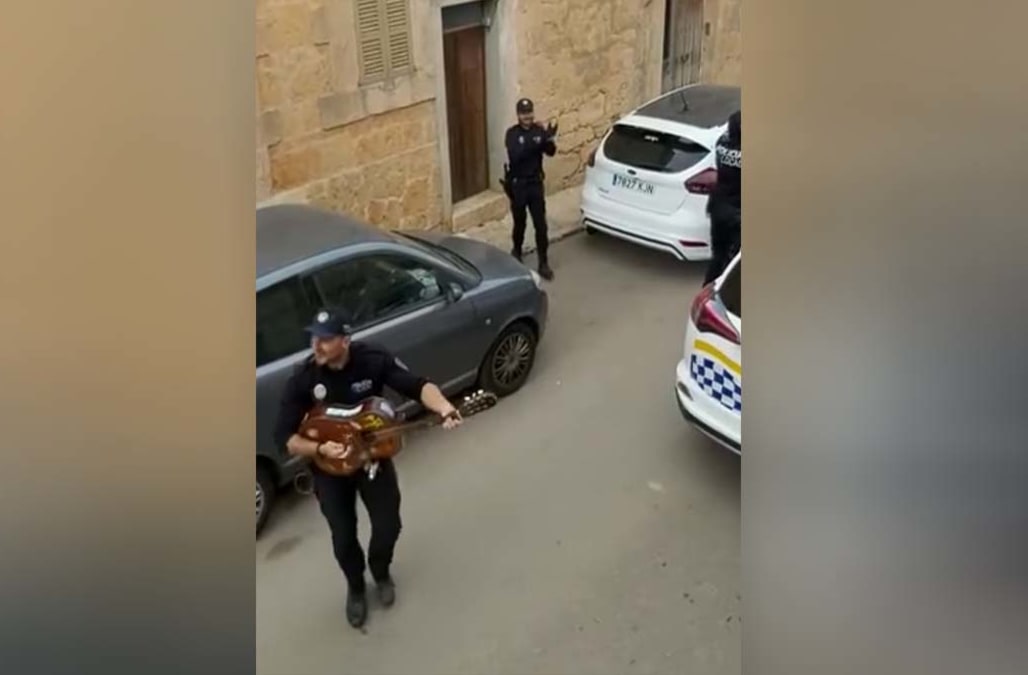 A heartwarming video of Spanish police entertaining a block full of residents who are currently in quarantine has gone viral.

Last Saturday, Tracy Annette shared the 1-minute footage on Facebook. In it, two police cars can be seen pulling into a narrow, empty street in Mallorca before five policemen get out. One of the officers brings out a guitar and asks the residents if they feel like singing.

Some of the residents respond enthusiastically, causing the cop to break out in a rendition of the Catalan children’s song “Joan Petit Quan Balla.” As the officer sings, his colleagues and the residents around him clap along. The cop then concludes his short performance by telling residents to stay strong.

“The police might be very strict here in Mallorca about keeping us in, but they are doing their best also to break our boredom,” Annette captioned the video.

The clip has since exploded on Facebook, receiving nearly 5 million views and over 23,000 comments.

“I have such happy tears just seeing this,” another commented.

The video follows the release of similar ones in which residents in both Spain and Italy have attempted to entertain one another by performing DJ sets on their balconies. According to CNN, Spain announced on March 22 that it planned to extend its state of emergency for 15 days.

These bread makers will help you make the perfect loaf

The post Spanish police entertain residents in quarantine appeared first on In The Know.