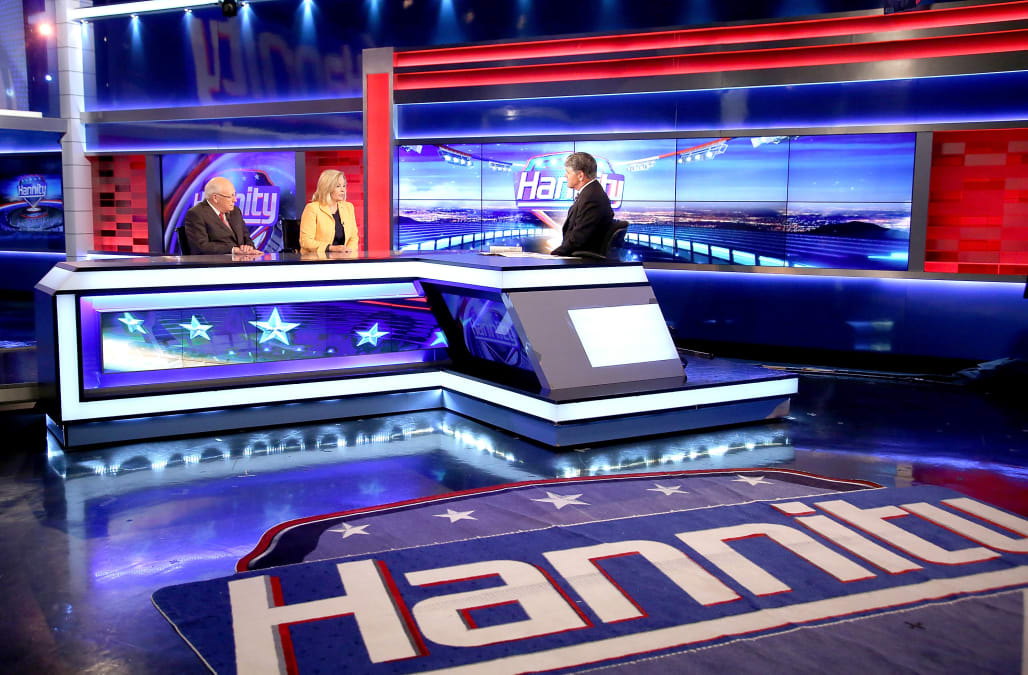 As the coronavirus threat intensified in the U.S. in late February and early March, Fox News viewers received different information than Americans who got their news from other sources. Ben Smith, a longtime reporter and editor and the media critic at the New York Times, set out to understand why. His conclusion: Fox anchors consistently downplayed and even denied the existence of the coronavirus, a failure he blamed on Fox chairman Lachlan Murdoch’s laid-back management style, in contrast to the firm hand of longtime chief Roger Ailes, who resigned in 2016.

On March 9, when 700-plus American coronavirus cases had been confirmed, Sean Hannity told Fox viewers that political enemies of President Trump were using the virus to “bludgeon Trump with this new hoax.” In an interview Tuesday with the Yahoo News podcast “Skullduggery,” Smith told hosts Michael Isikoff and Daniel Klaidman that Fox didn’t just echo the president, who consistently downplayed the virus, but went even further with comments like Hannity’s, which actually called it fake.

Asked for comment, a Fox spokeswoman pointed to a statement that condemned the “cherry picking of clips” from opinion programs as “the definition of politicizing this serious threat.” The statement also highlighted how the story has changed, saying the pandemic “has evolved considerably over the last few weeks.”

As public criticism mounted over the tone of the network’s coverage, News Corp. founder Rupert Murdoch — Lachlan Murdoch’s father — reached out to Hannity with a warning to take the virus “seriously,” Smith reported. Fox host Tucker Carlson, whose reporting on the coronavirus was more aligned with mainstream medical advice, is now the object of scorn by rivals within the network who believe he is burnishing his reputation for independence at their expense.

Fox, which remains a powerful and lucrative media outlet with a firm grip on its audience and advertising dollars, might not be punished, Smith said — other than by facing the likely “consequences ... that some of their viewers will die.”

Smith believes the knee-jerk tendency among Fox commentators to defend Trump vigorously against criticism by the mainstream media caused them to lose sight of the substance of the story itself. Internally, some people at the network took the danger of COVID-19 seriously. Smith reported that Fox News CEO Suzanne Scott was concerned enough that she took proactive steps to better sanitize the network's cafeteria. But Scott had no influence over on-air coverage, and Fox hosts dismissed the threat until mid-March, when the White House itself began taking a different view.

Fox would likely not have lost its way on a story this major as recently as a few years ago, Smith said. Ailes — the former Fox News chairman and trusted Murdoch confidant who died in disgrace in 2017 after several women came forward to accuse him of sexual misconduct and rape — always resisted allowing politicians to dictate Fox coverage.

Smith believes that is no longer the prevailing attitude at the network. The president is personally close to certain Fox anchors, who Smith said often do not share Ailes’s view that “the politicians worked for him and not vice versa.”

The editor of BuzzFeed from 2012 until his recent hiring by the Times, Smith is known to be an astute media observer. Like many big stories, he said, the coronavirus has put the spotlight on great work from individual reporters, outlets and even platforms themselves. Social media coverage of the virus has been spectacular, Smith said, and has been particularly valuable as a forum for doctors and epidemiologists to speak to the public directly. In January, when many people were inclined to believe the conventional wisdom that the coronavirus was overhyped, Smith said, the “voices of both epidemiologists and doctors and nurses on social media ... cut through” when nothing else did.

More from Yahoo News:
Full coverage, FAQs & more: 2020 Election Center
Obama's Ebola czar says coronavirus infections will 'explode' in next few weeks, won't decrease until May
Why the Red Cross and other health organizations turned to TikTok and Instagram to save live