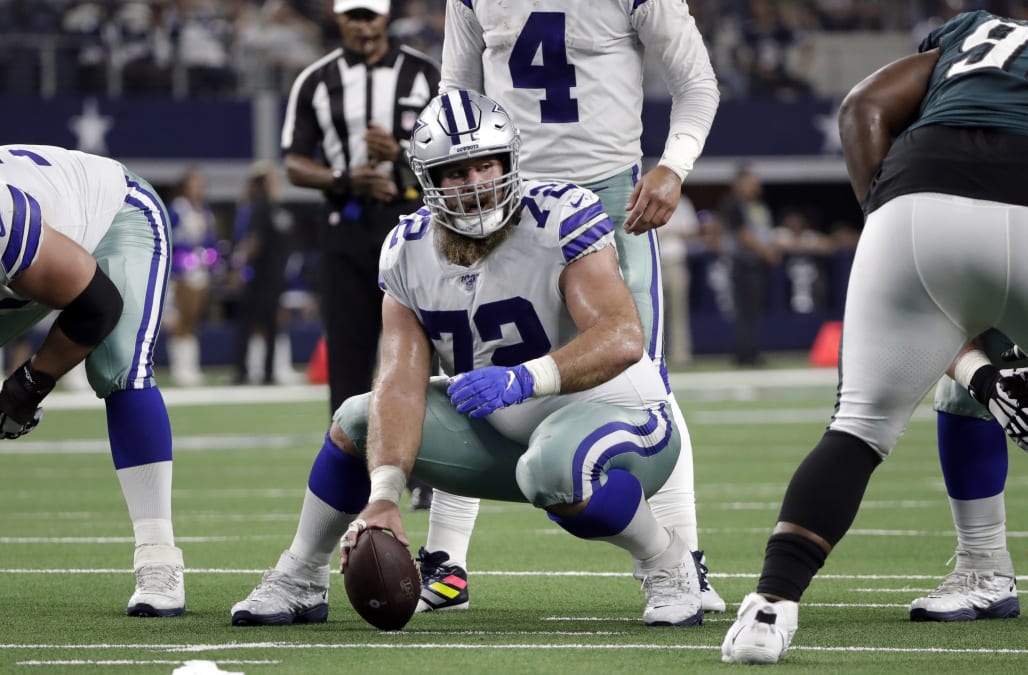 In an offseason that already had the Dallas Cowboys wobbling with a flurry of losses in free agency, a large and unexpected departure dropped on Monday, with All-Pro center Travis Frederick announcing his retirement.

Frederick is also the third loss from the offensive line, with key backups Xavier Su’a-Filo and Cameron Fleming leaving in free agency.

While all of those losses hurt, Frederick’s departure is arguably the most stunning. The three-time All-Pro has been one of the best centers in the NFL since being taken by the Cowboys in the first round of the 2013 draft.

Just recently turning 29 on March 18, Frederick was signed through the 2023 season. He missed the 2018 season after being diagnosed with the immune disorder Guillain-Barré syndrome during training camp, before returning to action in 2019.

His retirement will trigger $11.346 million in dead money on the salary cap in the interim, although Dallas could attempt to recoup $10.39 million in restructure bonuses that were spread out from 2020 to 2022.

In his statement, Frederick cited his diagnosis and redialing of his priorities as reasons for stepping away.

“I started a journey almost two years ago that completely blindsided me,” Frederick said. “When I developed Guillain-Barré Syndrome, I did not know how to handle things. I was scared. That experience forced me to reevaluate my life priorities. I spent much of that year thinking about both the past and future. I realized how fortunate I was to play a game for a living. I realized how fortunate I was to make friends and become teammates with some great men. Most of all, I realized the importance of my family and how much I want to be there for their peaks and valleys as they were for me.

“Football is risky,” he continued. “Each day, players go to work knowing this could be their last day playing. Facing the potential end of my career because of my illness forced me to imagine life after football. I had to prepare for my career potentially ending. Some players fear life when it no longer revolves around football; the moment one stops playing the sport to which one’s identity and dreams have been tied to for 20 years. After months of contemplation, I not only accepted that moment, but I also, surprisingly found myself welcoming the moment. I was ready for the next stage of my life; however, the competitor in me would not accept going out without returning to the field. I made my return to the field, played well overall, and was selected to the Pro Bowl, but it was a difficult year for me. Each day I faced a struggle: I could no longer perform at my highest level. Playing ‘well’ is not what I expect of myself and is not what my teammates deserve. Because of this, I know my days as a football player are done. I am proud of what I have accomplished in my career, and I walk away with my head held high.”

Team owner Jerry Jones issued a statement Monday thanking Frederick and calling him, “[T]he core piece of what I believe to be one of the most talented and skilled NFL offensive lines that has been assembled.”

“His leadership ability, production and intelligence put him at the top level of interior offensive linemen in our league for many years,” Jones said. “At the pinnacle of his success, his career on the field was only exceeded by a rare display of courage and determination in overcoming a life-threatening illness and returning to the game — a challenge that could only be completed by a person with rare levels of perseverance and strength.”

A bedrock player in the middle of the Cowboys’ most talented offensive lines since 2013, Frederick leaves a hole that could take some juggling to resolve. There isn’t an obvious quality center available in free agency, nor one rated highly enough to take with the 17th pick in the draft. The Cowboys could reach for Michigan’s Cesar Ruiz, who is considered a fringe first-round pick or trade back in an effort to take Ruiz while stacking other picks.

LSU’s Lloyd Cushenberry could be a second-round target, with the Cowboys holding the 51st overall pick.