Airline staff stuns college students with mid-flight announcement: ‘Everyone on the plane was clapping’ 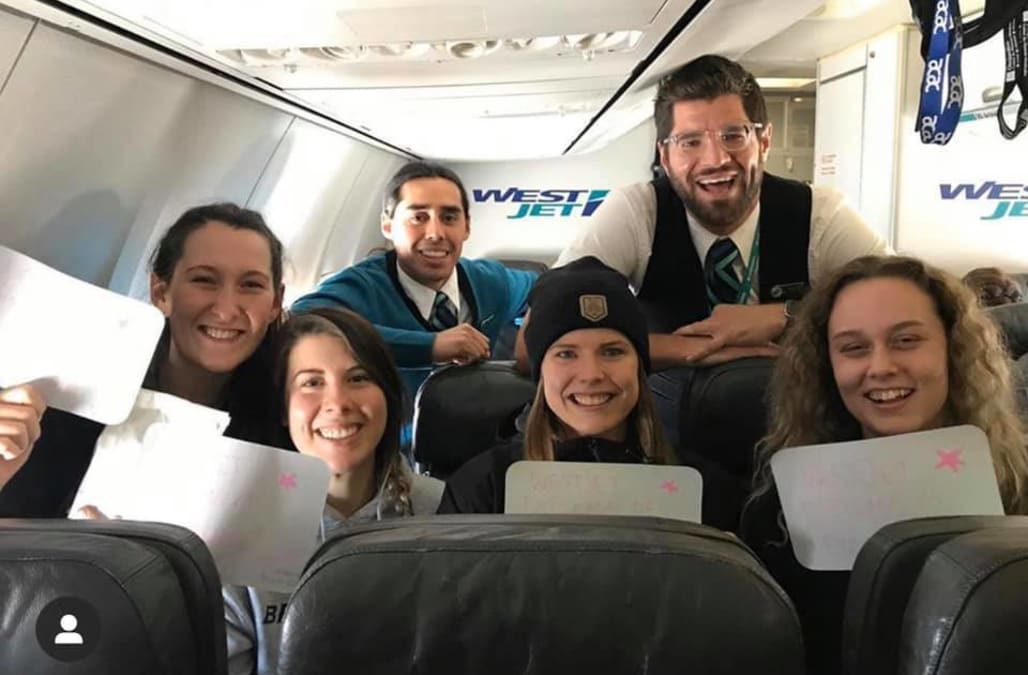 A group of college students got the ultimate surprise after finding out their graduation ceremony had been canceled.

The four women, who are seniors at Briercrest College and Seminary in Saskatchewan, Canada, were about to fly home from a volleyball tournament in Quebec when they learned about the cancellation, Insider reported.

But the students, who are the only four seniors on their volleyball team, still got to have their ceremony — just in a far less predictable location.

The flight attendants aboard the team’s WestJet flight home found out about the situation and decided to hold their own mid-flight “graduation” for the seniors. Just before the plane landed, the crew surprised the four students with an announcement, which one student, Rebecca Garnder, captured on video and sent to her mom.

“We at WestJet don’t like when things are canceled,” a flight attendant can be heard saying at the beginning of the video. “So we’re going to give [these women] a small graduation ceremony here on the aircraft.”

From there, other passengers begin applauding as the flight attendants name each student — Ashley Erickson, Kirsty Kindrachuk, Rebecca Garner, and Elicia Weibe — one by one.

“I was so shocked! I didn’t think [it] would actually happen. Everyone on the plane was clapping and loving it, it seemed like,” Garner, whose mom shared the now-viral video, told Insider.

The flight attendant making the announcement even hums the “Pomp and Circumstance Graduation Walking March,” the orchestral song commonly performed at commencement ceremonies. Each senior also got her own handmade “degree.”

Nancy Watt Gardner, whose post sharing her daughter’s video has been viewed more than 40,000 times, wrote that the ceremony was a “heartwarming story” during an otherwise “heartbreaking” time.

“It warms my heart to see the compassion they have shown our girls. Thank you WestJet for showing kindness,” the mom wrote.

The post Airplane staff throws college students a mid-flight graduation appeared first on In The Know.

The comfiest pajamas 25 percent off from Nordstrom’s sitewide sale