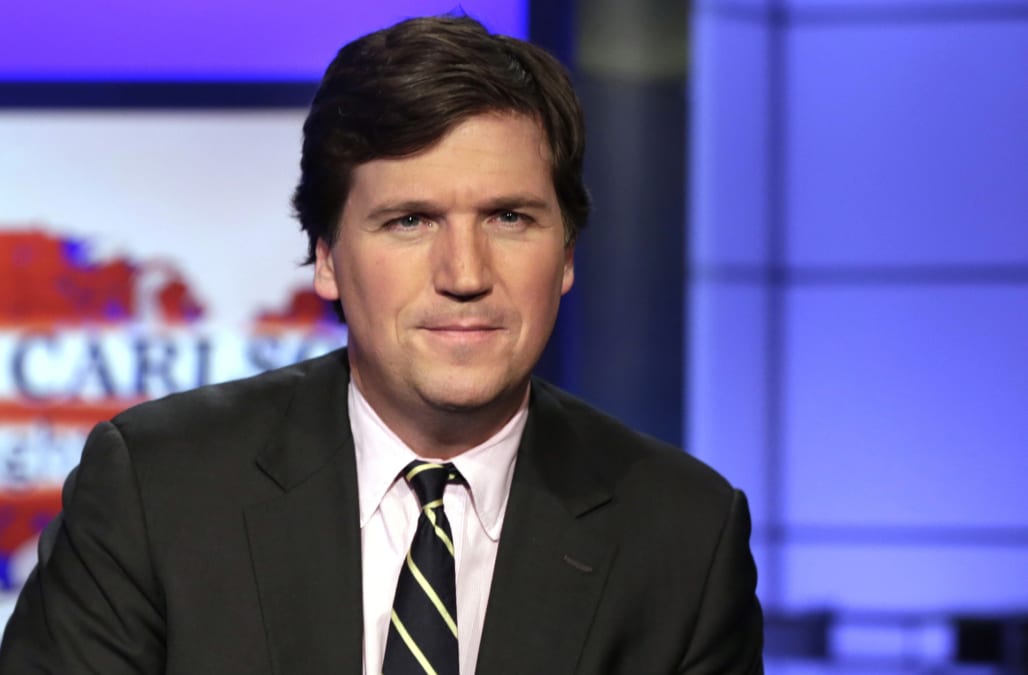 On Thursday night, Fox News host Tucker Carlson called for Republican Sen. Richard Burr of North Carolina to resign and be prosecuted for insider trading. Earlier in the day, the investigative news site ProPublica reported that the Senate Intelligence Committee chairman sold stock in mid-February that he knew would take a hit due to the coronavirus pandemic. And while Burr downplayed the threat of the coronavirus publicly, NPR obtained a recording of him privately warning of its dangers.

“There is one thing about this,” Burr is heard saying in the recording, “it is much more aggressive in its transmission than anything we have seen in recent history. It’s probably more akin to the 1918 pandemic.”

The 1918 pandemic to which Burr is referring is estimated to have killed between 50 million and 100 million people worldwide.

Carlson slammed Burr not only for insider trading, but also for not warning the public about how dangerous the coronavirus actually is.

“He had inside information about what could happen to our country, which is now happening, but he didn’t warn the public,” Carlson said. “He didn’t give a prime time address. He didn’t go on television to sound the alarm. … Instead, what did he do? He dumped his share in hotel stocks so he wouldn’t lose money, and then he stayed silent.”

Carlson went on to call for Burr to resign and be prosecuted.

“Maybe there’s an honest explanation for what he did. If there is, he should share it with the rest of us immediately,” Carlson said. “Otherwise, he must resign from the Senate and face prosecution for insider trading. There is no greater moral crime than betraying your country in a time of crisis.”

Burr, who was one of only three senators to vote against a bill in 2012 banning insider trading by lawmakers, immediately began trending on Twitter, which is where the senator defended his actions in a series of tweets.

In a tabloid-style hit piece today, NPR knowingly and irresponsibly misrepresented a speech I gave last month about the coronavirus threat.

Let me set the record straight. 1/

But the damage had already been done.

North Carolina is sickened by our greedy and gross senior Senator. #BurrMustResign#BurrKnew#ProfitsOverPeoplehttps://t.co/dUbGZGBDl5

Senator Burr should be in prison. Full stop.

Soon after the news about Burr was made public, it was reported that Sen. Kelly Loeffler (R-Ga.) also sold stocks before the coronavirus tanked the market. According to the report, following a classified briefing about the coronavirus, Loeffler sold stock that has since plummeted and bought stock in a teleconferencing company that has since seen a small bump. Despite her knowledge and activity on the stock market, Loeffler continued to post tweets downplaying the coronavirus and assuring the American people that the economy was strong.

There's no denying that @POTUS’s economy is on fire, bringing more jobs & opportunity for all Georgians & Americans:

We can't let the Left stop this economic boom.

Democrats have dangerously and intentionally misled the American people on #Coronavirus readiness.

Concerned about #coronavirus? Remember this:

The consumer is strong, the economy is strong, & jobs are growing, which puts us in the best economic position to tackle #COVID19 & keep Americans safe.

Loeffler appeared on Fox News Friday morning and denied any wrongdoing, saying, “It’s absolutely false and it could not be true.”

More from Yahoo Entertainment Video:
5 educational Netflix shows your kids can watch while they’re stuck at home
Emilia Clarke reveals what ‘annoyed’ her about ‘Game of Thrones’
Twitter users share confusion over ‘embarrassing’ wrestling incident: ‘How did this get on someone's TV?’