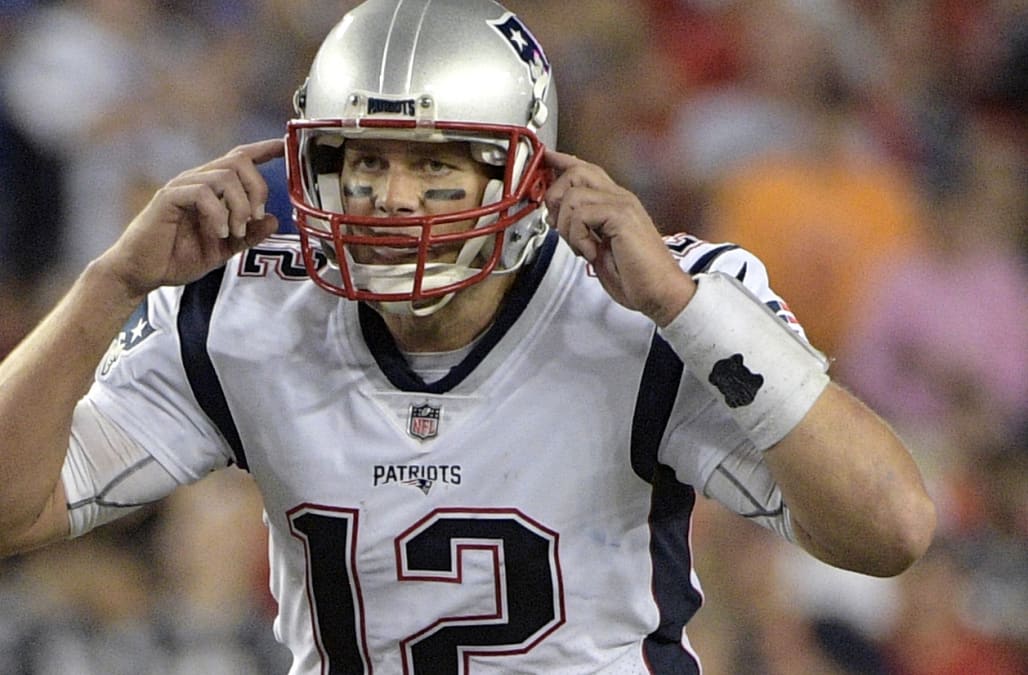 All Brady wanted was the phone numbers of his new receivers.

That’s one of the key revelations in a remarkable pair of reports on how the six-time Super Bowl-winning quarterback ended up cutting ties with the franchise he helped transform into a dynasty. ESPN’s Seth Wickersham breaks down the breakup with an emphasis on the last couple years in New England, while the Tampa Bay Times’ Rick Stroud tells the story of several frenetic days from Tampa Bay’s point of view.

Together, they paint a picture of a player who’s not looking to go south for warm weather, a fat paycheck and an easy ride. Rather, they show a Brady who’s as prepared and competitive as ever, ready to play for a new, more fun coach and unleash a new, more potent corps of receivers. There are many months of preparation and pain between now and then, but this whole TB-to-TB thing might not be a lark after all.

ESPN zeroes in on the moments after the Pats’ recent season-ending loss to the Tennessee Titans as a key to Brady’s headspace. Brady’s typical postgame appearances are the equivalent of movie cameos — he shows up in perfect attire, takes a couple quick perfunctory questions, and as soon as he senses an opening, he’s gone.

But after Bill Belichick grumped through yet another Belichickian appearance, Brady appeared behind the podium, a bit rumpled, a bit unkempt, but willing to answer question after question, even after the Patriots’ PR reps tried to shut down the Q&A.

“He did not say anything revelatory,” Wickersham writes, “but he carried himself like a person who knew this might be the last time he did something he had done many times.”

What ESPN makes clear is what many outsiders had long suspected: Brady was chafing under the rule of Belichick, knowing that he was no more valued in the long run than a disposable offensive lineman. Every attempt he made to get out from under Belichick’s thumb, whether through longer contracts or TB12 branding, was swiftly turned back. And so all the subtle moves — selling his Boston-area home, not committing on-camera to returning — ended up meaning exactly what Patriots fans feared they would mean.

Tampa Bay gets the call

But behind the scenes, as Stroud notes, head coach Bruce Arians had apparently lost the last of his patience with Jameis Winston, and general manager Jason Licht had begun scouting free agent and free-agent-to-be quarterbacks, including Brady. Tampa Bay has a lot to offer — aside from the weather, it’s relatively close to Brady’s family in New York, and Arians has a reputation as one of the game’s great offensive minds.

Even so, the Bucs believed they needed to sell Brady hard on the franchise. The opposite, as it turned out, was true: Brady did most of the talking during their 90-minute interview Wednesday night, making it clear he knew exactly what he was doing.

“His preparation, as usual, was next level,” Stroud writes. “He knew all about Arians’ offense and was eager to operate it. He could recite, by position, the list of offensive weapons. He was intrigued by the notion of having two Pro Bowl receivers in Mike Evans and Chris Godwin. He didn’t ask about them as players. He wanted to know, ‘Are they good guys?’ ”

Arians and Licht couldn’t believe their good fortune, and hours later, Brady was a Buc, one of the most stunning free agent swerves in recent sports history. And the fact that he asked for phone numbers, not control, seems to indicate exactly how he’s going to approach his Tampa Bay stint: as an opportunity to add to his legacy, not just wrap it up.

What it all boils down to, then, is that at some point, Brady decided that while winning remains a noble goal, winning on someone else’s terms no longer works for him. At some point, you stop banging your head against a brick wall and just walk away.

“Brady wasn’t just looking to win Super Bowls, victory at all costs, the ethos of most of his career, fabulously successful and spectacularly unhealthy,” Wickersham writes. “He wanted what everyone wants from an employer: to feel valued and to love work. They seemed like two reasonable asks — until Brady realized that in New England, under Bill Belichick, he might be asking the impossible.”

The Patriots have spent two decades watching Tom Brady assess, then fillet 31 other teams. They’re about to find out what it’s been like for everyone else.