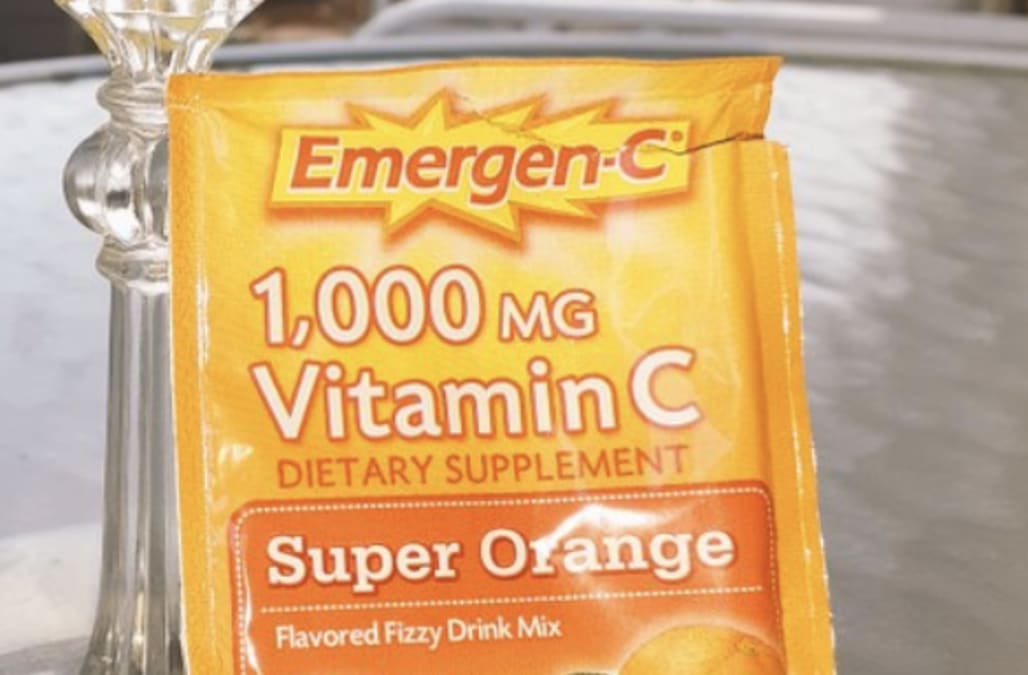 Emergen-C issued a warning on Twitter, advising customers not to mix its vitamin supplements with alcohol after photos of a Twitter user’s “quarantini” went viral.

The brand responded to Marilyn Starkloff after she shared an image of what appeared to be a cocktail made of Aviation Gin and a “super orange” flavored Emergen-C.

One packet of the powdered drink supplement contains 1667 percent of the daily recommended dose of Vitamin C, making it a hot commodity during any regular flu season and, particularly, amid the coronavirus outbreak.

“Time for a quarantiniii,” she wrote, tagging both the gin brand and its owner, actor and Twitter fiend Ryan Reynolds.

Sadly, instead of a response from the A-lister, Starkloff got a reply from Emergen-C, asking her to kindly knock off her hijinks.

“We do not recommend taking any of our products with alcohol,” it wrote.

We do not recommend taking any of our products with alcohol.

However, the good-humored liquor brand swooped in to save the day, penning back a lighthearted apology on Starkloff’s behalf.

We're sorry about this @emergenc but also big fans.

The brand later took to Twitter again to share that it does not advise customers to imbibe if they’re feeling under the weather.

“While everyone should take precaution during these times we do not recommend having a ‘Quarantini’ or any alcohol if you’re feeling under the weather,” it wrote.

While everyone should take precaution during these times we do not recommend having a 'Quarantini' or any alcohol if you're feeling under the weather.

Illicit or not, the beverage reaped tons of positive reactions on Twitter.

“You’re a genius,” one user commented in GIF form.

“Do you know of an orange vitamin C product that isn’t a killjoy?” another wrote, taking a shot at Emergen-C.

Do you know of an orange vitamin C product that isn't a killjoy?

These silicone ‘Food Huggers’ are the secrets to longer-lasting food

The post Emergen-C wants you to please stop mixing alcohol with its supplements appeared first on In The Know.