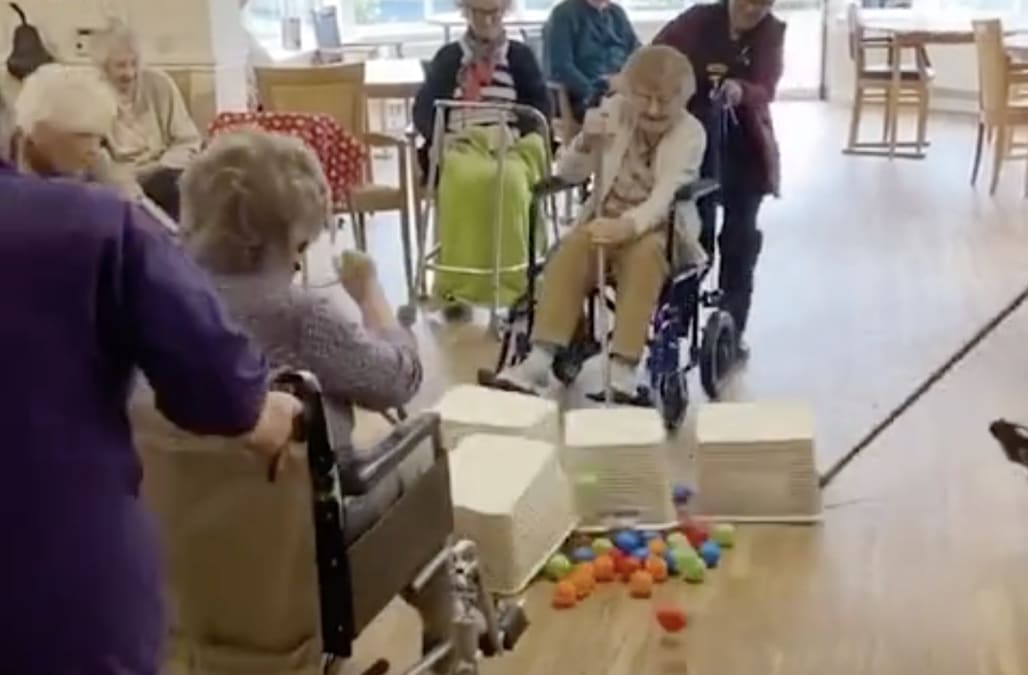 A nursing home in Wales went viral for a hilarious reason.

The Bryn Celyn Care Home recreated the game Hungry Hungry Hippos, but with its residents.

The original tabletop game has four hippos with moveable mouths that players control to eat as many marbles as possible.

Bryn Celyn played, but with a twist. Residents were sat in wheelchairs and handed an upside-down basket attached to a broom. Once the game starts, nurses gently push the players into the middle of the circle, where there is a pile of plastic balls, and residents try to “gobble” as many balls as they can with their basket.

Homes like Bryn Celyn have had to restrict visits recently, so nurses came up with the game to keep the residents occupied.

Bryn Celyn said that the game boosted morale for both the residents and the staff and ended in peels of laughter.

These bread makers will help you make the perfect loaf