Trump responds to question about coronavirus fears by bashing the media 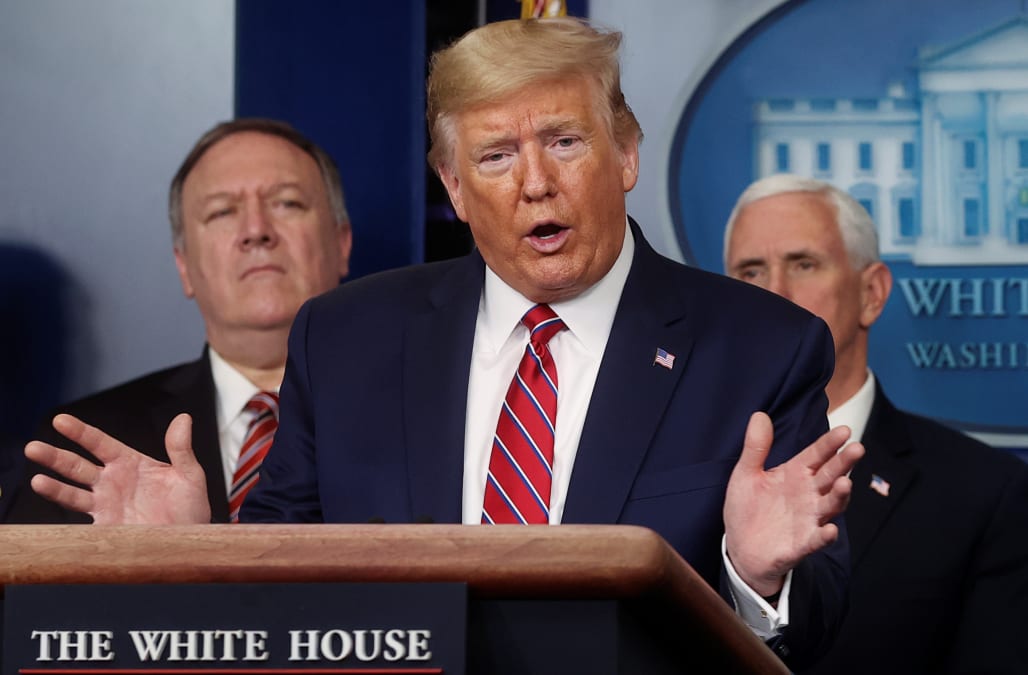 President Donald Trump lambasted an NBC reporter who asked what he would say to Americans who are fearful of the coronavirus pandemic, calling the question “nasty” and telling the reporter he should be “ashamed.”

On Friday, Trump addressed the nation in a press briefing about COVID-19 and the administration’s efforts to stop its spread.

Upon opening the floor for questions, NBC’s Peter Alexander asked the president, “What do you say to Americans who are watching you right now who are scared?”

He then criticized NBC and Comcast, telling Alexander, “You might want to get back to reporting” and “You ought to be ashamed of yourself.” (NBC is a subsidiary of Comcast.)

NBC's @PeterAlexander asks Trump what he'd say to Americans who are frightened.

Trump goes on rant against Alexander, says he asked a "nasty question," calls him a "terrible reporter" and attacks NBC and Comcast. pic.twitter.com/vZAk3M4mqR

“My message to the American people is that there is a very low incidence of death ― you understand that ― and we’re going to come through this stronger than ever before,” he said.

“If you happen to get it, it is highly unlikely ― it’s looking like it’s getting to a number that is much smaller than people originally thought in terms of the ultimate problem, which would be death. My message to the American people is number one, you’ve done an incredible job. ... There is tremendous hope.”