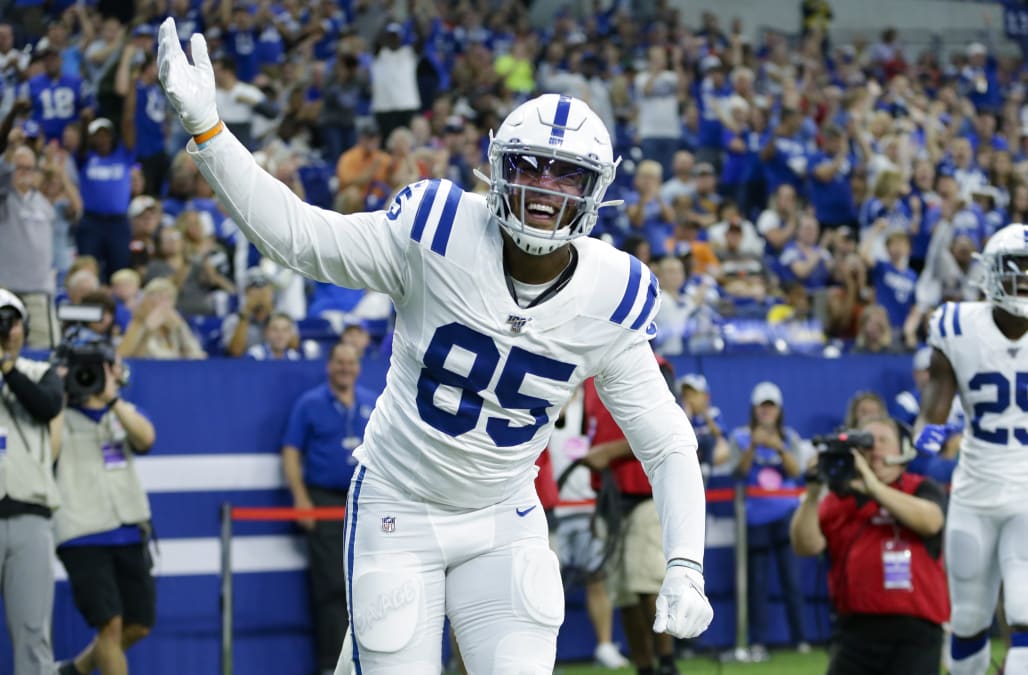 Ebron, a first-round draft pick in 2014, struggled to live up to expectations in four seasons with the Detroit Lions. But he emerged as a valuable playmaker with a change of scenery when he tallied 13 touchdowns and 750 yards on 66 catches with the Indianapolis Colts in 2018, earning Pro Bowl honors.

After two seasons in Indianapolis, Ebron will now be catching passes from Ben Roethlisberger, who said earlier Thursday he expects to be ready to play in the fall following elbow surgery last season.

The 26-year-old is a dangerous pass catcher who can make plays downfield and in the end zone and should be a top target for Roethlisberger.

The Steelers are also finalizing a trade to send a 2021 fifth-round pick to the AFC North rival Baltimore Ravens for defensive lineman Chris Wormley and a 2021 seventh-round pick, according to NFL Network.

More from Yahoo Sports:
Reports: Former Chargers running back Melvin Gordon to join rival Broncos
Buccaneers' Super Bowl odds at BetMGM had a massive change after getting Tom Brady
Ex-Lions CB Darius Slay slams Matt Patricia after trade: ‘It was hard for me to play for him’