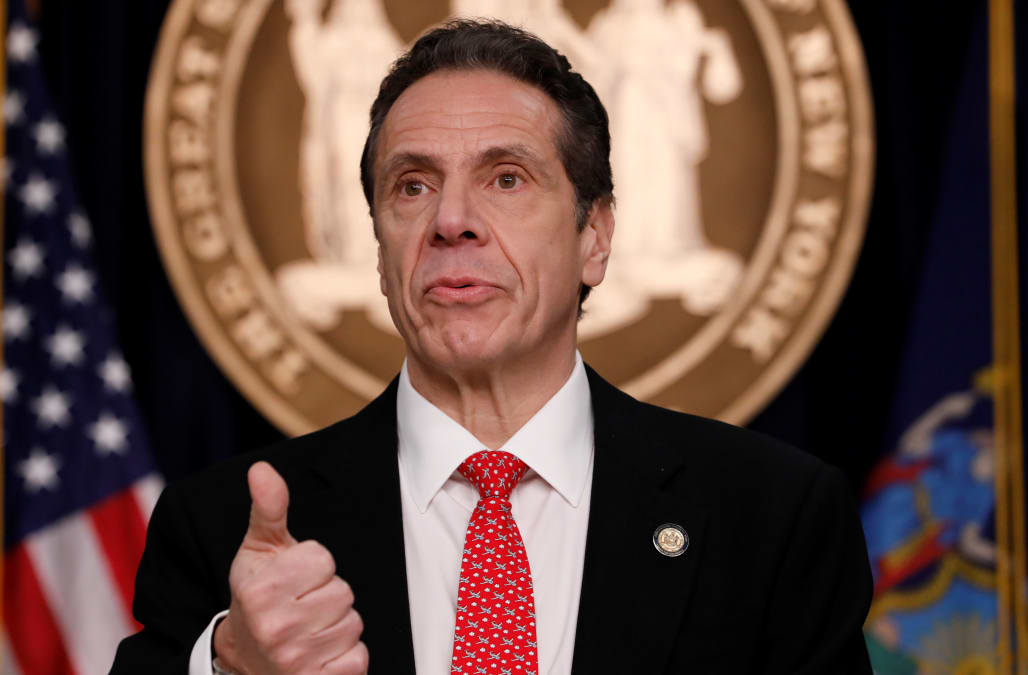 New York Gov. Andrew Cuomo (D) on Friday issued the state’s strictest and most grave policy yet to stem the spread of COVID-19, the disease caused by the coronavirus. Cuomo ordered the entire state to “remain indoors to the greatest extent,” mandating all workers stay home unless they are performing essential functions, like providing food, utilities and health care.

The order, called NYS on Pause, appears similar to the shelter-in-place and safe-at-home mandates enacted by officials in California earlier this week, though Cuomo said it was not a shelter-in-place order. It will go into effect on Sunday evening.

Any “nonessential gatherings of individuals of any size” should be canceled or postponed. Getting exercise outside is permitted, but individuals should socially distance, remaining 6 feet away from others. Essential businesses, such as grocery stores, pharmacies, banks and the media, must also practice social distancing.

Members of more vulnerable populations, such as seniors over the age of 70 and immuno-compromised individuals, will have even more stringent provisions, under Matilda’s Law, which Cuomo named after his mother.

The order will be enforced with fines and mandatory closures for businesses, Cuomo said, stressing that these are “not helpful hints.”

He said later that individuals would not be fined.

All eviction proceedings in New York will be suspended for 90 days as well, he said.

In recent days, Cuomo has been working with the governors of Connecticut, New Jersey and Pennsylvania to implement uniform policies to slow the spread of the coronavirus throughout the region.

Cuomo said he consulted with state, national and international experts to impose the order. Several countries have essentially locked down in order to slow the spread of the virus.

New York City Mayor Bill de Blasio (D) has been calling for a shelter-in-place measure all week, after San Francisco became the first major metropolitan area in the U.S. to impose such an order on Monday. But the order had to come from Cuomo, who had initially resisted, citing the fear that it may cause.

On Friday, Cuomo particularly urged young people to practice social distancing, stressing that they too can contract the virus, and even if they do not show symptoms, they can still transmit it to older and more vulnerable individuals.

“Even if you’re young and strong, and everybody is Superman or Superwoman — ‘I can deal with it.’ Oh yeah?” Cuomo said. “You can give it to your grandparent or your parent.”