Ex-Lions CB Darius Slay slams Matt Patricia after trade: ‘It was hard for me to play for him’ 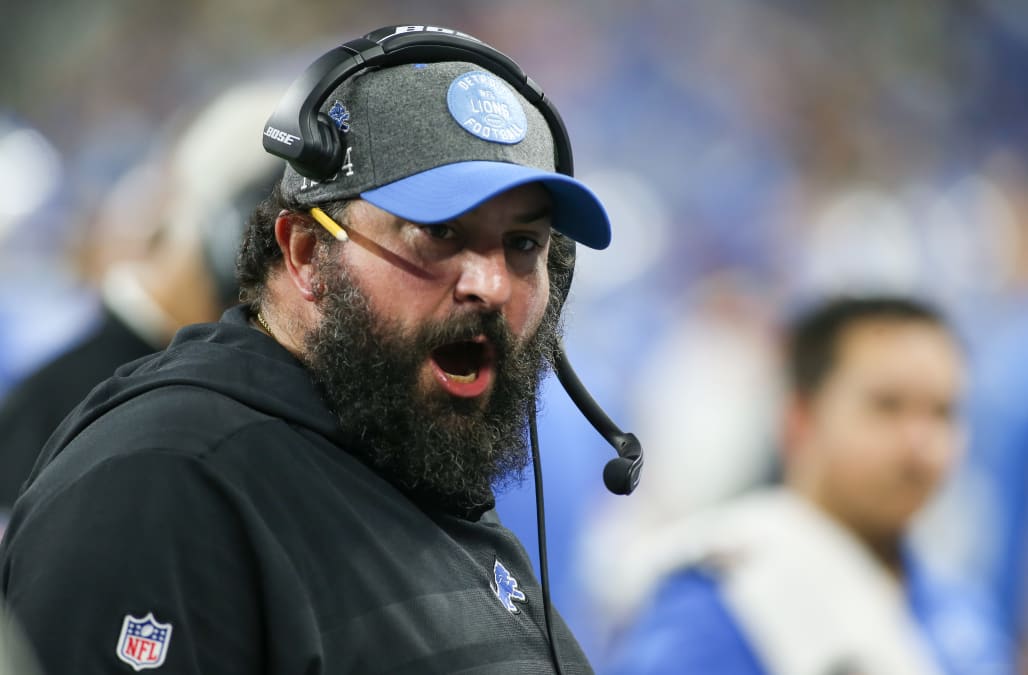 Darius Slay didn’t wait very long to start airing out his grievances about the Detroit Lions.

Slay, who was traded from Detroit to the Philadelphia Eagles on Thursday morning, quickly slammed former coach Matt Patricia in an interview with WJR on Thursday afternoon.

Their relationship, he said, has been a rough one since the very beginning.

“Shoot, I didn’t have that much respect for Matty P as a person,” Slay said on the show. “It was hard for me to play for him.”

Slay was selected by the Lions in the second round of the 2013 draft, and has spent his entire career there. He had two interceptions and 46 total tackles in 14 games last season, his seventh in the league.

The 29-year-old was traded to the Eagles reportedly for a future third-round and fifth-round draft pick. He also reportedly signed a three-year, $50 million extension with Philadelphia — which will make him the highest-paid cornerback in the NFL.

Detroit! Ya’ll have been so good to me & my family. I’m going to miss all the fans & showing the city love. I appreciate the fans, coaches, staff & City. Nothing but love & respect to y’all. To my Eagles fans, ya boii is READY TO WORK! @MeekMill whats goooood! #Eagles#FlyHighpic.twitter.com/gnhf1IpmjD

Slay told the Detroit Free Press on Thursday about an incident that happened during training camp in 2018, too, just months into Patricia’s tenure with the team.

“He told me in front of the whole team, in the team meeting room, showed clips of me in practice getting a ball caught on me or so in practice,” Slay said, via the Free Press. “I posted a picture [of a wide receiver on social media], and he told me, stop sucking this man’s private. So I’m like, ‘Whoa.’ I’m like, ‘Hold up.’ Where I’m from, that don’t fly. Cause I wouldn’t say that to him. I wouldn’t say to him to stop you know what to Bill Belichick. I wouldn’t do that. That’s just not me as a man. That’s disrespectful to me and so from there on it was done with.”

Slay said that he was so upset that teammates had to calm him down, and that the incident was what soured their relationship right from the beginning.

He also said that former running backs coach David Walker approached him after the meeting and said that Patricia was simply using him as an example to prove his point about wanting players to stay off social media.

“I was real teary-eyed because I got real, real mad and he was like, 'Slay, man, he’s just trying to ... set the tone for the team that some stuff don’t go. He don’t like social media so he trying to post it, make it calm social media down,' cause a lot of us like social media," Slay said, via the Free Press. “I said, man, I wasn’t trying to hear that because of the fact that I’m a grown man, he’s a grown man. Like I said, I wasn’t saying nothing like that to him to disrespect him like that. I wasn’t trying to disrespect that man in no way because I respect him as a man. But I felt there was no mutual respect as a man but he respect me as a player.”

Patricia took over in Detroit before the start of the 2018 season and has posted a 9-22 record in his first two years with the organization. The team won just three games last year.

While Slay said he would have enjoyed staying in Detroit, he had a feeling that he was going to be leaving this summer. He said and Patricia disagreed on a little of everything, too.

“Of course I wanted to stay [in Detroit] for a minute, but I already knew how me and Matt Patricia is,” Slay said on the show. “That wasn’t going to last long.”

The three-time Pro Bowler gave an example of an issue he had with Patricia, and said that the former New England Patriots assistant once told him that he wasn’t an “elite” player.

Patricia responded to Slay’s claims to the Free Press in an email on Thursday night.

“Over the last two seasons, Darius and I have had multiple conversations in private that I believed were constructive and satisfactory,” Patricia said, via the Free Press. “My discussions with athletes are confidential and I won't comment on anything discussed with our players in a team meeting. I appreciate his hard work and wish he and his family all the success in Philadelphia.”